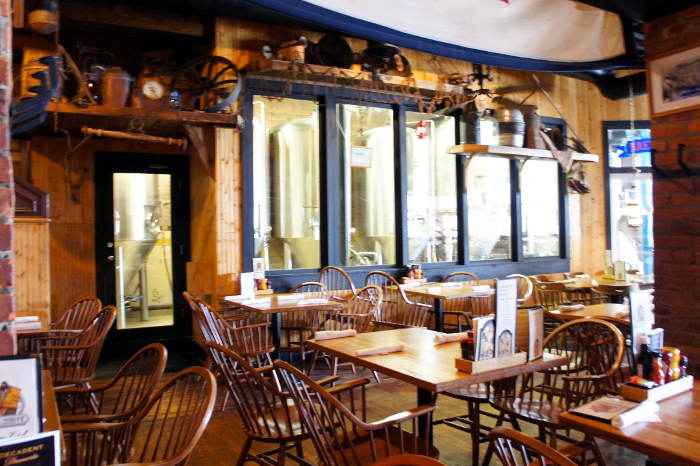 The Facts on Pearly Street Grill and Brewery

My naive perception of Pearl Street Grill is that it has always been there, as is. Over countless visits to downtown Buffalo, Pearl Street was the first thing I saw when exiting the skyway. In reality it was transformed into what it stands as today, in 1997. The building has housed many endeavors. Dressmaker after dressmaker inhabited the space for almost 50 years, after that it became a hardware store and eventually the restaurant biz took over. Years later, Pearl Street Grill & Brewery was founded. The space now consists of four floors and the basement, each a bit different, housing 9 bars and serving authentic Buffalo pub fare.

Our most recent visit on a chilly weekday afternoon was enjoyable and relaxing. The space is comforting, like an old worn-out pair of slippers. The menu ended up being limited due to a kitchen remodel during the February restaurant lull. We were pleased with the options and in fact didn’t notice until after we were done eating. I have no problem with small menus as long as they offer some creativity. This one did so subtly. 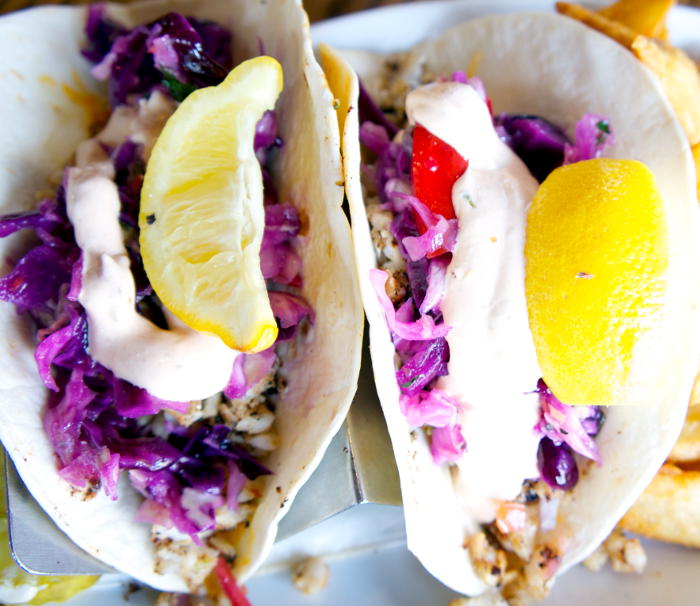 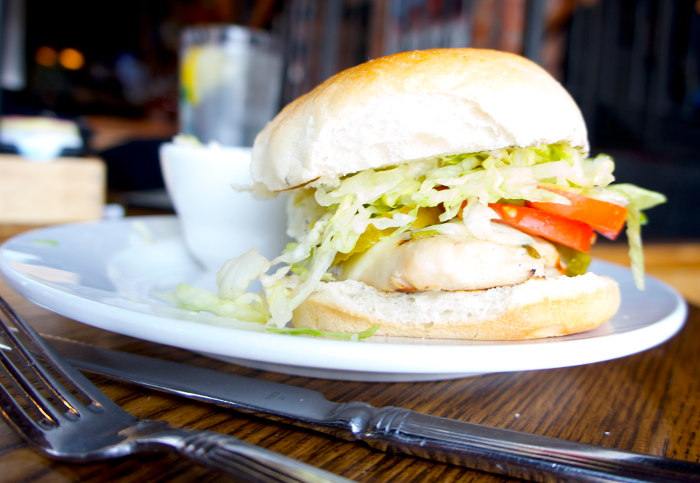 The first thing to catch my eye, aside from the busy, old school interior, was the Gouda Soup on the menu – a unique blending of imported smoked Gouda and Pearl Street’s own Lighthouse Ale. “A must try and rapidly becoming a Buffalo icon,” says the menu. Done and done. It was excellent.  I felt pretty guilty about eating a cup of rich cheese and beer, but it was worth the calories. My companion ordered the soup du jour, Southwest Black Bean. The smell was only outdone by the flavor.  This may have inched-out the Gouda for me. If you’re lucky enough to see it on the specials do not hesitate.

After soup I enjoyed Fish Tacos from the sandwich menu – made with cajun whitefish, jack, jalapeño cilantro slaw, and chipotle lime sour cream, served in twin flour tortillas, in a fancy taco holding device ($9.25). I opted for fries instead of homemade potato chips or slaw – the server told me they were too good to pass up. I wouldn’t go that far, but they weren’t bad. The whitefish in the tacos was served in small pieces, cajun notes accounted for. I enjoyed the slaw, although the jalapeño cilantro flavor combination didn’t make much of an appearance. While I was thrilled with the lack of tomatoes, I would have liked to see something more baja-esque substituted for the slightly adapted sour cream. Overall they were tasty.

We also ordered the Spinach Chicken Sandwich – chargrilled chicken breast topped with sautéed spinach and melted Provolone with roasted garlic mayo, lettuce and tomato. Served on a bulky roll ($9.25). This may sound like your average chicken sandy, but in fact the sautéed spinach was a surprising game changer. The combination of the garlic mayo and melted provolone created a rich flavor, the bun was toasted to perfection and the lettuce crisp. This dressed up chicken sandwich was a home run.

As I’m sure many of you know, Pearl Street is not only bar and grill but brewery too. They serve house-made craft beer brewed in the next room, or depending on the room your in, before your eyes. Their tap handles serve mostly micro-brews by Pearl Street Brewing Co. Currently they’re serving these seasonal beers:

They also have a long list of house-made selections on The Draught Board, including Trainwreck – their signature brew, Lake Effect – an East Coast style pale ale, Lighthouse, Street Brawler and quite a few more, cleverly named to induce hometown nostalgia. It’s funny how much we complain about the weather this time of year, but we’re insanely proud to see a beer named Lake Effect. Sadly, we didn’t test out the micro-beers on tap – we’ll be back. It was lunch on a weekday, and we get considerably less work done when we drink during the day…

Pearl Street has a lot going for it from casual pub, to new orleans style porches, big comfy booths and the brewery wow-factor. While you’re enjoying a night out, they’re probably hosting banquets and private parties right above your nose without skipping a beat. Unlike so many other banquet facilities, the ambiance is not compromised by a long guest list at Pearl Street. Each level of the building my be different, and good for different things, but they all maintain that stoic, brew pub feel. Pearl Street is a staple in our “skyway skyline” and hopefully their food and brews will remain a staple in our dining scene for years to come.

Emily is co-founder and Director of Storytelling at Step Out Buffalo. Her favorite things to do are eat, travel, and think up business ideas. Emily is originally from Hamburg, NY and her out of town friends will tell you that she loves to talk about Buffalo any chance she gets.
Find More ➭ Downtown, Lunch
×