11 Places to Get an Incredible Cinnamon Roll in WNY 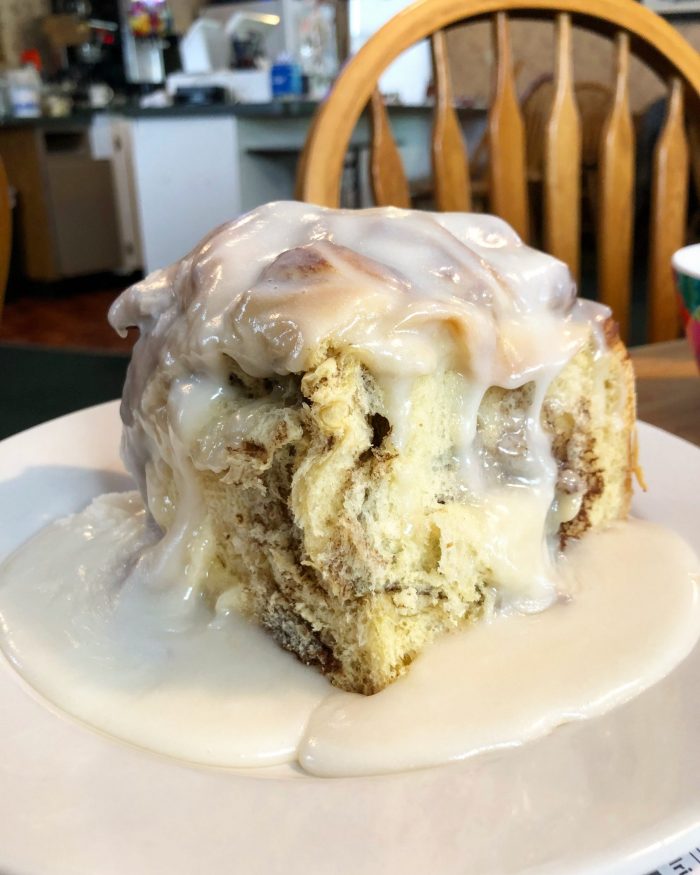 There are donuts. There are croissants. There are danishes. Eclairs, pies, macarons, strudels, turnovers… the list goes on. There are hundreds of varieties of pastries – all of them exquisite, all of them the ultimate cheat day eat, but perhaps the supreme novelty of the pastry world is *drum roll* the cinnamon roll.

If you’ve ever made a pan of cinnamon rolls, you know they are extremely tedious, typically a 3-5 hour ordeal from mixing to rising to rolling to baking. Knowing this, it may not surprise you that bakeries and restaurants opt out of having these buns of glory on their menus. Depending on their demand, it could end up being a complete waste of time and effort if they don’t sell out.

We already know we’re lucky to live in Buffalo, but here’s a list of cinnamon rolls within thirty minutes of your home that further justify your good fortune. 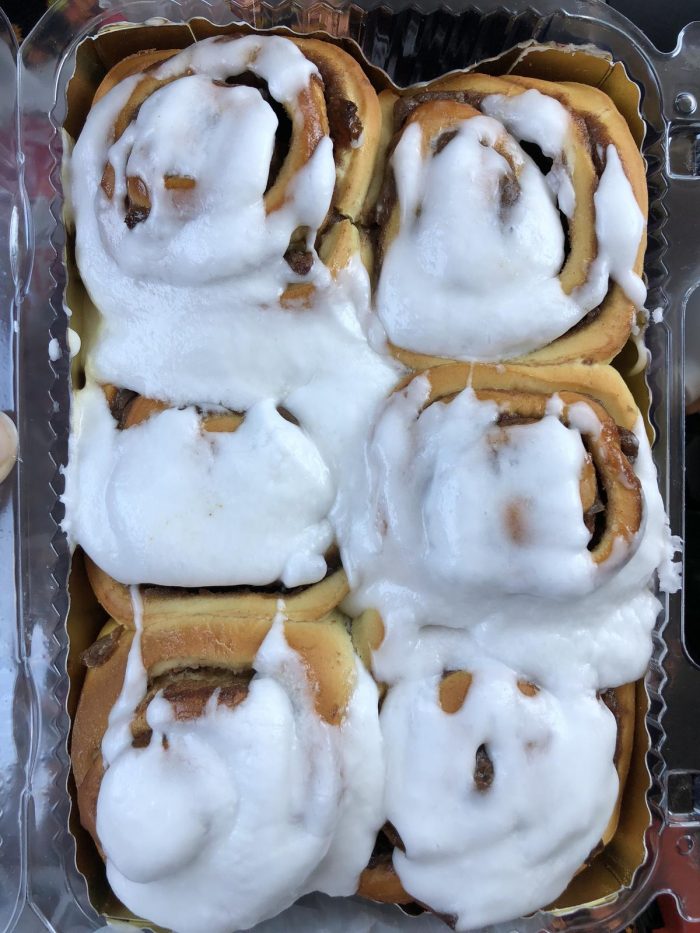 It just so happens that this list is in alphabetical order and that the first cinnamon rolls I’m mentioning do, indeed, have raisins in them. While I know people in WNY aren’t exactly accustomed to this type of cinnamon roll, these doughy delights use the raisins as the binding and flavor-balancing agent for their cinnamon-heavy mixture and sweet icing.

These Saturday-only cinnamon rolls are made with a honey-wheat dough and topped with a brown butter glaze. Sweet, soft, and fresh. Need I say more? 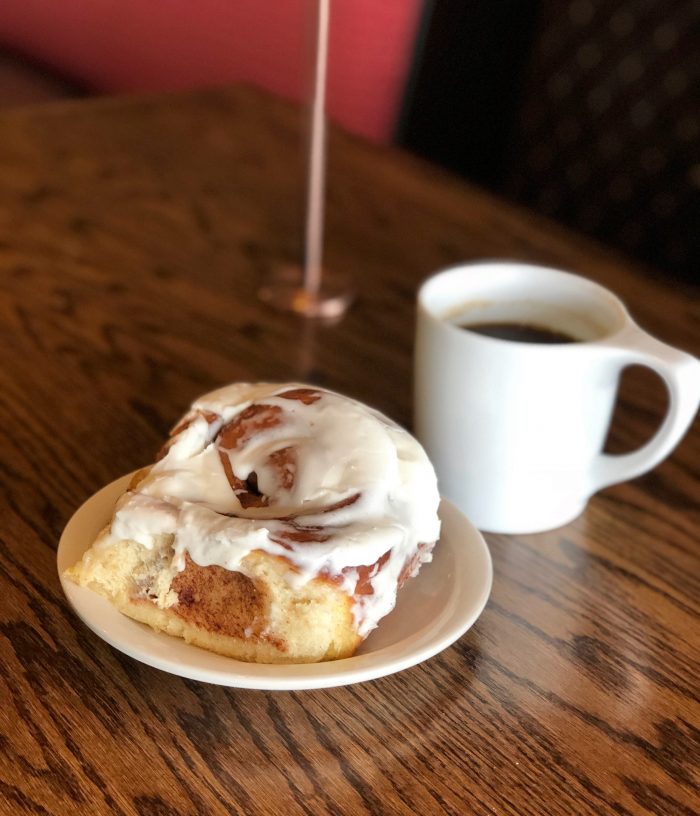 You may have caught my article in February highlighting a Sunday visit to this new Hertel spot: “When you walk into this little gem on a Saturday or Sunday, your eyes are graced with the presence of a tray of fresh-out-the-oven cinnamon rolls. I have no willpower when it comes to cinnamon rolls, so right away I ordered one to accompany my Americano, and the result was utopic… I love a good cream cheese base for the icing, and they delivered.”

This Hamburg haunt does breakfast, lunch and dinner – AND cinnamon rolls in their daytime pastry case. Talk about community! Pastry Chef Em Savage is a champion, and her cinnamon rolls are just one item to prove it. These babies are dense, sugary, and the glaze offers a nice citrus touch that we don’t find much in a traditional cinnamon roll. 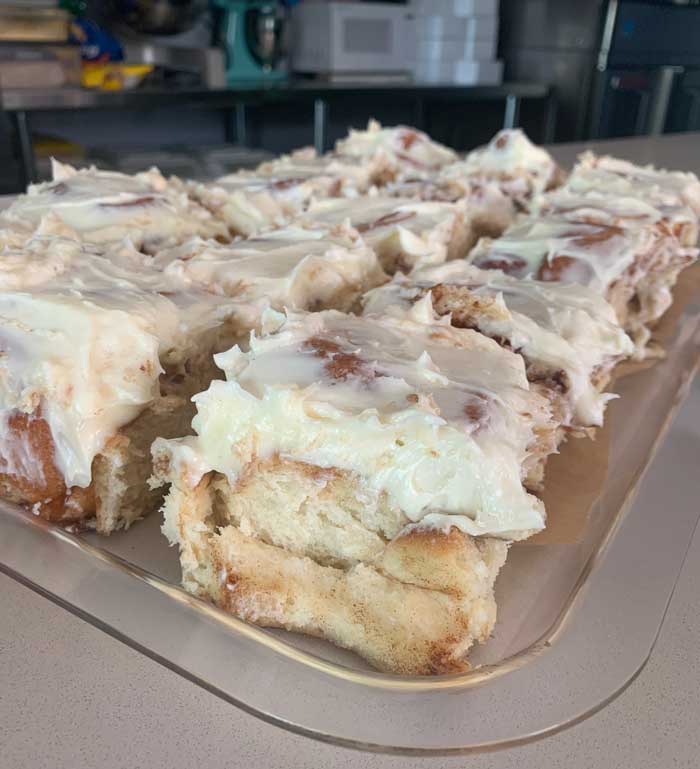 These layered buns are covered in a cream cheese frosting. Plus, they offer extra toppings to add to your bun including peanut butter cups, oreos, or mixed berries! 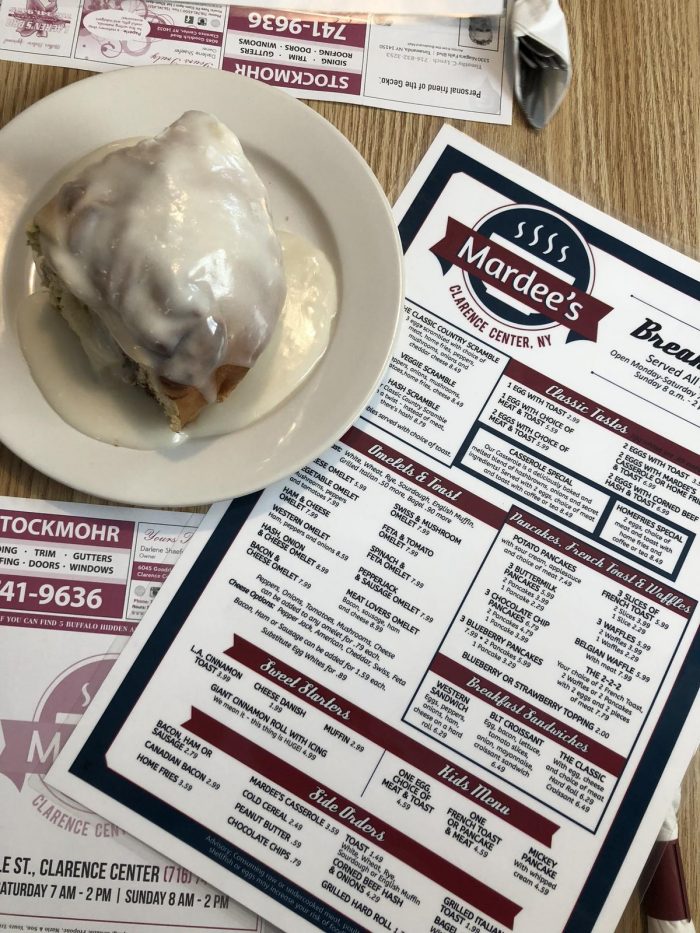 If you’re looking for the fluffier variation to a cinnamon roll in this town – look no further than Mardee’s Diner in the quaint town of Clarence Center. The icing is on the ‘icier’ side – as I like to call it when it doesn’t have that creamy, cheesy base – but the way it soaks into that big pillow of a cinnamon roll will be a-okay with anyone ready to indulge. I’m sure of it. 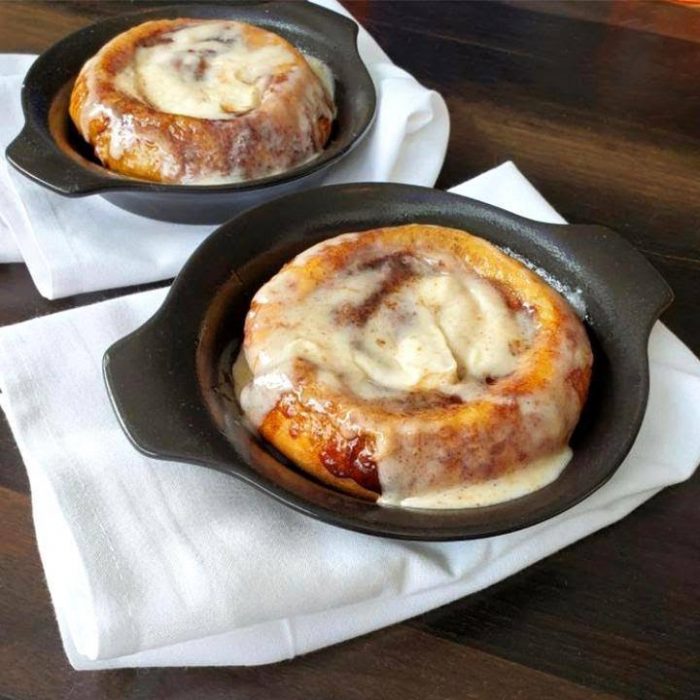 Patina 250 offers brunch options which includes a huge skillet cinnamon bun. These buns are made with a brioche roll and covered in a vanilla cream cheese glaze. 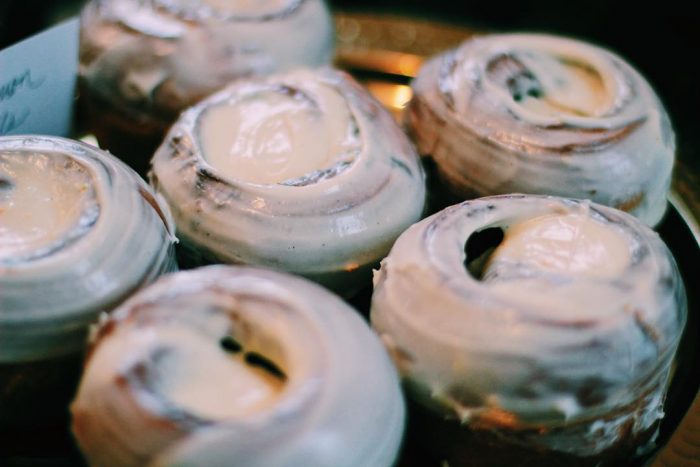 Pastry Chef Luci Levere of Public Espresso + Coffee in the Hotel Lafayette is a pastry wizard. I highly encourage you to follow her IG, @goldenbrowndelicious, where you get a sneak peek of what’s to be available in the pastry case any given day. I’m convinced that she can do anything (hence: wizard) and she loves to play with flavors. Her latest cinnamon roll creation is pumpkin w/ cream cheese icing (because WE ARE ALL WHITE GIRLS WHEN IT COMES TO PASTRIES).

If you’re looking for the ‘too big to eat yourself’ cinnamon roll in this list – you have found it. This Little Pig in Williamsville does brunch so so right, and their butter-grilled, royal-iced cinnamon roll topped w/ fresh berries and whipped cream is no exception. If you don’t live near This Little Pig – make the drive. 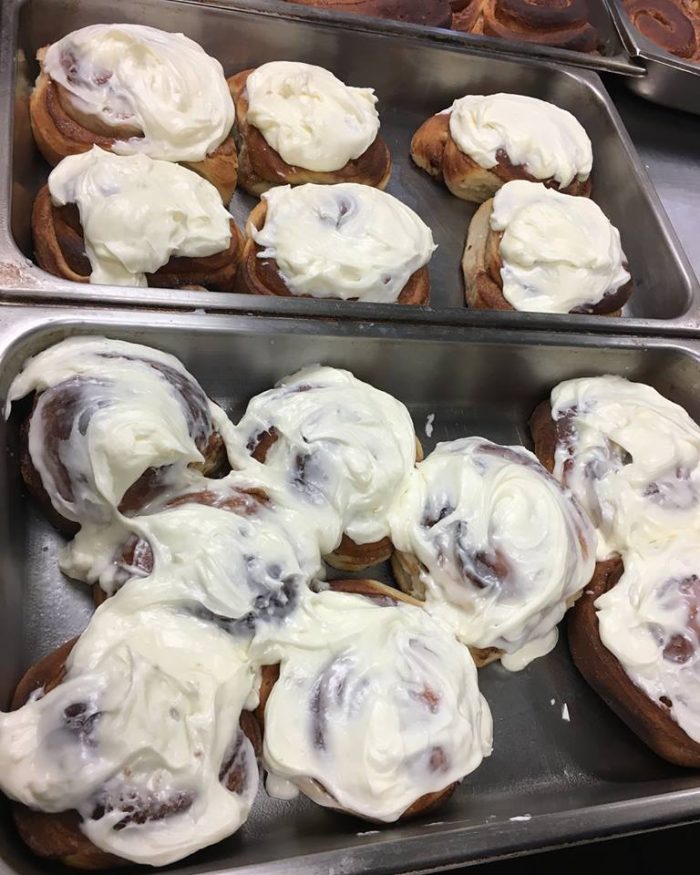 Ahhh, my very first cinnamon roll love in this city. Toutant rotates a pastry each week on their Sunday brunch menu, and if you’re lucky enough to get there before they’ve sold old, you get it – no matter what it is – but ESPECIALLY if it’s the cinnamon roll. I could eat the center right out of these bad boys every morning for the rest of my life. 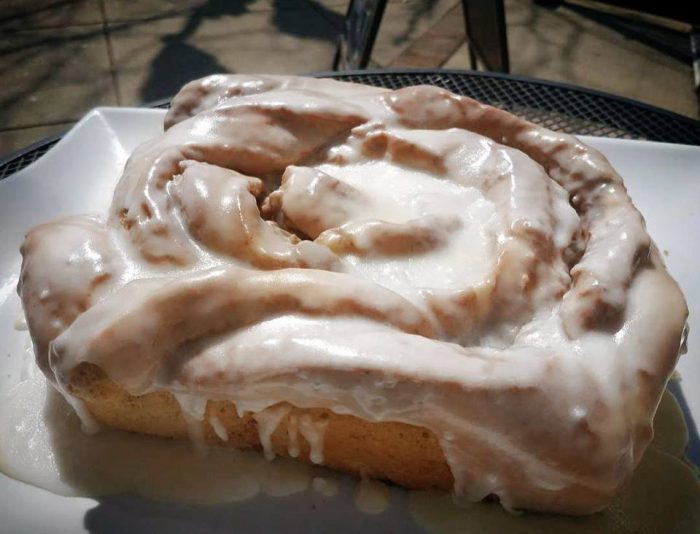 While I (@buffalobrunch) personally have not had the huge cinnamon rolls from this Orchard Park Bakery, we here at Step Out Buffalo have heard *amazing* things. People rave about these bad boys, which means they’re probably, definitely worth a try. We love a highly reader-recommended spot. Thanks for the tip, y’all!