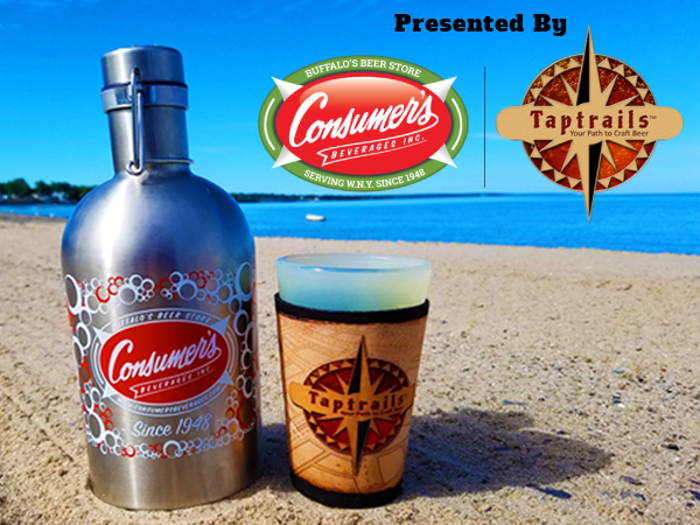 Fact: Few things go together better than hot summer days and icey cold beer. Which is why the first ever Buffalo Beach Beer Festival presented by Consumer’s Beverage & Taptrails is basically genius.
The August 20th event, one piece of a larger 4-part summer celebration, will take place ON THE SAND at Woodlawn Beach and feature breweries from New York and Canada – think EBC’s special edition Summer Slam, 42 North, CB from Rochester, Empire Brewing in Syracuse – with many seasonal and specialty beers. Beer Festival tickets include a souvenir glass and beer samplings, parking, plus admission to the Labatt’s Beach Bash to enjoy a variety of DJs and bands during the festival and into the night. Lucky for you, SOB readers can save $5 on their ticket until August 15h using promo code “STEPOUT”.
Like we said, the Beach Beer Festival is just one part of a long day of festivities. Kicking off the celebration is a one of a kind 5K called “The Insandity Race”, complete with 15 obstacles over Woodlawn Beach State Park. The race combines the grit and beauty of sand and the force of water in an all-out 5K battle along Lake Erie to see who will take home the symbolic “Insandity Trident” . During the race you’ll experience the likes of “Mount Insandity”, “Slippery Hill”, “Hurdle Blast”, “North Beach Mounds”, “Log Jam”, and ten others. Clever, don’t ya think? There’s also a children’s version of the race, so don’t be afraid to bring the kiddos!
Along with beer and challenging obstacles you might find yourself enjoying the Buffalo Paddle Festival, Buffalo’s largest paddlesports race, also taking place at Woodlawn Beach on both Friday and Saturday. There’s also the Beach Bash presented by Try-it Distributing and Labatt Blue featuring family fun like a sand castle building contest, bounce houses, swimming, paddle boats, volleyball, local food vendors, live entertainment, and more.
For tickets to all the Insandity Race events including Buffalo’s Beach Beer Festival head tobuffalosbeachbeerfestival.itsyourrace.com/register.

Buffalo’s Beach Beer Festival Details
Saturday August 20th
3 – 6pm
Tickets: General – $34, VIP Plus Food – $49
Save $5 to the Beer Fest with promo code “STEPOUT” until August 15th
Plus save $20 to the Insandity Race using the code “BUFFALO”
GET TICKETS