On Our Radar: Martin House Got a Major Makeover, Here’s What’s New 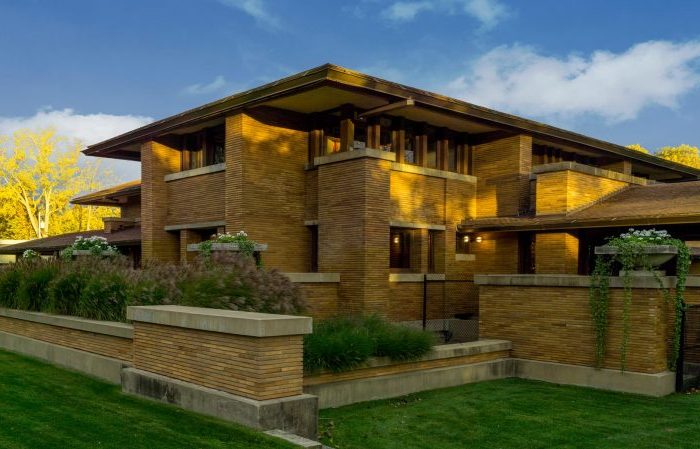 Photo courtesy of the Martin Hous

Let’s all agree Frank Lloyd Wright is an architectural inspiration.

But really, everything designed by him is iconic and he essentially changed the way we build and live. It’s no wonder he’s considered the greatest American architect of all time.

Did you know one of his masterpieces was nearly lost to disrepair? Back in 1937, the property was left abandoned, so it began to deteriorate. Luckily, thanks to a major renovation project the national historical landmark lives on. Efforts began in the late 1990s and two decades later the $50 million restoration project is complete. And trust us when we say this transformation is worth seeing for yourself.

The landscaping project was the final piece of the puzzle. This began in May 2018 and involved planting trees, shrubs, vines and herbaceous plantings. Frank Lloyd Wright fans, you already know this, but blurring the lines between interior and exterior spaces was a major part of Wright’s vision for this site. A.k.a. Re-creating the landscape and redefining the outdoor spaces was essential to the restoration project. From the architectonic garden spaces to the reintroduction of the floricycle, every detail was considered.

The now-restored site is open for tours, educational programs, and special events. Plus, there’s a beautiful courtyard and the Statler Cafe. Recreating the site’s landscape was paid for by the Buffalo Billion program.

This project is a major win for the city of Buffalo, and you can *finally* explore the newly finished historical site. Go check it out, Buffalo!