On Our Radar: The Inaugural Nickel City Con 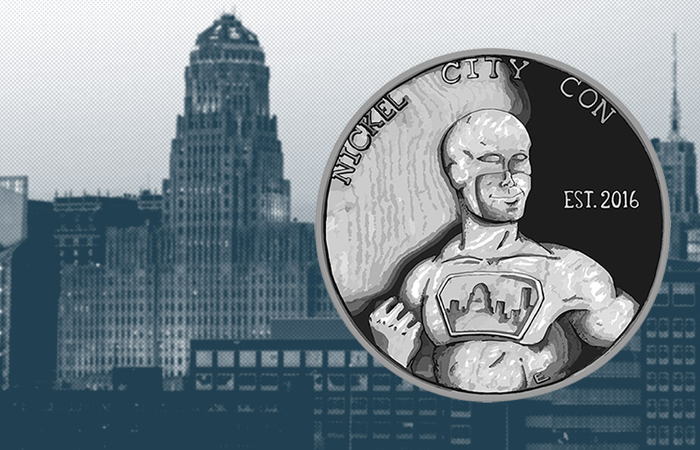 Calling all comic book-reading, superhero-loving, collecting fanatics. If you haven’t heard, now you know – the inaugural two-day Nickel City Con is happening this summer in downtown Buffalo on August 13 and 14th and you’re not going to wanna miss it.
Presented by Dave & Adam’s Card World, this two-day fan festival will celebrate pop culture, science fiction, superheroes, comic books.
“This is going to be an event that Western New York has never seen before,” said Adam Martin, AKA the “Adam” in Dave & Adam’s.
What were into about this first ever convention is that Nickel City Con will have something for everyone from families to enthusiasts, and everyone in between. Bring the kids, bring the girlfriend, bring the squad, and enjoy over 200 vendors, artists, and celebrity guests from the entertainment world (think movies, sports, TV, comic books).

Celebrity guests already confirmed to appear at Nickel City Con include WWE Legend and 16-time World Heavyweight Champion Ric Flair, actor Brett Dalton from the hit TV programs “Agent Carter” and “Agents of S.H.I.E.L.D.”, actor Sean Astin from the Lord of the Rings trilogy, The Goonies (wait whaaaaat), and Rudy, Chris McDonald (Shooter McGavin), legendary comic book artist Neal Adams and the actor and martial artist that portrayed Darth Maul in Star Wars: Episode 1, Ray Park. Get out your iPhones and get ready to #gangsallhere!
Additional celebrity guests will include stars from “Comic Book Men”, “The Walking Dead”, “Game of Thrones” and “Supernatural”. Because what’s a con event without some HBO stars. #buffalohasarrived
Perhaps *most* importantly, there will be two (count ‘em two!) days of Cosplay competitions – one at 5pm on Saturday for everyone and one on Sunday at 3pm for the kiddos – where attendees are encouraged to dress up as their favorite characters from movies, television, and video games to win various prizes. Also, just to have one helluva time, because dressing up makes everything more fun. Comic book collectors have no fear, Nickel City Con didn’t forget about you. You’ll be able to have your comic books graded at the event by Certified Guaranty Company (CGC) as well.

On top of celebs, comics, and costumes, expect a Cosplay Afterparty at Century Grill and a chance to try a limited edition Community Beer Works brew called “Wizard Needs Beer Badly”, an American Pale Ale brewed especially for Nickel City Con. Oh, and a Pokemon Go Tournament featuring lures at the PokeStop outside the convention and over $2,000 in prizes. So basically this is going to be the best weekend of your life.
Now that we’ve convinced you that you absolutely cannot miss this event head to nickelcitycon.com where tickets are now on sale for just $15 per day with a special two-day VIP pass for $49.95. For our self proclaimed VIPs out there (P.S. we like the way you roll) VIP admission includes early entry to the show, a VIP Swag Bag, and a $10 gift certificate to be used towards any celebrity autograph. Discounted single day tickets can be purchased at both Dave & Adam’s retail locations – 2217 Sheridan Dr. in Tonawanda and 8075 Sheridan Dr. in Williamsville.
For more information visit the official Nickel City Con website at nickelcitycon.com, like the show on Facebook and follow on them on Twitter and Instagram (@NickelCityCon)!