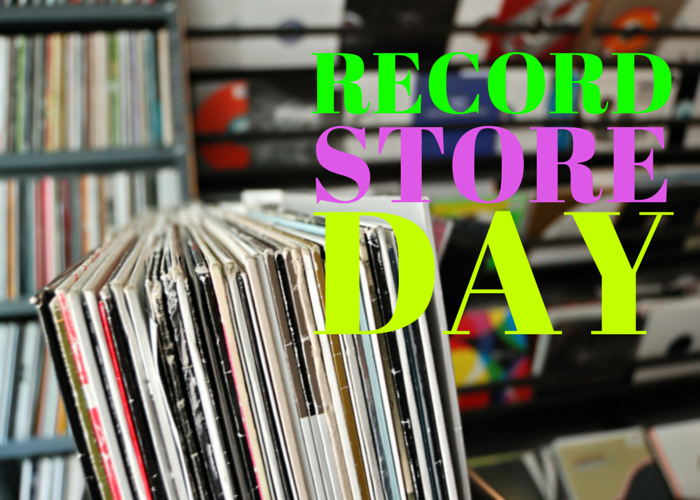 When Record Store Day started in 2008, it was mostly a niche event to get music geeks to support their locally-owned record store (instead of just illegally downloading every song ever recorded).
Eight years later, vinyl has gone mainstream. Playing records isn’t just what kids in indie rock bands do in their apartments while they stare at the walls smoking cigarettes.
The Price is Right regularly gives away top of the line turntables, late night talk show hosts flash a band’s latest album before they play live and putting on a record has become the cool alternative to throwing on Pandora or Spotify at a kid-friendly party. There’s even a show on HBO called Vinyl.
All this adds up to Record Store Day getting bigger and bigger each year. In fact, last year, the week that included RSD marked a 12-year high for sales at independently-owned records stores.
For those who don’t know, RSD will be Saturday, April 16th at various independent record stores around town. It’s become an event for artists, who save all their best live recordings, B-sides, remixes, and other audio goodies just to release on this day.
This year, one of the biggest releases is Bob Dylan’s Melancholy Mood, a 7-inch record with four songs from the next Dylan album that was previously only available at tour stops in Japan. Another big release this year is a “piss yellow” vinyl of the massive Skrillex, Diplo Justin Bieber hit “Where Are Ü Now,” which includes an exclusive remix. Also look for exclusive releases from Sublime, Ol’ Dirty Bastard, Death Cab for Cutie, Best Coast, J Dilla, David Bowie (RIP), Chvrches, and The Flaming Lips.

In addition to exclusive items, RSD is also known for live in-store performances. In Buffalo, each local record store has its own curated lineup of local music and where you go – from Black Dots gritty punk lineup to Revolver Records indie rock roster – should depend on your musical tastes. Here’s what’s happening in Buffalo this RSD.

1109 Elmwood Avenue, Buffalo, NY 14222  /  facebook
Spiral Scratch is arguably the most popular record store in the local music community, and for good reason. The store is stocked with everything from classic albums by The Clash, to the latest from Kurt Vile and Joanna Newsome. The store’s RSD event will feature live music from “Scott Valkwitch, Eric Ellman, Bill Nehill, Luke Pfaff, and many more.”