Roost Brunch: Another Big Roost of Self-esteem for Niagara St. 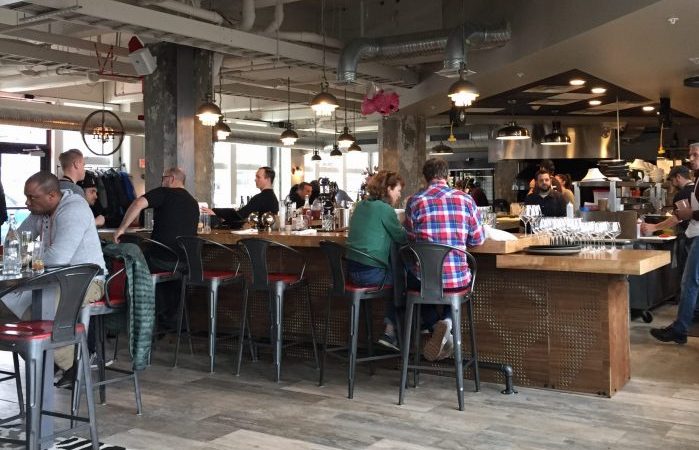 Anyone who lives in the greater Buffalo area and fawns over brunch like we do knew all about Martin Cooks (formerly located in the Horsefeathers Building where Lait Cru Brasserie is now). They also most definitely followed the opening of Martin Danilowicz’s new place, Roost, during the six-month hiatus between the closing of Martin Cooks and the opening of Niagara Street’s Roost. And they have probably already checked out Roost since the doors opened in mid-December. So if you’re reading this thinking, wow, I do not fall into any of those categories and I must live under a rock when it comes to brunch in Buffalo, then I’m here to confirm that you do. And that you should do something about it. 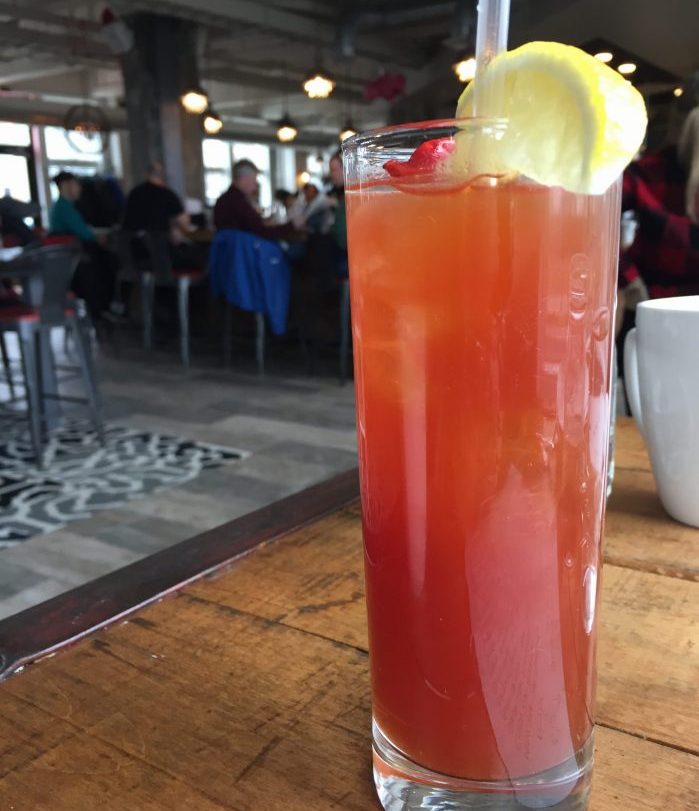 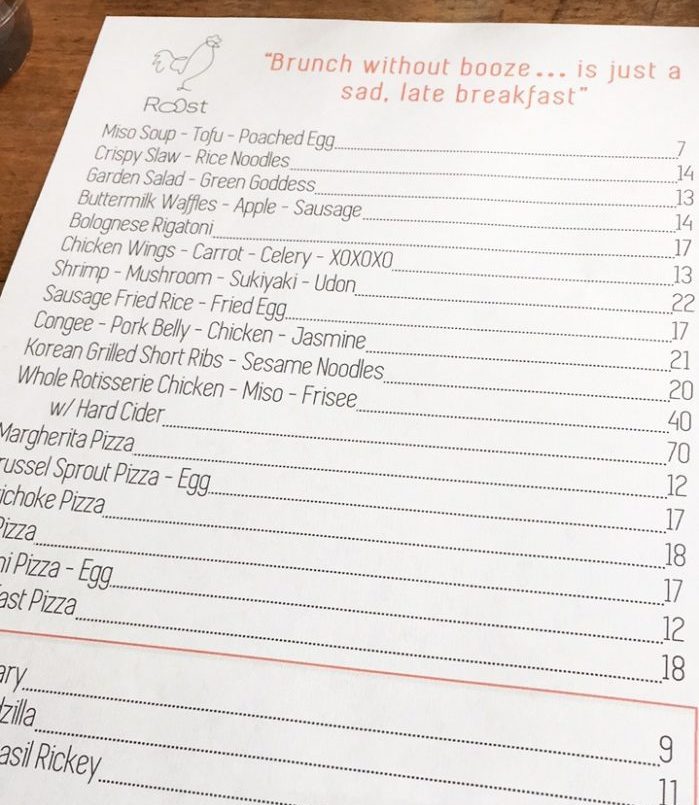 Walking into Roost, you might doubt that you’re in Buffalo, or on Niagara St. You’re reminded of the raw beauty of our post-industrial city and, seriously, how f*%^ing cool Buffalo is becoming through these developments in areas that were abandoned for years. Your fellow bougies are already sitting at their tables getting day drunk, and the servers and cooks are hustling around like our badass restaurant folk do in this city of movers and shakers. All that is reason alone to visit Roost. And then there’s the food. 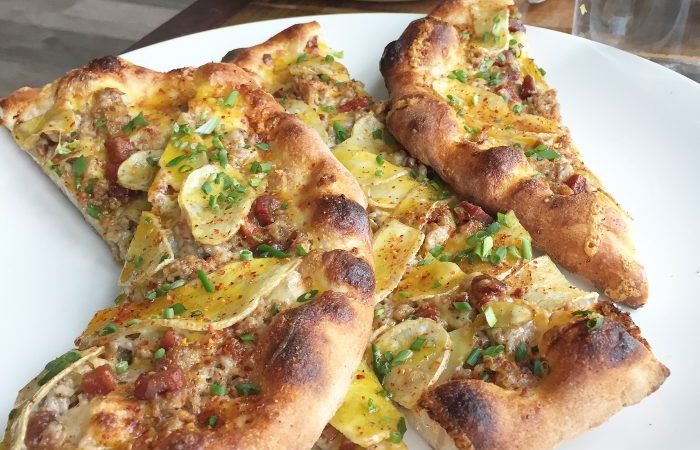 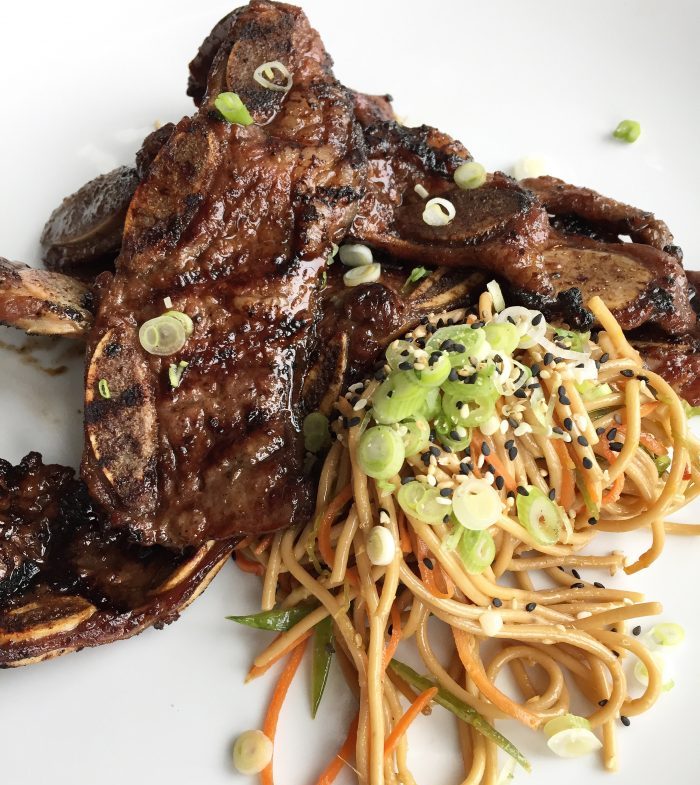 Although we had polished off a pot of coffee at home before heading to brunch at Roost, we couldn’t help but order a french press the moment we sat down. Surely we’re not the only people that can’t resist coffee snobbery when it falls into our laps? I also ordered a Bloody Godzilla which can easily be described as an Asian version of a bloody mary (!!) thanks to the addition of fish sauce and a Thai chili. Sweet AND spicy, just the way I like it.
If you’re familiar with Roost as a restaurant, you know that they choose a different region and type of cuisine to experiment with each week. During our visit, the cuisine of choice happened to be Asian-American fusion (AKA the best surprise ever).


Having heard great things about the Breakfast Pizza, we decided that was a must-order along with one of the Korean dishes. After a seriously struggle-some decision, we went with the Korean Grilled Short Ribs and Sesame Noodles. The menu below demonstrates some of the other options that made our decision so difficult, however, we were far from disappointed with our selections.
The breakfast pizza, which had housemade sausage, thin-sliced Yukon golds, gruyere, maple syrup and yolk drizzle, championed a crust with a great balance of chew and crunch, and toppings that offered a perfect balance of sweet and savory. My number one sign of a good pizza, though? I heated it up in the oven two days later and it was just as delicious (mostly because of the greasy sausage, let’s be honest, but I was appreciative nonetheless).
The Korean Grilled Short Ribs had a great crust and sweet sauce and the egg noodles were served room temp, adding a nice contrast to the dish. If you’re lucky enough to visit Roost when their menu is bursting with Asian flair, pair it with a Bloody Godzilla and you are ALL SET! 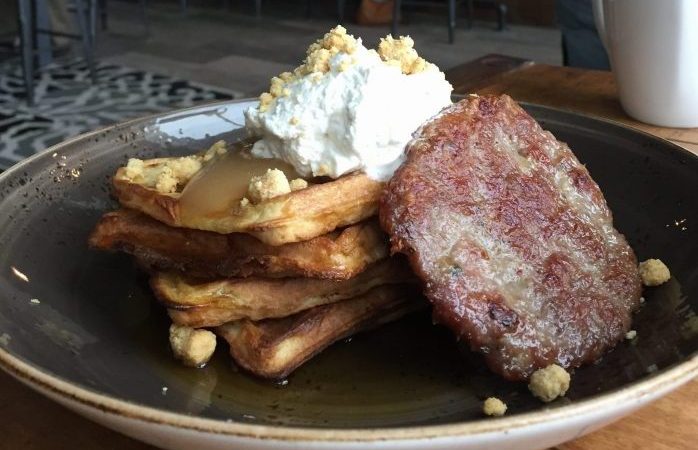 To cure our sweet tooth, we finished off with the Waffles topped with caramel apple sauce, whipped cream, buttery crumble, and more breakfast sausage – because you can never have too much breakfast sausage. The waffles had a nice chewiness to them and lucky for you this dish seems to be a somewhat of a mainstay on Roost’s ever-changing brunch menus as is the Breakfast Pizza.
If you’re the type of foodie who’s always up for trying something new, Roost has the brunch for you. It’s true, you never quite know what to expect, but the menu is always impressive. Picky eaters fear not the unknown, we predict you’ll find something you’re into too. If anything, the atmosphere will wow you. Don’t forget to stick around to see the train roar by!

Adrianne is the face behind the @buffalobrunch Instagram and she's enthusiastic about the up-and-coming food and drink scene in Buffalo. When she's not brunching or writing about it you can find her behind the pine at Ballyhoo. Adrianne enjoys yoga, cycling, and snowboarding to work off all of the Bloody Marys and pancakes.
Find More ➭ Best Brunch, Step Out College, Sunday Brunch