New: Wait Til You See The Rustic, Urban Oasis Vibe at Root & Bloom 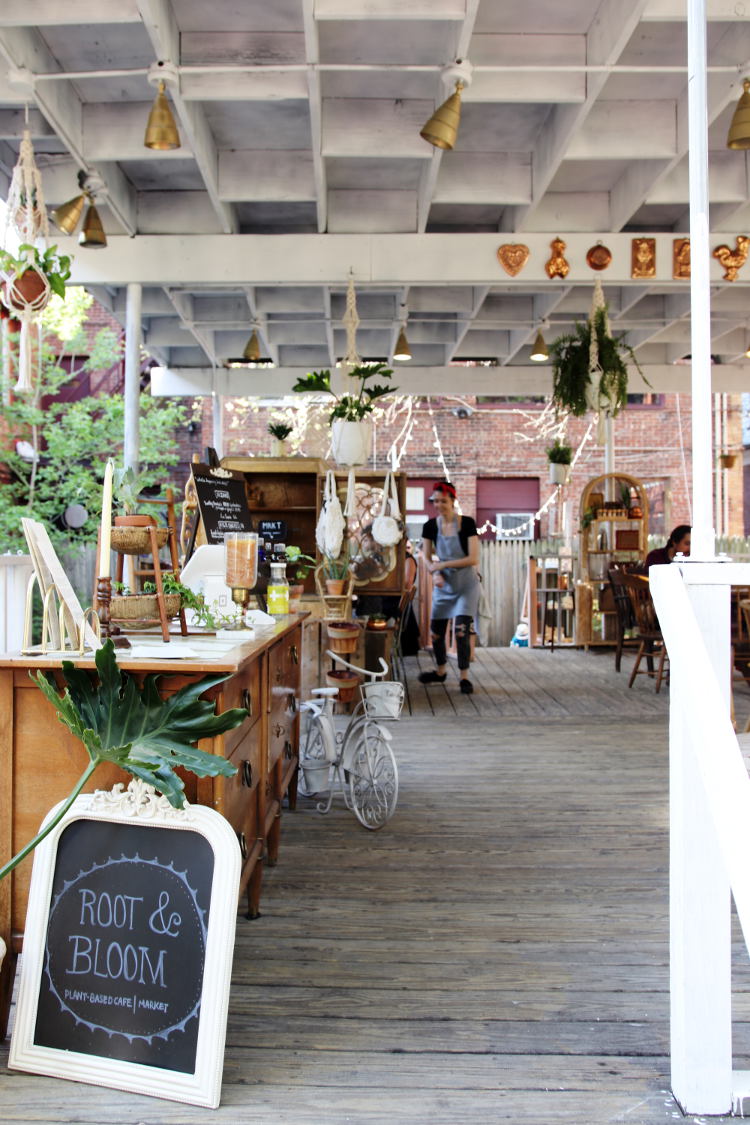 UPDATE: Root & Bloom opened their indoor space later in 2018 – read all about it and see photos here.

Say you have to go out to eat tonight, but your go-to options are wearing thin.

Italian? Too hot outside. Mexican? Too many menu options. Fast food? Don’t want to experience epic levels of guilt and shame.

Seriously, vegan is becoming a viable dining option for more people than ever before. In fact, vegan food has been a pretty mainstream dining option in other American cities, according to James Ernst, co-owner of the new Root + Bloom vegan cafe.

Ernst and his wife Sarah Sendlbeck spent years living in San Diego, Los Angeles, and Boston, all the while appreciating vegan food in those cities.

“I think they’ve had it for longer and it’s just been a part of their everyday life,” Ernst told Step Out Buffalo. “So, it’s not this niche thing there; it’s just another option. Like, you’ll decide you’re going out for Mexican tonight or Italian. You’ll decide that you’re out to a vegan restaurant.” 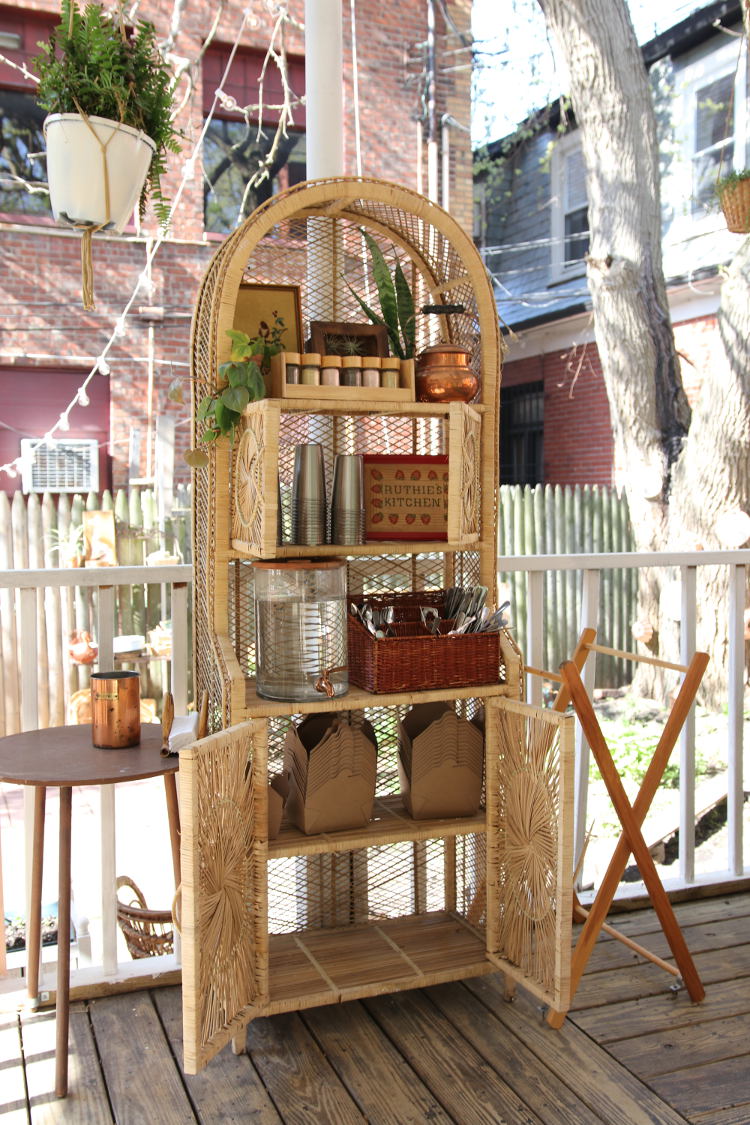 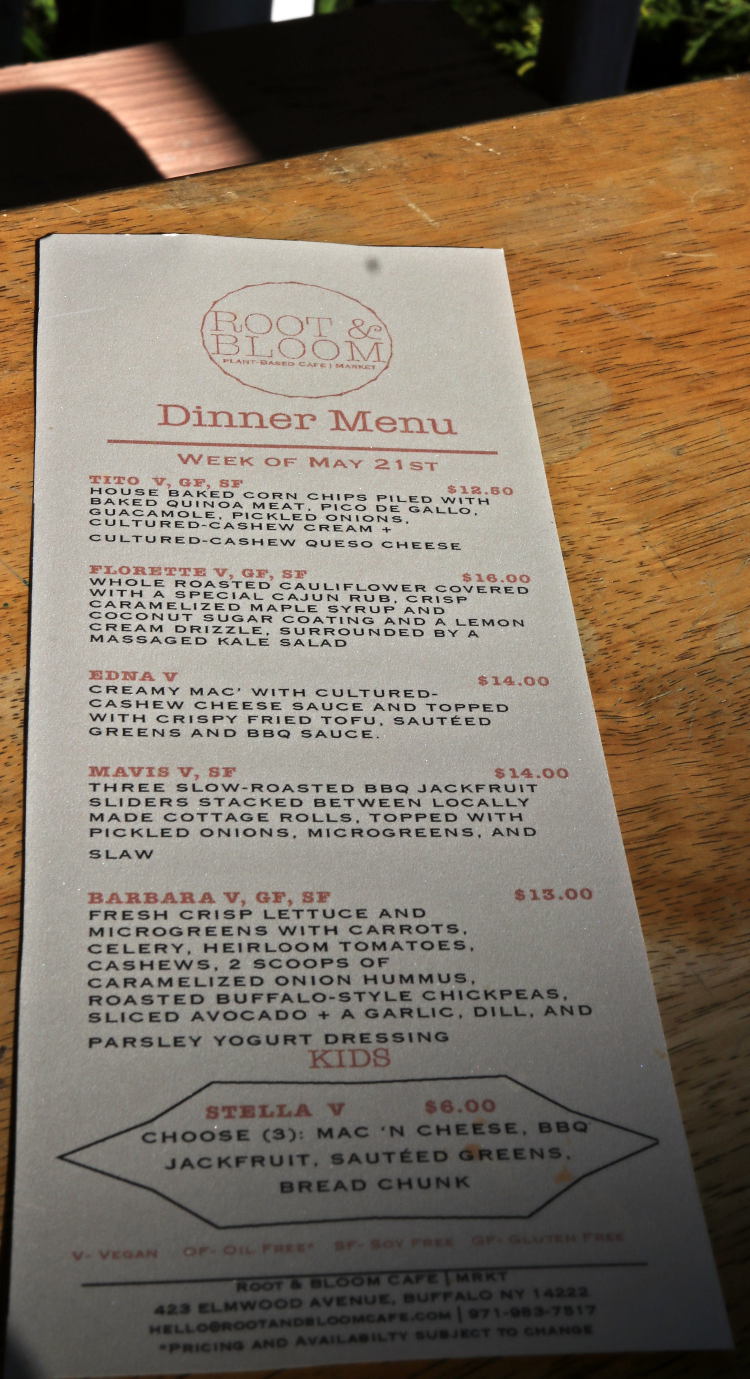 Although vegan food may be a bit more popular in other cities, Ernst said the vegan community here in Buffalo “is one of the most enthusiastic and vocal that I’ve seen all around the country.”

“When we first got back three years ago, we went to (the local) Vegfest, and we just came back from the Vegfest in Boston. I saw more active people at the Vegfest here in Buffalo than I did at the one in Boston.” 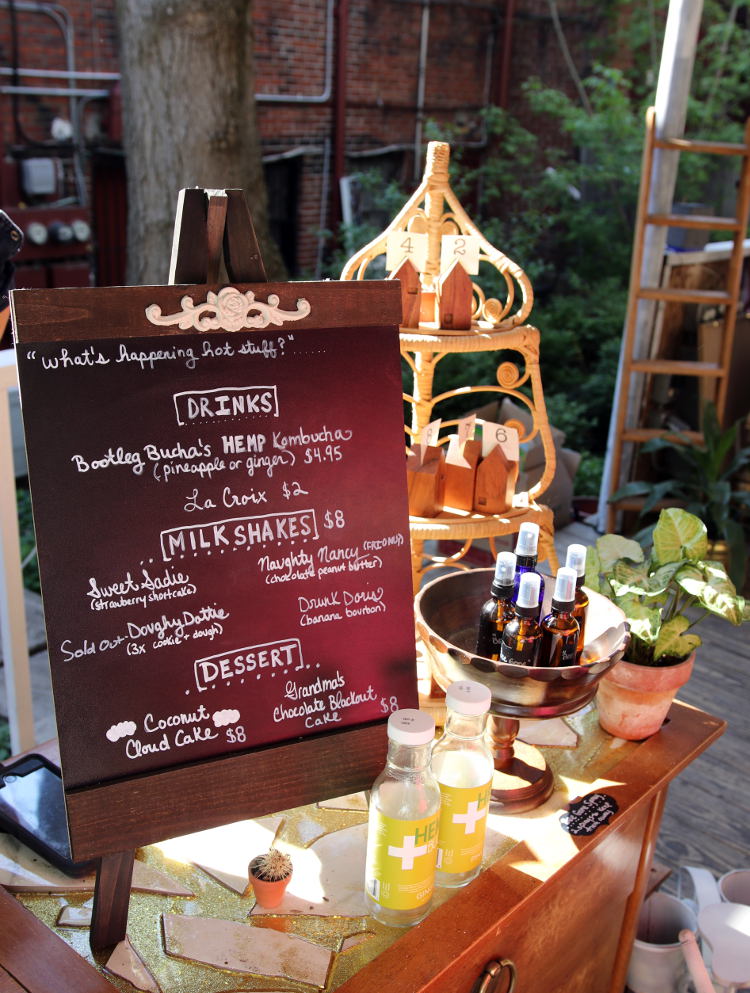 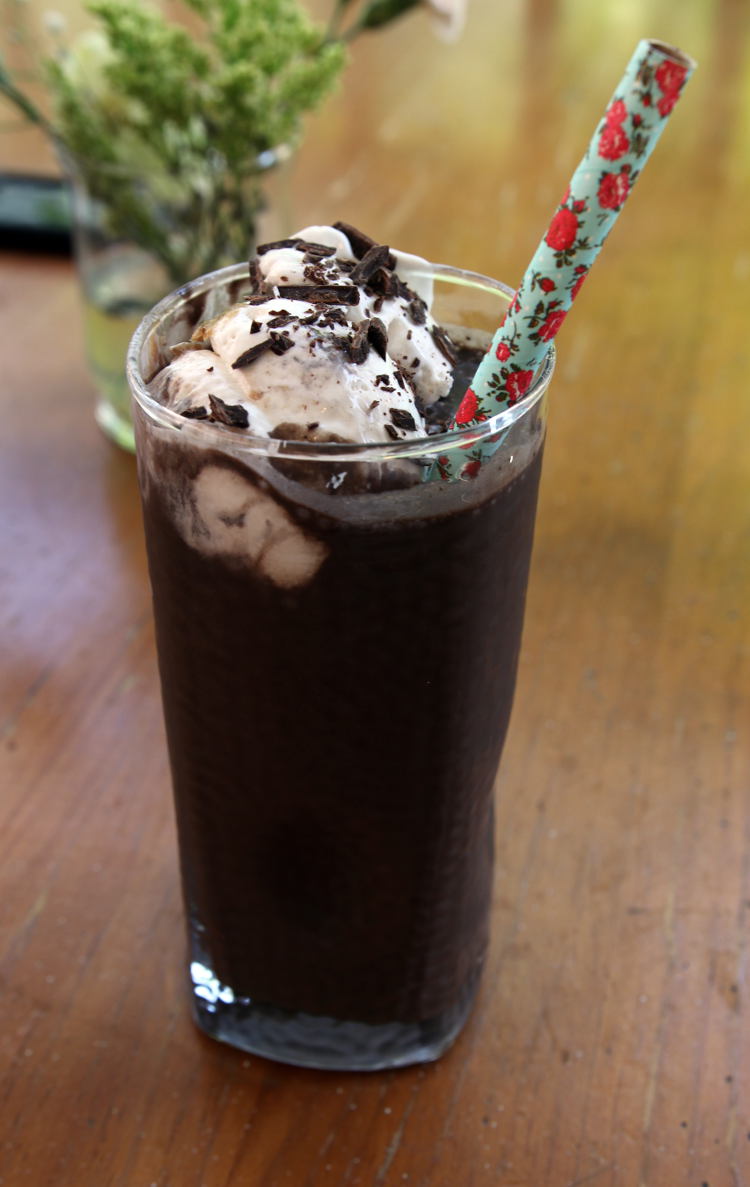 The new cafe grew out of the IMPROVEGED pop-up, which started in 2016. After quickly growing to the point they were serving six-course dinners for up to 40 people a night, the couple realized they needed a permanent space, and they got one. Sort of.

Root + Bloom is in a large, open-air gazebo located behind Thinking Elvish Fantasy Chocolate on Elmwood Avenue near Bryant. Rustic decor touches and hanging plants give the space an urban oasis feel. It’s tranquil and family-friendly, with a mini play area where little ones can romp around. While the gazebo is an all-weather dining room, Ernst said there are plans to eventually take over the Thinking Elvish space. 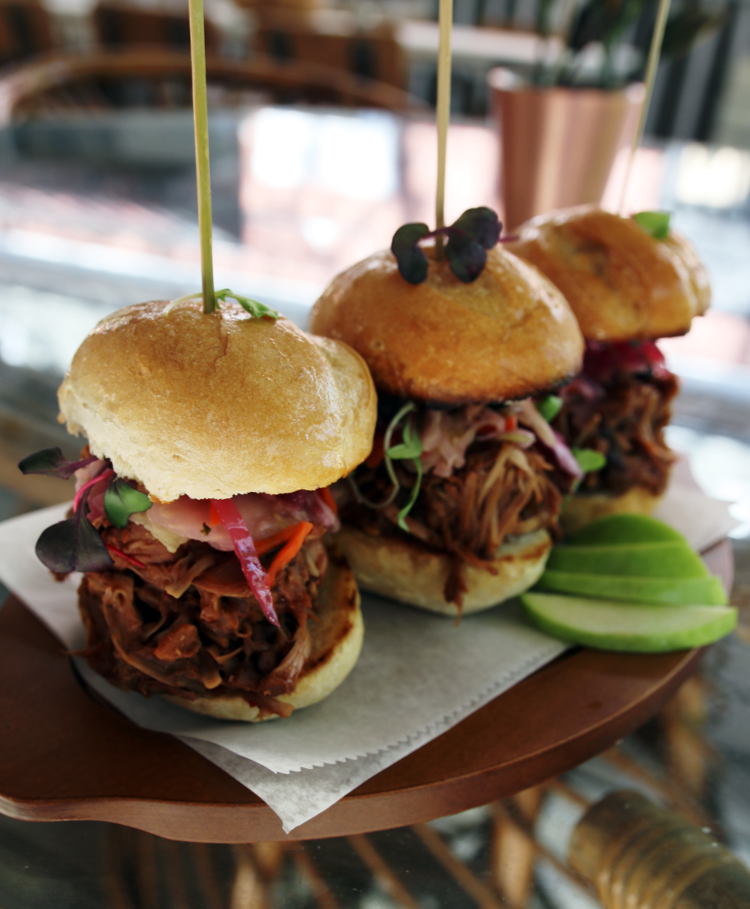 On a recent visit, we entered Root + Bloom through the chocolate shop to sample dishes that were munchable, hearty and well-seasoned, with multiple levels of flavor. 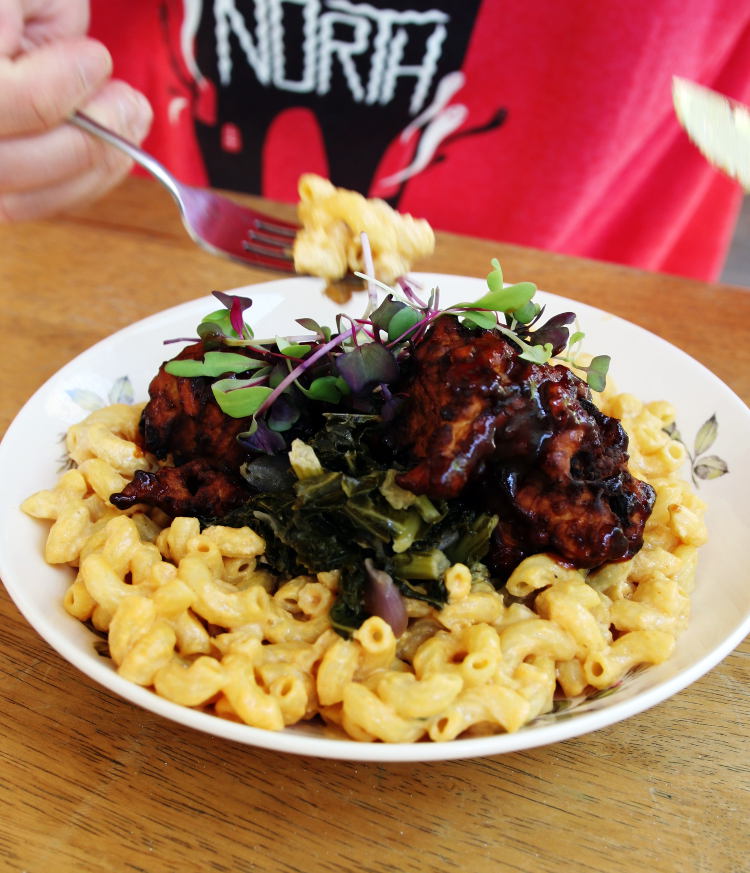 The Edna mac-n-cheese dish was nutty, creamy and smoky. The barbecue fried tofu topping the dish was springy, but with a crunchy outside. It seemed like fried chicken, but don’t expect chicken – it’s something different; satisfying but with less guilt.

The Tito nacho platter was pretty familiar and like any nachos you’ve probably had: bright, earthy and crunchy, with a hint of heat. The Strawberry Shortcake shake was just as creamy and fresh as any non-vegan shake; maybe a bit lighter. 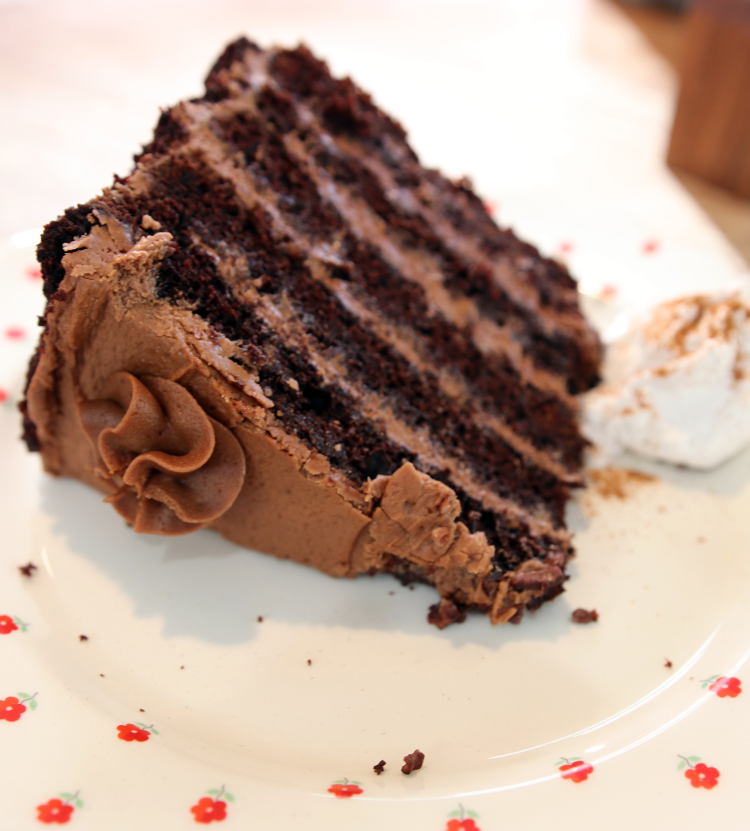 Yes, it’s a cliche to compare vegan and vegetarian food to animal-based dishes, but it has to be done: The food at Root + Bloom is just as good as any restaurant around town, and it’s something different than the same old meat routine.