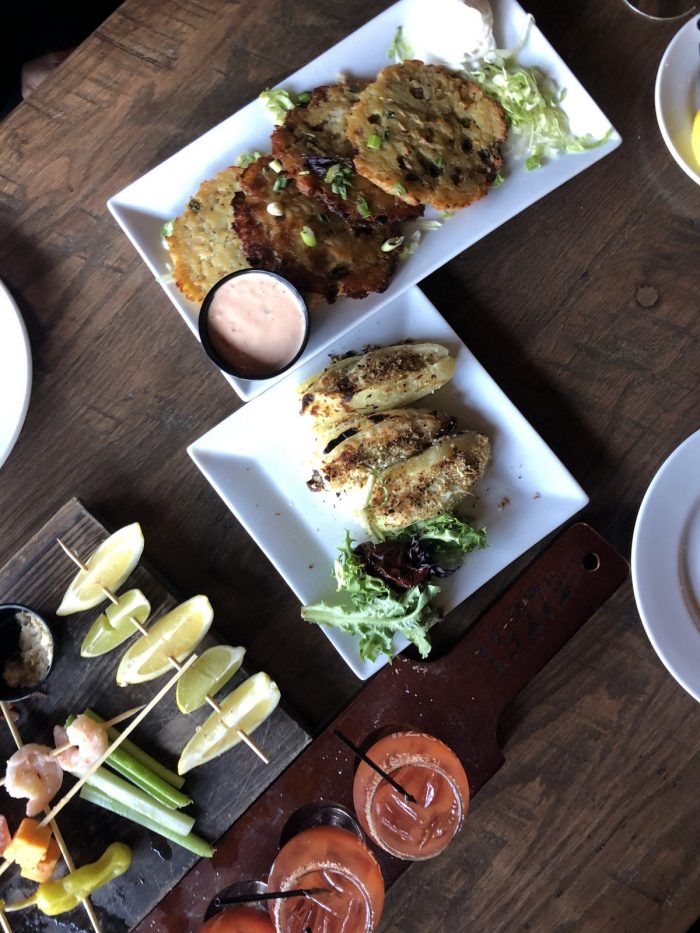 There’s nothing quite like walking into a packed bar full of Bills fans. I mean, am I right or AM I RIGHT? Then, let’s factor in the following: Brunch options. Pizza options. Beer options. Cocktail options. Dessert options. BLOODY MARY FLIGHTS. Okay so you get it. But did I mention FUNNEL FRIES?!

Let’s just say, I wasn’t surprised that the entire population of Clarence had gathered at Santora’s Pizza Pub & Grill on a recent Sunday brunch visit. It’s a suburbanite dream, really. The options!

Round one: Bloody Mary flight ✅ 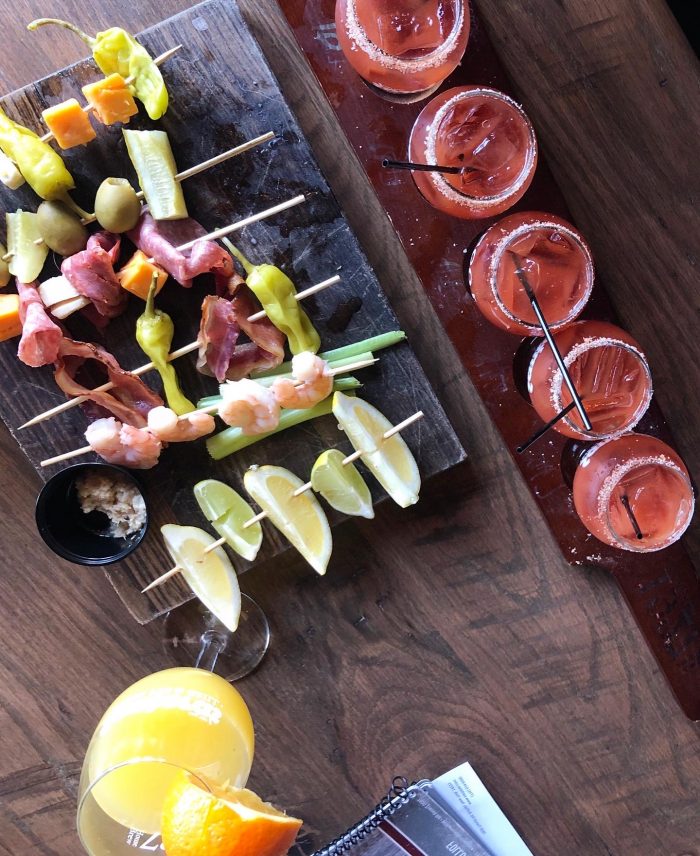 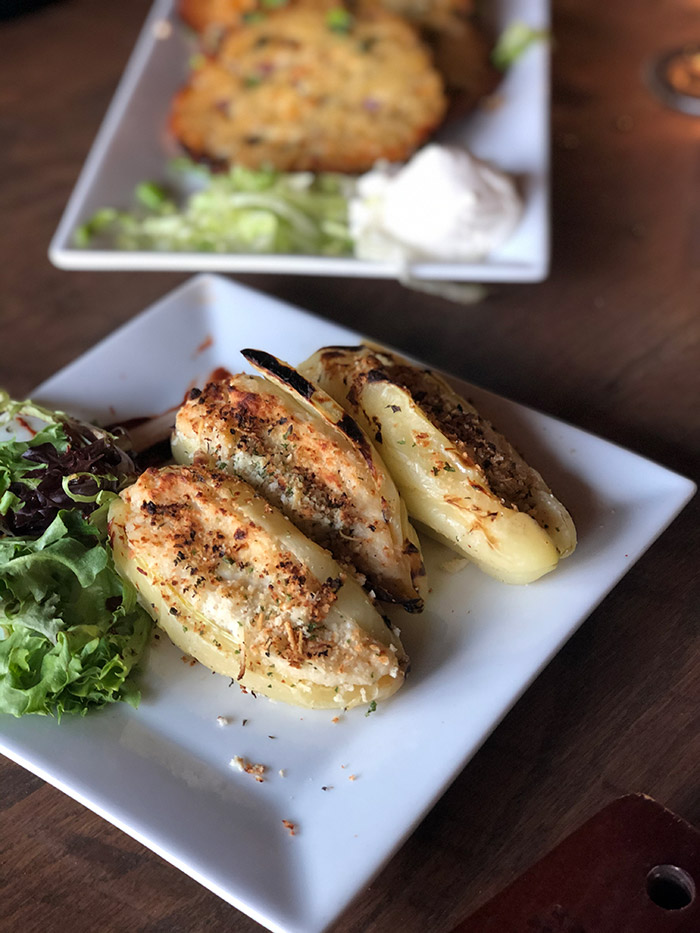 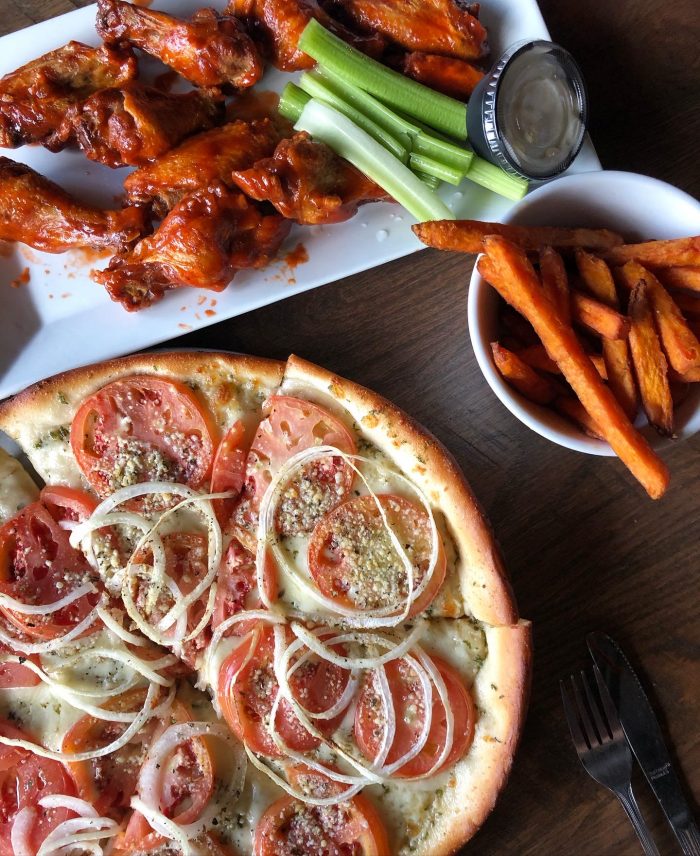 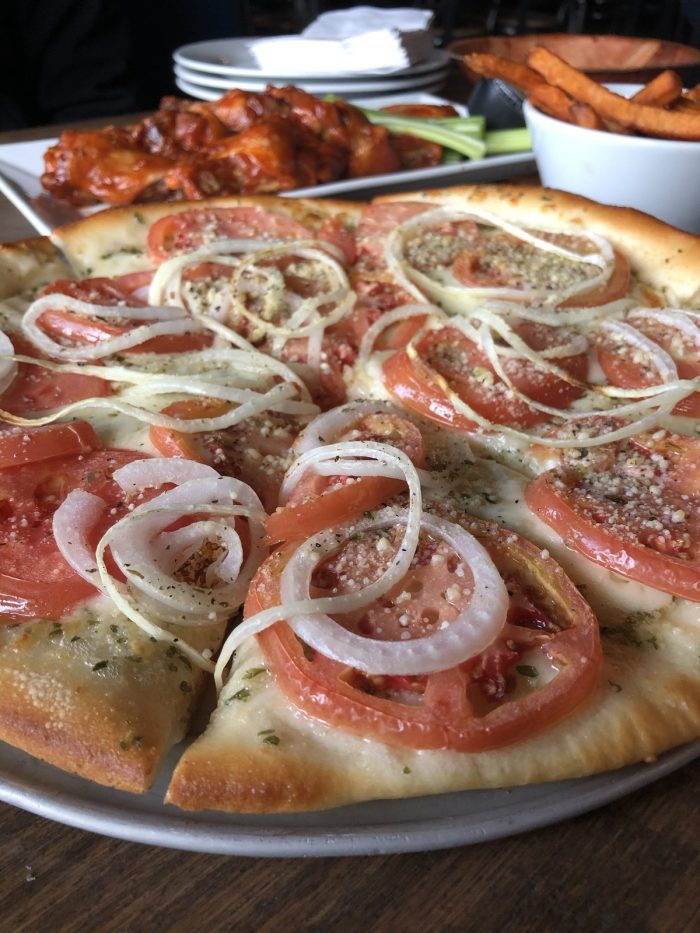 Round three: hot BBQ wings and traditional white pizza. Definitely the highlight of the meal, wings were nice and crispy and the sauce was on point. The za had a crust that was cooked to perfection and a solid distribution of cheese and toppings. Definitely went back for that second slice, which says something after everything we had already indulged in!

Round four: funnel fries. Why wouldn’t you want to transport yourself to the Erie County fair during booze-frenzied brunch? Yeah. That’s what I thought. 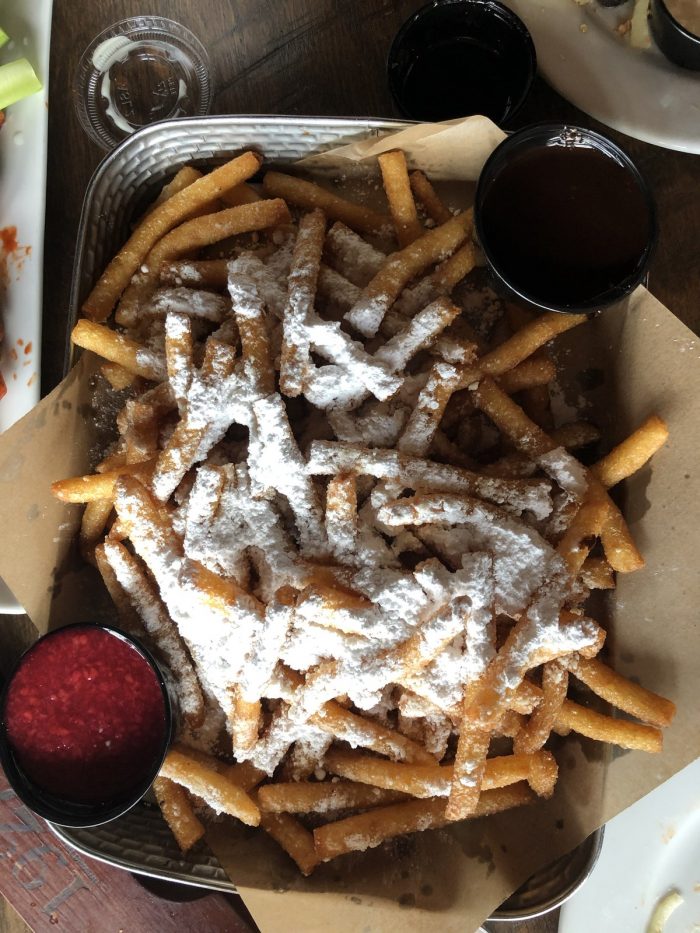 Well, folks, as I said above: it really wasn’t shocking that Santora’s was lit af on a Sunday afternoon during a Bills game. The space itself is gigantic and it was even nice enough for people to be out watching the game on the patio.