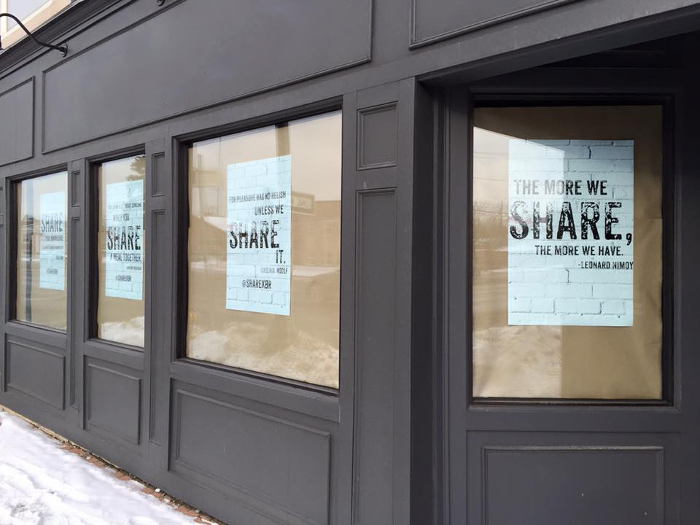 As you’ve probably heard from several sources, Billybar by the owners of Tabree closed their doors on the corner of Main Street and E. Spring Street in Williamsville near the end of 2015. We thought the oyster/charcuterie bar turned Mexican food-themed lounge had a nice vibe going for it thanks to the time and effort the now previous owners put in.

The space at 5590 Main St. was recently sold and is now being transformed by Joel Schreck into Share Kitchen & Bar Room with plans to open in March 2016. According to Schreck the restaurant will be a “casual yet upscale establishment focused on a shared dining experience”. Like many restaurants in Western New York these days the menu will consist of a variety of small and large plates, offering the opportunity for guests to share. Expect New American cuisine featuring dishes like stuffed peppers, scallops, eggplant, and oysters (small plates) as well as larger plates including pasta, seafood, and steak. The drink list will feature a wide assortment of fine wines, several signature cocktails, and craft brews.
The restaurant, owned and managed by Joel Schreck, will be his first although his past experience most recently includes serving as the Bar Manager at 800 Maple since 2008. Sean Warzel, formerly Executive Chef of Siena, will serve as Head Chef of Share KBR.
Share Kitchen & Bar Room will be open Monday thru Saturday. A full menu will be offered from 4-10pm nightly with a late-night food menu to be served from 10pm-12am.