“So We Beat On, Boats Against the Current, Borne Back Ceaselessly into”…Curtain Up Buffalo, 2014! 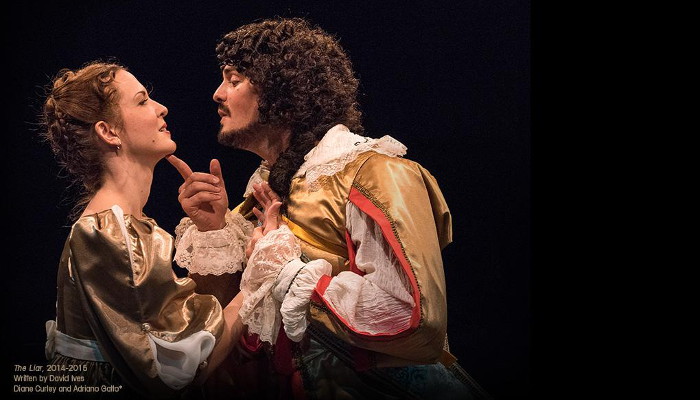 It’s that time again Buffalo!  The moment we’ve all been waiting for- Curtain Up 2014 on Friday, September 19th!  So, put on your most fabulous 20’s duds and Step Out to the biggest event of the theatre season.  With a spectacular gala and a wide range of theatre to choose from this will certainly be the biggest night in Buffalo.  This year promises to delight with a theme harkening to the time of F. Scott Fitzgerald’s, The Great Gatsby.  Main Street will be transformed into a scene from the roaring twenties complete with music, classic cars and scandalous flapper girls (Leonardo DiCaprio not included).

So for those of you who are new to the “Curtain Up!” format here’s how it works in III Amazing Acts!

The Official Curtain Up Dinner Gala and Cocktail Party at 5:30pm at Shea’s Performing Arts Center.  You can also opt to be an original and dine at a restaurant of your own choosing (and save the $95/$160 ticket price for individuals and couples respectively).  I’d recommend a reservation at nearby Coco.  Order the cheese-platter and a nice glass of red- tell them Maria from S.O.B. sent you.  They may not know what that means but hey, it’ll make you sound pretty cool!

Choose Your Show- Indulge at one of Buffalo’s 18 Professional Theaters.  There are endless options for theatre viewing at Curtain Up! this year. Here are a few of the highlights.  All shows begin at 8pm and (usually) require a reservation.

Have I seen of it?  No.  But I cannot recommend this one-night-only show (presented in the old Studio Arena Theatre) enough.  Maybe it’s the nostalgia of my childhood, maybe it’s the perfect location on Main St, or maybe the promise of a true “Broadway Diary” presented to you by Seth Rudatsky, a man famous across the U.S. for his witty Broadway humor and trivia.

I have a special fondness for the BUA- one of Buffalo’s only LGBT Theatres now in it’s 22nd year.  This run stars Jimmy Janowski is his return performance as Blanche, a drag queen dedicated to “her belief in the kindness of strangers” in this “Streetcar” parody.

For something a bit more classical, might I recommend, The Liar.  This  David Ives adaptation of the Pierre Corneille play of the same name follows, Dorante (Adriano Gatto of Niagara University) a man who cannot tell the truth who is paired by way of serendipity with a valet who cannot tell a lie.

The Drowsy Chaperone at Musicalfare

If you’re a musical buff in Buffalo, Musicalfare provides without a doubt the highest quality performances and the most talented artists.  This Tony Award Winning Musical tells the tale of an anti-social musical theatre fan who comically comments on a musical that develops in his own vivid dream world.

I have a special loyalty to RLTP, a brilliant theatre which calls an old movie theatre home in Market Arcade Theatre.  This murder mystery performance is sure to have you guessing and wondering to the very end- whodunnit?!?!

Seussical The Musical! at Theatre of Youth

The most family friendly of Curtain Up! can always be found at TOY.  While children won’t be allowed at the before and after parties, I still recommend bringing them to a showing of Seussical.  This charming little musical is more of an Opera as it is filled with fantastic and catchy little tunes from beginning to end.  It tells the timeless tale of Horton the Elephant and his interactions with Whoville and showcases many loved Seuss characters including Thing 1 and 2, the Grinch, and Gertrude McFuzz.  It is a family spectacular not to be missed!

After the show, hobnob with the actors, directors and all the finest folks on Main Street in the theatre district.  If you’re an aspiring actor, this is the perfect evening for schmoozing with the Buffalo in-crowd.  If you’re the star struck type, this is the ideal time to grab a picture with your favorite actor and enjoy feeling extra fancy for an evening.  For those of you who are neither, there are always the live-performances and street performers who are sure to delight even the biggest sour puss on Main Street.

So there you have it Buffalo!  The outline of a perfect night of Buffalo Theatre!  Come on out for a drink, a nice meal and a truly entertaining experience at one of the many Buffalo Theatres. Don’t worry about choosing a performance!  See one now, and come back during the rest of the season to catch a run at each of these 18 Buffalo Theatre staples showcased during Curtain Up 2014!