SOB Pick for a Lunch + Movie Date This Weeknd 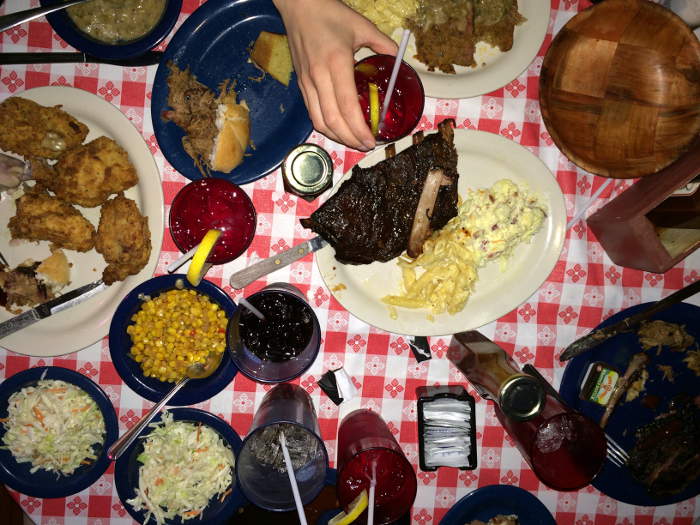 North Park Theatre is having just a plethora of awesome films to see lately and is kicking off March with one of the goofiest, most well-loved comedies of them all: Wayne’s World.

The film, starring Saturday Night Live cast members Dana Carvey and Mike Myers, was released 23 years ago in 1992. Chances are you came of age watching Wayne’s World at sleepovers, head-banging a little too hard to a certain scene in a certain car to a certain song.

Since Wayne’s World is the ultimate casual lifestyle film, you really can’t expect to go eat out afterwards at some upscale whiskey bar, so stick with the best: Fat Bob’s Smokehouse.

Fat Bob’s remains – in my most humble of opinions – the best place to get a burger in the whole of Allentown. I know, I know, they’re known for their BBQ – which is also perfectly delicious – but I love a big, meaty hamburger that somehow manages to not leave you overstuffed but rather, well-satiated.

Aside from the pulled pork dinners, pork rib racks, and brisket, Fat Bob’s rocks the sides menu. Most places just offer you a soup, side salad, or fries but Fat Bob’s goes all-out with Cajun corn, Hush Puppies, collard greens, and their famous Mac’n’Cheese. And Fat Bob’s doesn’t skimp on the beer menu either; you can sample a variety of beers with their flights, order local beers on tap, or give some exotic beers from out of state a shot.