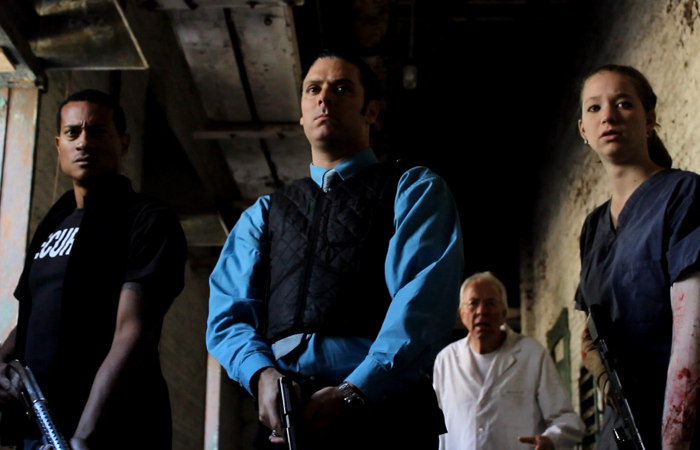 Calling all film lovers! Or…anyone who just wants to get a little more cultured in the arts. In its 10th year, the Buffalo Niagara Film Festival is a 5-day event running from Wednesday April 13-Sunday April 17, with events spread throughout for the biggest of film fans, the comic lovers, and those who want to ease their curiosity. With more than 100 films to choose from, ranging from national to locally-crafted flicks, it may be a little overwhelming. Don’t worry about a thing, we’ll point you in the right direction with an assortment of 10 must-see local and national films at the festival.

All films shown and events will take place at the Tonawanda Castle – 69 Delaware St. Tonawanda, NY 14150. Tickets range from one-film passes to 5-day passes, VIP passes, and seminar passes. A full viewing of the films, schedule, event, and ticket information, and more details can be viewed at thebnff.com.

Game Changers, directed by Buffalo filmmaker, Rob Imbs, is about two lifelong friends who grow up together as professional videogame players. As their lives change for the “more responsible” as adults in their late 20s, they start to lose sight of their original dreams and how they used to bond. Throughout Game Changers, we see the resurgence of video games in the friends’ lives and how as adults, it changes their dynamic. Throughout all of cinematic time, there have been films about rocky friendships, and Game Changers is the one to take it to a modern level.

This Buffalo-based movie, directed by Joseph Springer Jr., follows four strangers that must work together, when a mysterious outbreak turns into a zombie apocalypse. Throughout the movie, the characters find out new information regarding the endemic, and find themselves amidst an ever-growing zombie population. You shouldn’t miss this one, A. because we need to know what happens to the strangers, and B. because, really, in the face of a potential zombie apocalypse, we could probably use all the lessons we can get on how to survive.

3. Loyal to the Game

Loyal to the Game, directed by John Michael Nolan, is a movie that many Buffalo natives can relate to: the game of football. This movie takes the game off the field, and when a player is holding out for a new contract, a second player on the team asks management for an extension. It is quickly evident that football is a game on the field and also on the business side of things. These two players are pit against each other, and we find out their fates throughout the film. All bets are off when it comes to Buffalo natives and their sports films and this movie is sure to please the sports and non-sports fans alike.

Also of Buffalo acclaim, Prescient, directed by Hann-Shi Lem, explores the story of a geneticist who has the ability of envisioning future deaths. He learns of a shooting in a pharmacy through his patient’s vision and tells the patient to avoid the pharmacy. This movie shows what happens when someone steps in and changes the state of natural fate.

In On the Level directed by Rick Masi, a teenager is forced to investigate the murder of his brother. With help, he starts immersing himself in the criminal world with a few hiccups along the way. This movie shows how people put on façades to pretend be someone they’re not, and a good lesson in survival instincts.

Although this film wasn’t created in Buffalo, Mabel Dodge Luhan was born in Buffalo and depicts her life as a writer and social activist in New Mexico. Directed by Mark Gordon, this film shows Mabel’s evident influence in the realms of art and activism for social change. She even helped bring about the knowledge of Taos as a beautiful and spiritual place. This movie is one of the opening films in the festival and is sure to leave a lasting impression.

Mad Dog Time will celebrate its 20-year anniversary at the BNFF complete with a presentation and Q&A with writer/director Larry Bishop, who is also known for his work for Kill Bill, Hell Ride, and Underworld. With one of the best actor lineups of the ’90s – Richard Dreyfuss, Ellen Barkin, Jeff Goldblum, Diane Lane, and Burt Reynolds, just to name a few – Mad Dog Time explores the mob underworld. Vic, a mob boss, comes back from a leave of absence to find his nightclub in complete disorder. While Vic tries to get his club back in order, the many other mobsters around him have a different agenda. All I can say is you had me at “mob” and “nightclub,” and old-school Burt Reynolds may also be something to look forward to.

A drifter-drinker and a lonely artist come together to make something beautiful happen. As worlds collide, this pair tries to leave their dirty habits behind to create their dysfunctional love story. Directed by Tim Bartell, this movie is incredibly relatable to the trials of love and friendship that we all can take something away from.

9. It’s Always About the Story: Conversations with Alan Ladd, Jr.

This Stanley Isaacs-directed documentary focuses on Alan Ladd, Jr., a respected film executive. Ladd Jr. evolved from an agent, to a producer, and then eventually became the president of Twentieth Century Fox. After his stint, he opened up his own production company, The Ladd Company. Most notable films from his tenure include Star Wars, Alien, Young Frankenstein, and Police Academy. He even received the Academy Award for producing Braveheart, in 1995. This movie will be a true inspiration for anyone who wants to be a part of the film industry.

The Closer, ironically being one of the films to close out the event, reveals the repercussions of the Brooklyn real estate market in 2008, and we all know how that ended up. Directed by Eli Hershko, and created by three Brooklyn-based real estate investors and experts to showcase the actual events, this film examines the crisis from the perspective of buyers, developers, and lenders. The creators show how these relationships collide and strengthen through one of the worst depressions in recent history.

Interspersed between the films is a Comic-Con, a Fallen Soldiers event, animation and film panels, and workshops. At the Comic-Con, between all the art and comic book vendors, costumes, and characters, one may even meet Chad Michael Murray (Marvel’s “Agent Carter”), Camren Bicondova (“Gotham”), Stephen Lang (Tombstone, Avatar), and J. G. Hertzler (“Star Trek”). At the Fallen Soldiers event, families of fallen WNY soldiers who served in the Iraq War will be honored with portraits of their fallen loved ones, created by Kaziah Hancock of Project Compassion.