Now in its fourth year, the annual Witches Ball at the Hotel at the Lafayette is widely considered the penultimate Halloween party in Buffalo.

Each year the party gets bigger and this year is no exception, with the event’s organizers adding two more rooms on the first floor and doubling the amount of live bands that will be performing. That expansion is set to make what many people describe as the best Halloween party in Buffalo even better.

Event organizer and co-founder of the Fleuron Rogue bellydance group Jill Nykkei said the Witches Ball performers and organizers all feel the need to outdo not only each other, but also their own group’s performance from the previous year.

“People, just outdo themselves each year,” Nykkei said. “From the costumes to lighting the different rooms, it’s always everyone trying to outdo the last year.”

The theme of this year’s event, a “Buffalo Horror Story,” is inspired by the American Horror Story hit TV show. This season, the series is focused on a gore-rific and depraved hotel, but the Witches Ball organizers are drawing inspiration from every season of the show. For example, an AHS: Freak Show area will feature carnival games, a trapeze artist and clowns.

Nearly the entire first floor will be taken over by the event, with various room and spaces being made over by a different production group. Tarot card readers and fortune tellers will inhabit the Pan-Am bar. Bourbon and Butter will be converted into a rock-and-roll juke joint. Nykkei said a makeover of the hotel’s Crystal Ball room was inspired by the third season of AHS (Coven), and should be one of the more spectacularly lit rooms of the ball. 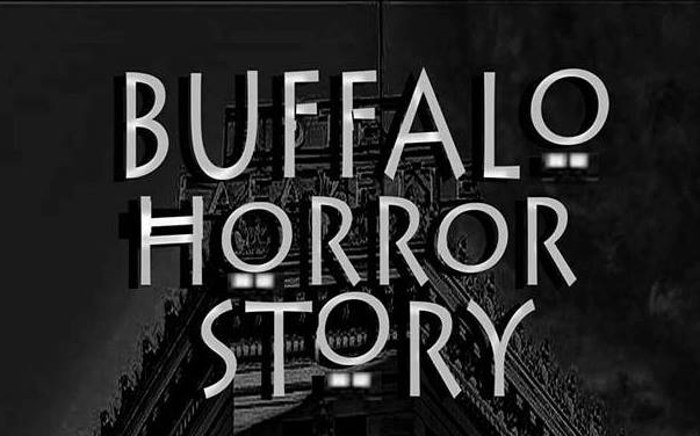 In the main ballroom, local gross-out punk icons Green Jelly will stage professional music video shoot, featuring a punk rock puppet show. Later in the night, Robby Takac (of the Goo Goo Dolls) will host the event’s main costume contests. A total of $1500 in prizes is slated to be given away during the CO Jones set at the end of the event.

Witches Ball organizer Mark Madden said the purpose of the theme is not only for the performers, but also for partygoers, who should try to use it as inspiration for their costume.

“People are more than welcome to come dressed up as their favorite haunt,” Madden told me. “It doesn’t have to correlate, but this year’s grand prize of $1,000 will go to the best dressed with the American Horror theme.”

When it’s all said and done, when you cut through all the scary installations and costumes – the Witches Ball is still very much a Buffalo event, where strangers happily mingle and old friends are randomly reunited.

“The great thing about this event is – there’s something for everybody,” Madden said. “We’ve got male burlesque coming in, several female burlesque acts, rock bands, rap bands…”

“Each year, we meet the nicest people working and going to this event,” Nykkei added. “It’s just going to be huge and it’s going to be creative.”

Tickets for The Witches Ball: Buffalo Horror Story are on sale now for $30 at brownpapertickets.com. For updates on the event, visit their Facebook page.

The Hotel at the Lafayette