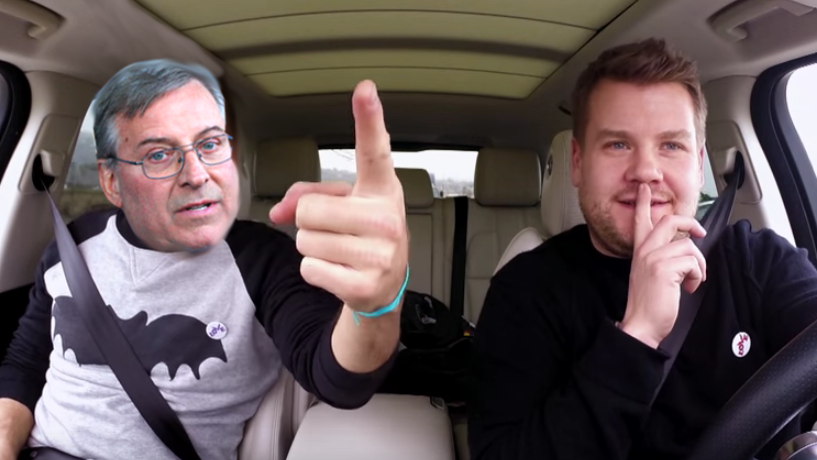 We should mention – this is an April Fools joke. 🙂
Late Thursday afternoon we got the best tip of our lives (Hat Tip: Lee Shatendito), and let’s just say it involves Buffalo’s hometown hero Terry Pegula, James Corden, and Carpool Karaoke.
Here’s what you need to know: According to sources close to Terry Pegula, the billionaire recently filmed an episode of Carpool Karaoke which will be featured on The Late Late Show with James Corden sometime within the next month. Rumor is he sung hits by his independent country music label Black River Entertainment such as Kelsea Ballerini’s “Love Me Like You Mean It” and Craig Morgan’s “That’s What I Love About Sunday” as well as the ultimate road trip jam, T Swift’s “Shake It Off”. Just imagine the GIFs that will come of this. We literally cannot wait.
Thank you Terry. Just thank you.
Here’s the latest video out from James’ Carpool Karaoke with JLo so you can get an idea of what we’re gearing up for…