Top Picks for Concerts This Week 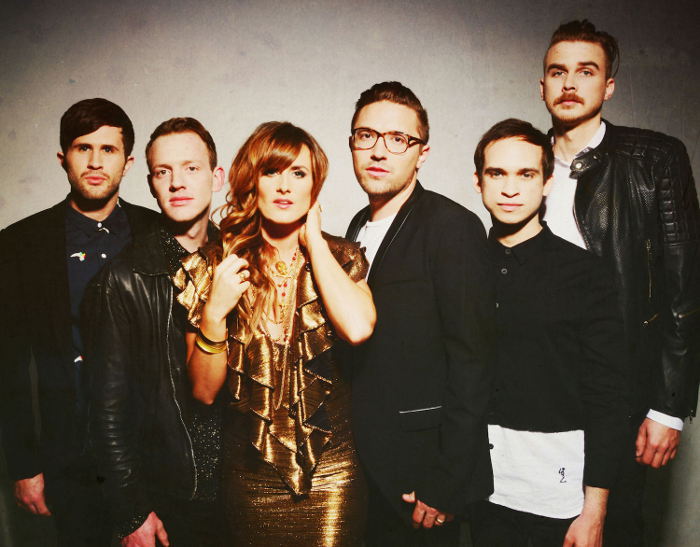 Another week means another assemblage of upcoming concerts in the Buffalo area! This week doesn’t quite have the same name power the last few weeks have featured. You won’t find a John Mellencamp or Todd Rundgren in this group. However, there are still a good, diverse amount of music options this week, particularly for fans of rap, alternative and metal. Take a look!

Kicking things off this week is indie rock group Kopecky. Founded in Nashville in 2007, the Kopecky Family Band (they recently shortened the name) found their first big break when they appeared on the magazine Paste’s Top 25 Live Music Acts of 2011 and their list of the Top 25 New Bands of 2011. While the group has yet to acquire a strong amount of mainstream notoriety, they’ve still managed to find some success through television. Listeners might recognize tracks like “Are You Listening” and “Change” from shows like “Grey’s Anatomy” and “Beauty and the Beast,” respectively.

Kopecky has a softer alternative sound. The band boasts two singers and that often results in some strong harmonies and duets. Fans of Snow Patrol’s “Set Fire to the Third Bar” or +44’s “Make You Smile” would do well to check out the song “Disaster,” off Kopecky’s first album “Kids Raising Kids.” The band has also been favorably compared to Fleetwood Mac. Kopecky is currently on tour promoting their forthcoming album “Drug for the Modern Age,” which will release on May 19. As a result, those in attendance on Monday evening should expect to hear the album get some heavy focus, especially the first single “Quarterback.”

Kopecky will perform at the Waiting Room on Monday, May 11.

Recommended listening: “Are You Listening,” “Howlin’ at the Moon,” “Disaster.”

Perhaps this week’s biggest draw is Yelawolf. While indisputably a rapper at heart, Yelawolf’s albums can be a bit scattershot in terms of sound. The rapper’s music is infused with a bit of southern rock and alternative sound, which has helped him gain quite a strong crossover appeal. As a result of this success, some hardcore rap fans are quick to dismiss him, however this would be a mistake. Yelawolf (aka Michael Wayne Atha) is a very skilled rapper, and even when you strip down the production, there’s a strong amount of talent to back it up. If you can find it, listen to his in-studio performance of “Till it’s Gone” which originally aired on Sirius XM. It’s a bit slowed down compared to the recorded version, but it’s a very impressive piece of music.

Yelawolf is currently on tour promoting his second album, “Love Story.” The opening track “Devil in my Veins” starts things off with that aforementioned southern rock sound, but rap fans don’t have long to wait for something more up their alley. The following track “Best Friend,” guest stars Eminem, one of Yelawolf’s biggest fans and backers. The track features one of the best rappers in the world doing what he does best: Eminem’s lyrics here are some of the fastest he’s ever shown. Attendees likely won’t see Eminem perform with Yelawolf on Saturday night, but tracks like “Till it’s Gone” will insure you don’t need him, especially for those looking for someone that can spit fast rhymes.

Yelawolf will perform at Town Ballroom on Thursday May 14.

The Cancer Bats @ the Studio at Waiting Room

This week also features an attraction that will appeal to fans of metalcore as the Cancer Bats will return to Buffalo on Saturday evening. Formed in Toronto in 2004, the band quickly gained attention on Canadian radio. Since those early days, the band has been twice nominated for Juno awards, including New Group of the Year in 2009, and Rock Album of the Year in 2011. The Cancer Bats have also been known to tour with Buffalo’s own popular metalcore group, Every Time I Die.

Like this week’s other concert selections, the Cancer Bats are currently promoting their latest album. “Searching for Zero” is the group’s fifth studio album, which features the single “Arsenic.” While metalcore shows tend to predominantly attract younger audiences, classic rock fans might be interested in taking a look. The group cites Led Zeppelin and Black Sabbath as major influences. The group has even toured as a Black Sabbath cover band known, appropriately enough, as Bat Sabbath.

The Cancer Bats will perform at the Studio at Waiting Room on Friday May 15.

That’s it for this week’s picks! Unfortunately, this is one of the quieter weeks of the concert season thus far, but there are still likely to be plenty of smaller acts to catch at bars and restaurants in the area. Don’t forget to take a look at our full list of live music to see what they have to offer if any of these bands don’t fit your musical preferences. Plus, tons of local acts will be playing at Hamburg Music Festival on Saturday.