The Best of Infringement Festival

Live Music, Nightlife, Things to Do 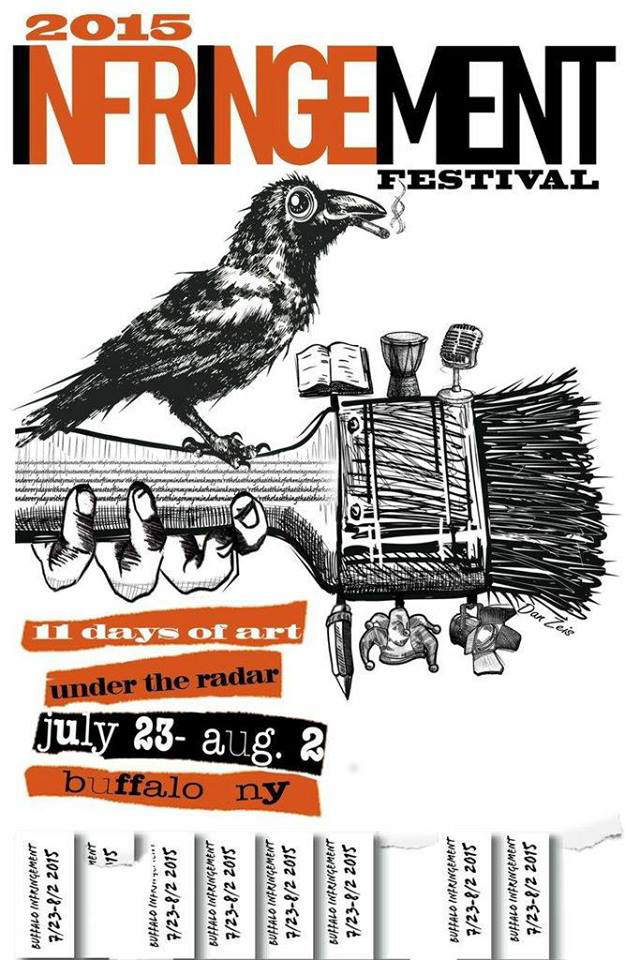 Happening every year over the last two weeks of July, Infringment Festival is a musical and artistic free-for-all.

Infringment can feel chaotic and that’s by design. The festival is part of a movement started by a Montreal theater group who felt that the city’s Fringe Festival was becoming too commercial and too confined to the “in-crowd” of performers.

The movement’s spirit of inclusiveness survives today and that means creators of indie, abstract, modern and outsider art have two weeks in July when they can let their freak flags fly.

While inclusiveness means opportunities for anyone to perform, a big problem with being so inclusive is quality control. Infringement events are held in so many places with so many artists – figuring out where to spend your time can be overwhelming.

As a general rule of thumb, these are the two weeks you should spend as much time as possible walking the length of Allen Street. There are so many official and unofficial performances going off, you’ll undoubtedly see something – either on the street or in one of the music venues. In fact, it’s common to spot a crowd of people all clutching something in a brown bag and standing on the sidewalk to watch street performers rattle off a classic American folk song during Infringement.

Wandering around Allen can be fun on its own, but below is a breakdown of some of the events that caught our eye. Highlights include a party atop the Broadway Market, art at the Burchfield Penny and a street carnival on Allen between Elmwood and Wadsworth.

“Music and Fashion atop a Buffalo icon”

“Art and music for the kiddos”

Best Monday Ever @ Nietzsche’s (with new and improved POTLUCK)

The Worst Show Ever @ Nietzsche’s

Mid-Week Rock at the ‘Hawk

Barging into the Burch’ @ The Burchfield Penny

The festival will be capping it all off this year by blocking off traffic on Allen Street from Wadsworth to Elmwood for an open-air art fair and performances between noon and 8pm.