The Great Ice Castle & Bar is expected to be at least… three times bigger than this. / Photo from huffingtonpost.ca

The Great One, retired hockey player Wayne Gretzky, has reportedly announced plans to build the first of a kind restaurant made entirely out of ice at Buffalo’s Canalside. According to well placed officials at the Erie Country AFJ commission, Gretzky will submit plans for a 8000 SF, three story structure made entirely of ice harvested from Lake Erie. This will be a flagship restaurant here in Buffalo named The Great Ice Castle Bar & Grill says Manhattan architect Art Vandelay. The Great Ice Castle will serve traditional Canadian cuisine in brunch form at all meals and highlight a vodka bar featuring Gretzky Vodka.

The technology and method for maintaining a year-round ice block building is highly sophisticated and mostly top secret. The project is reportedly sponsored partially by Carrier Corporation of Syracuse NY.  “The Canalside location is perfect because the refrigeration system is already in place” stated Vandelay. “Willis Carrier, the inventor of air conditioning, was a Buffalo native. We thought this would be a perfect fit for the rebirth of Buffalo’s downtown. The third floor of the building will be designated the Willis Carrier Room with old photos of local ice storms and even some of the original air conditional units on display. Besides that it is next door to the hockey arena so Gretz can catch the games.” 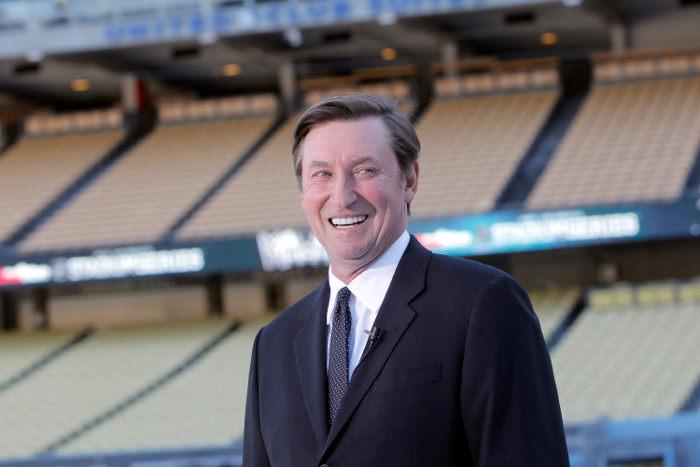 The Great Ice Castle Bar & Grill will feature the most extensive vodka bar ever seen this side of Munich. Drawings call for a stage-like platform overlooking Canalside. The space will be approximately 1200 sq ft. and include 20 individual stations they call “vodka pods” complete with captains seats, side table and personal TV. They will carry over 70 house-infused Russian vodkas and a large collection of Russian and European Vodkas. Plans also call for a skate up window during winter months that will serve Bloody Caesar’s, shooters, poutine and salmon jerky.

Wayne Gretzky played 20 seasons in the NHL. Still considered to be the greatest hockey player ever, he  is the only NHL player to total over 200 points in one season – a feat he accomplished four time. He also still holds some 60 NHL records. Married to model Janet Jones in 1988 the couple has five children. Their daughter actress/model Paulina Gretzky is engaged to professional golfer Dustin Johnson.

RELATED: Public House on the Lake Opens Just in Time for Patio Season*

Gretzky was allegedly seen in Buffalo last week meeting with Vandaley and city officials. Rumors that he might also move to Buffalo and become head coach of the Sabres, or form a partnership with the Pegulas, have not been confirmed.

According to well placed Food Network executives it is 37% certain that Anthony Bourdain will act as Executive Chef on weekends. Anthony Bourdain is a writer, chef and TV star. Author of the restaurant expose book Kitchen Confidential, he became famous via the Food and Travel Networks and went on to bigger pastures at CNN. 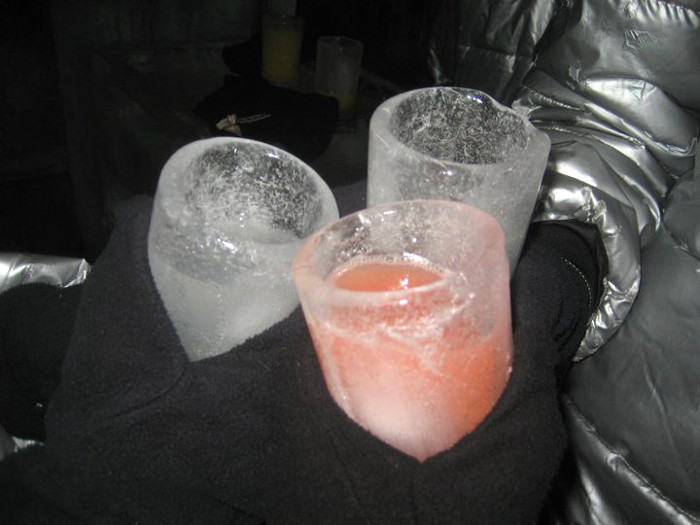 Weekdays, The Great Ice Castle will offer the finest authentic brunch prepared by award-winning executive chef Margaret Trudeau, whose specialties include homemade classic Canadian dishes such as poutine, Canadian bacon, and perogy. Trudeau has hinted towards plans to feature maple syrup, Montreal smoked meats, and bagels on the menu as well. They will also favorite Canadian beers, ice wines, and of course The Caesar.

Don’t forget the caviar. Still in the planning stages the caviar menu will surely include classic dishes such as: Egg Stuffed with Red, Red Caviar Salmon , Fresh Salmon Malossol, Paddle Fish Caviar, Sturgeon Caviar Malossol, Beluga Supreme Malossol. Beluga is the world’s most expensive caviar. Its roe is very large, ranging in color from black to pale grey, and has a smooth, buttery flavor. Fewer than 100 Beluga sturgeon are caught each year.

For dessert, there will be Nanaimo bars, one of the most common desserts in the great nation to the North. Plus, they will frequently feature specialty versions of Tim Hortons doughnuts.

Thanks for being great sports about our April Fools joke this year Buffalo!