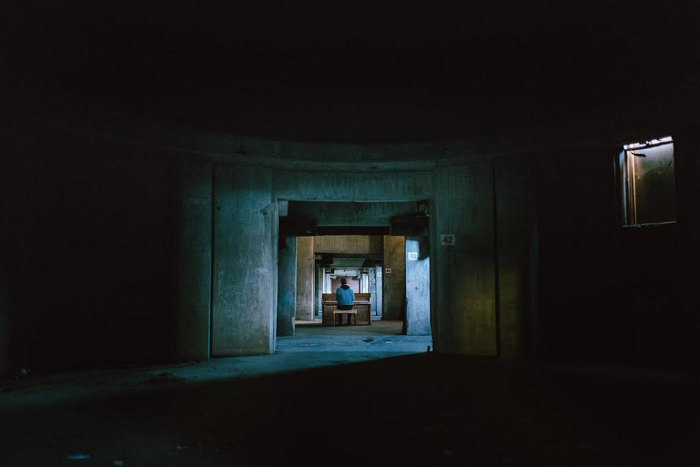 This past fall Bean Friend brought his piano to Silo City to record an album. Each song was recorded in a single take using a handful of strategically placed microphones and one upright piano. Now is your chance to listen –  beanfriend.com and/or buy.
The Moving Decade is a haunting yet hopeful piano album.  According to producers the silos act not only as an echo chamber, reverberating the emotive qualities of the Bean Friend’s piano compositions, but they also act as a mouth piece for the sounds of their surrounding external environment.  Discerning listeners will be able to pick out the chirps of a distant cricket, the splash of water draining through the dilapidated silo’s ceiling and the crack of active hammers and nails; a reminder of the dynamic forces necessary for the revitalization of this historic rust-belt site.
With this album, Bean Friend seeks to add his musical perspective to the history and optimistic future of this unique location, as well as to the culture and wonder that is Buffalo.
The album was released Tuesday, January 5th.  “The Moving Decade”  art show and listening party will be at Big Orbit on January 21.  Max Collins will be showcasing his photographs from Silo City, while Bean Friend’s ambient piano will be playing.
For updates on the best things to eat, drink & do in WNY, sign up for our newsletter!
[mc4wp_form]