The Place is Back 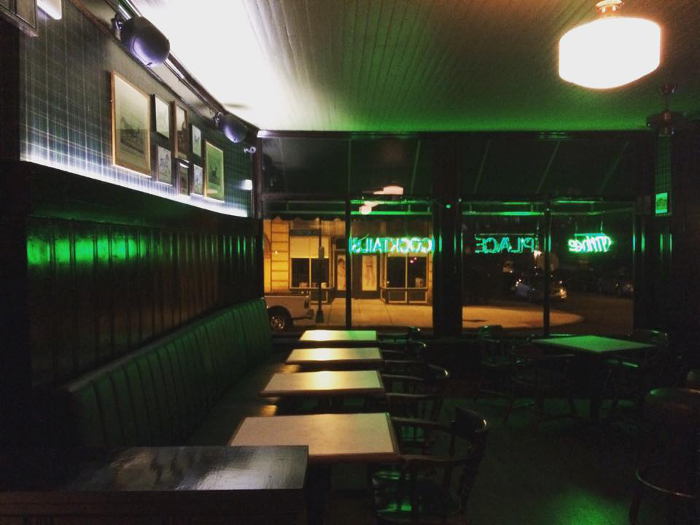 A lot of restaurants that have opened recently have talked about being a neighborhood bar, but if you’re aiming to become a hip foodie hotspot, frankly, I’m not buying it.

If your restaurant is serving up the latest culinary and cocktail trends at a moderate or higher price point – you’re not a neighborhood restaurant, you’re a destination.

No, a neighborhood bar is a place like The Place.

Before it closed last year, not many people drove in from Lewiston or Olean to go to The Place, and nobody stood around the water cooler trying to convince everyone at work that they absolutely have to try the chicken a la king with a pint of Blue Light.


For decades, the modest Lexington Avenue establishment has mostly relied on long-time Elmwood Village residents to fill its booths. It’s also acted as a sort of shorthand for those of us who appreciate a no-bullshit place to get affordable food and drink. In its old incarnation, The Place’s drop ceiling and tobacco-stained department store wallpaper always made the reclaimed wood and patina-covered metal fixtures found in many “authentic” bars look foolish by comparison.

On a recent afternoon trip to The Place, the new co-owner Jay McCarthy told me how important it was to not only keep the restaurant as it was, but to peel back a few layers and open the space up.

“It was more of a restoration than a renovation,” he said.

The central wall separating the barroom from the dining area has been knocked down to a half-wall, creating a more open and communal feel. The drop ceiling was removed to reveal a classic tongue-and-groove ceiling. The new management kept all the original wood that was in the bar when it closed and added a few classic touches to the dining room, which had to be custom milled to fit with the original woodwork.

McCarthy said the new place is already a hit with returning patrons.

“Everyone who’s walked in – their mouth just hit the floor and their eyes are wide open,” he said.

Of course, The Place’s authenticity was more than just décor. Its menu was based on a no frills meat-and-potatoes mentality that might be laughed at by today’s foodies. McCarthy said their approach to The Place’s new menu was identical to how his team tackled the restoration.
“Like the building, we wanted to redefine what we thought the menu should be,” he said. “We kept the classics like the mac-and-cheese that people love and the Flynnie’s Thinnie, but we incorporated some lighter dishes and some shareable dishes.”

The menu is actually a clever blend of arcane classics like Trout Almondine and old stand-bys like New York Strip Steak, which never goes out of style.

“It’s a tribute to a classic menu with a modern interpretation and presentation,” McCarthy said. A cocktail menu is currently being put together, but it’s a safe bet you’ll see drinks to match the Mad Men era menu.

The Place’s new co-owner added that he plans to eventually feature the kind of nightly food specials your parents might remember – like Meatloaf Mondays, Turkey Thursdays and Fish Fry Fridays. No word yet on an Early Bird or Blue Plate Special.

With all that being said, the most “against the grain” thing you can probably find at The Place is the Kids Menu. It seems like every new restaurant these days has to tout its small batch whisky selection or budget-busting hamburger, and seeing a new restaurant in the City of Buffalo that caters directly to families feels almost revolutionary.

McCarthy noted that The Place has a long history of being family-friendly, with generations of folks still coming back year after year.

Brett Llenos Smith is a freelance writer based in Buffalo’s Allentown neighborhood who has been covering local food and culture for Step Out Buffalo over the past six years. As someone with a multi-ethnic background, he has a passion for exploring and understand the many diverse corners of Western New York.
Find More ➭ Downtown, Elmwood Village
×