Photo courtesy of The Terrace at Delaware Park

In 2018 The Terrace at Delaware Park, located inside Marcy Casino across from Albright-Knox Art Gallery, made the announcement that the ever-talented Bruce Wieszala was joining their team as executive chef. If you’re not familiar with Wieszala, it’s highly likely that you have indulged in his food without knowing it. His former gigs include Tabree, Bourbon & Butter, and Thin Man Brewery. I knew this would up the ante of the menu at Terrace, and after a delightful brunch there a couple weeks ago, the verdict is settled. Nothing against whoever was leading the kitchen before, but there was a new approach that was obvious in the food, from the savoriest of meat bites to the freshest of the fruits.

I love a brunch menu where it’s hard to choose between dishes. And at The Terrace, the entire menu is full of them. Steak & Eggs, Duck Confit Hash, Eggs Benedict, Shrimp & Grits, Chicken & Waffles, Mushroom Quiche, and Creme Brulee French Toast – and that’s not even including the lunch options they give you, including but not limited to a Lobster Roll and a burger topped with a fried egg. How’s a girl to choose?! 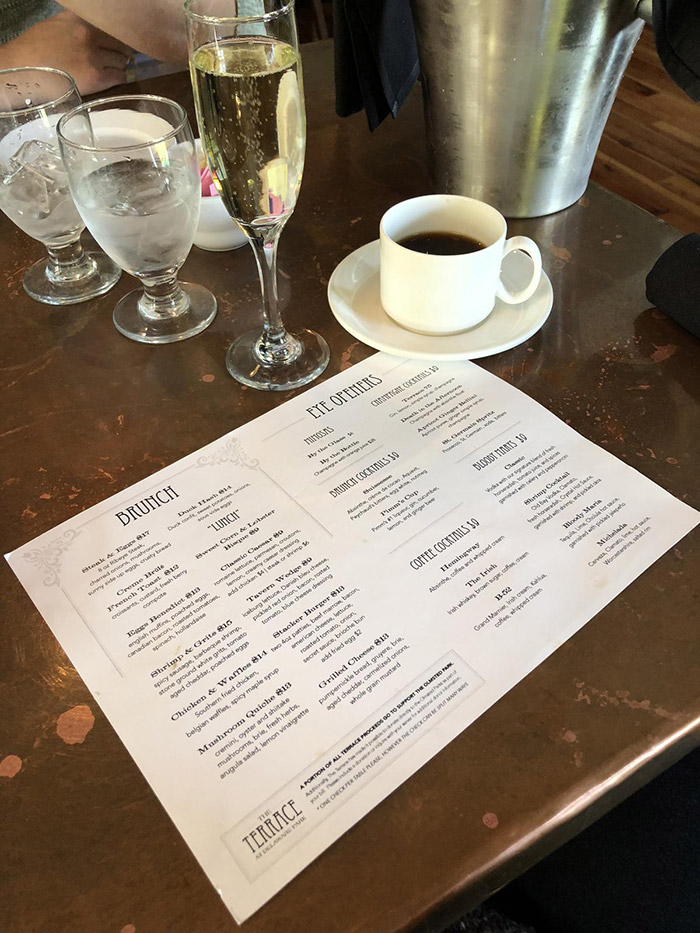 For me the hardest choice was between the mushroom quiche and the Shrimp & Grits. The server informed me that the Mushroom Quiche is served french style (at room temperature) so that led me to the Shrimp & Grits. My dining partner got the duck confit hash and there was no way I was passing up the Creme Brulee French Toast, so we decided to get that as a first course rather than a dessert course. 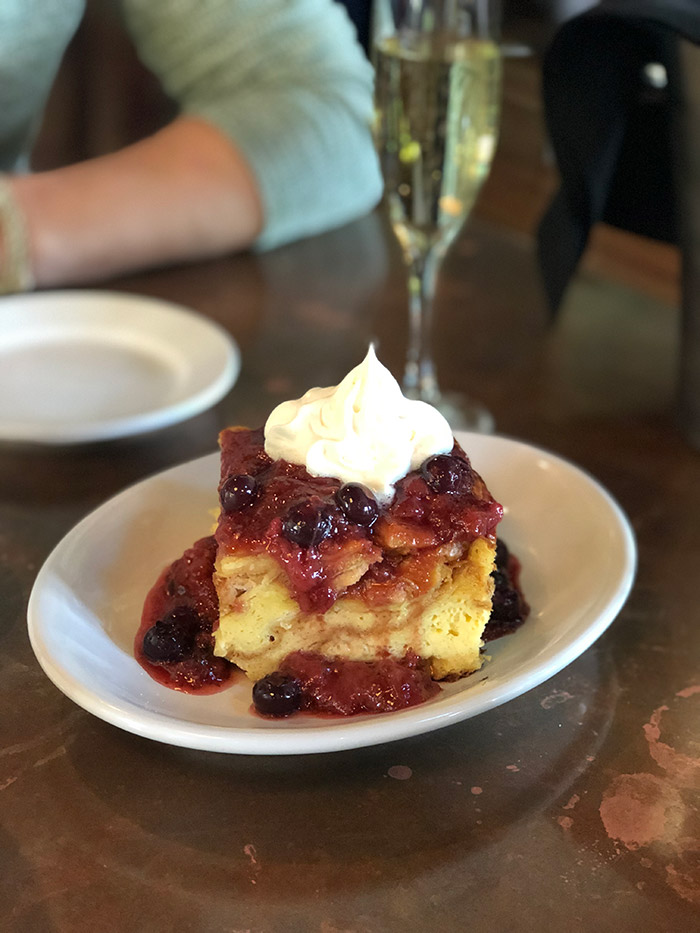 The Creme Brulee French toast is made from croissants, served casserole style, and pairs really well with prosecco. *cue 💁‍* Combine it with the stunning view of Hoyt Lake and good company, and you’ve got yourself one of the fanciest brunches in town.

The Shrimp & Grits were exceptional. I’m a huge fan of grits in all of its forms but of course you can’t go wrong when you add an aged cheddar. Throw in spicy sausage, barbeque shrimp, roasted tomatoes, caramelized onions and a poached egg? Hello, southern style breakfast galore. The Duck Hash was full of tender, juicy bits of duck and crispy potatoes, making for another beautifully decadent dish.

We split a bottle of champagne cause I’m boujie like that, but I’ll be excited to try the brunch cocktails on another visit – the Apricot Ginger Bellini, St. Germaine Spritz, an entire section of coffee cocktails and four Bloody Mary variations? Yes, please. I’ll just have make an afternoon of it next time. 🙂

You’ve been warned how good this brunch is.

The Terrace at Delaware Park