New: The Terrace Has More Than Just The Best View in Town 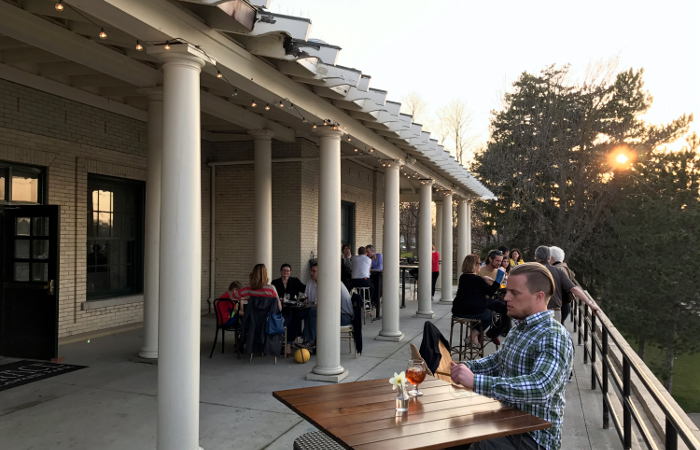 There are some new restaurants in Buffalo that send you hurtling forward into the void of the future – French-Mexican fusion? Gourmet vegan options? Menus that change faster than a hockey shift?
Then, there are new restaurants that make you feel like time is standing still.
Sure, the Terrace at Delaware Park has many of the welcome culinary touches you’d find at any modern restaurant. But the ambiance and the décor are from a by-gone era. Stand still in the middle of it and look around – you can feel spirits of the past blissfully whizzing by.
Located next to Hoyt Lake in the Marcy Casino, the Terrace features vintage design pieces, well-researched reproductions, and a contemporary open floor plan that still feels faithful to the structure of the 116-year old building. 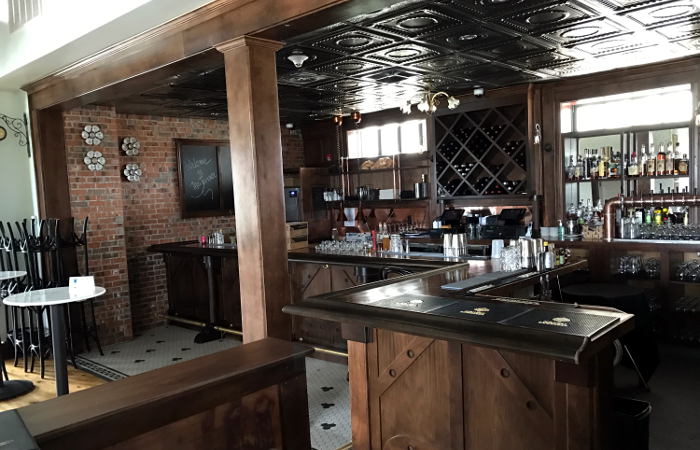 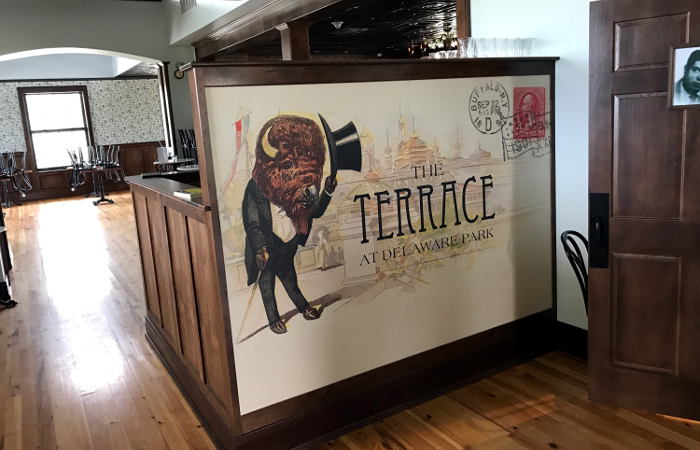 On a recent tour with the restaurant’s co-owner Jason Davidson and operations director Kristina Schmitt, I learned that everything in the Terrace was designed to evoke a sensation – much like the iconic artworks on display just a stone’s skip away.
“The goal was: When people walk into the building, they don’t know if the restaurant’s been here for 60 years or 6 months,” Davidson said, adding that Scott Everett and his company Stately Builders did a lot of the research and brought out the period style. “People walk into places like this and say, ‘They don’t make ‘em like this anymore.’
“We wanted people to come in here and say that, but well, this was just built 6 months ago,” he chuffed.

Inspired partly by the majestic houses that rise up around Delaware Park, the Terrace features lightly stained pine and mosaic tile flooring, exposed brick walls, wallpaper based on a Charles E. Burchfield design, and a library fireplace.  The arch-and-beam system that was installed in the nave of the Terrace is the coup de grâce – an on-point design touch that instantly evokes the early 20th century, and one that you just don’t see any more.
While the surroundings at the Terrace are meant to trigger thoughts of yesteryear, the menu does anything but. It’s safe to say Argentinian skirt steak, bao buns, and banh mi sandwiches probably weren’t being served on-premises in the past. However, their appearance is a welcome sight to many of today’s diners, including the one bashing out this article. See the full menu here. 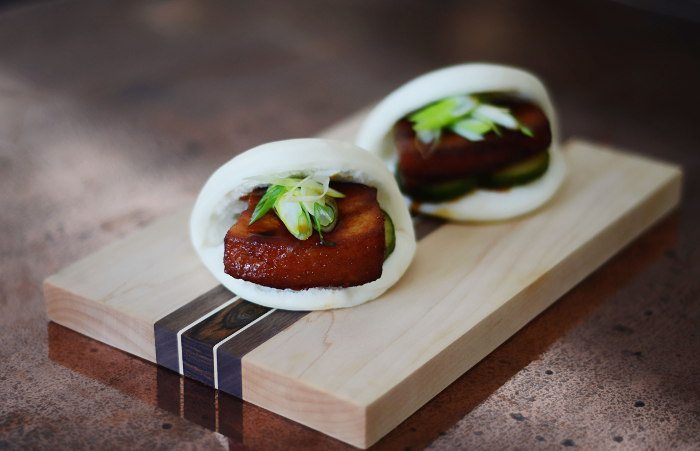 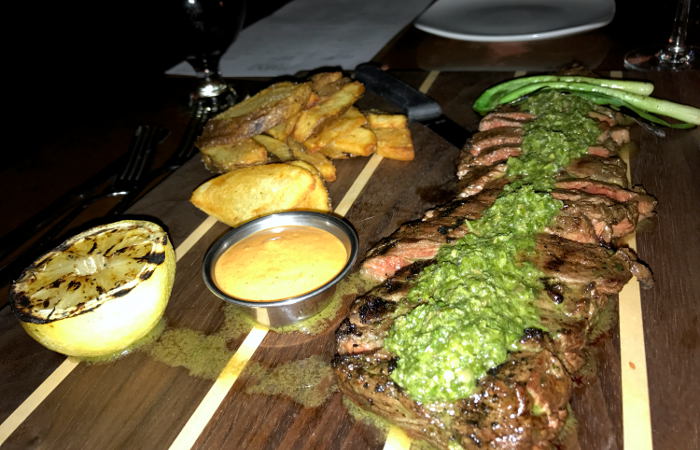 Skirt Steak at The Terrace / Step Out Buffalo 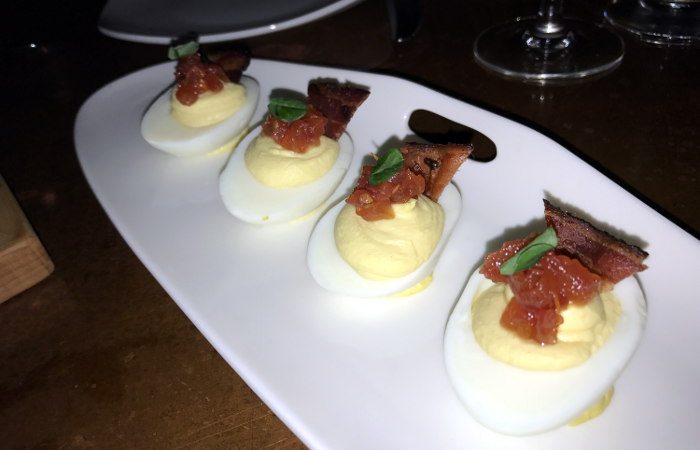 BLT Deviled Eggs at The Terrace / Step Out Buffalo 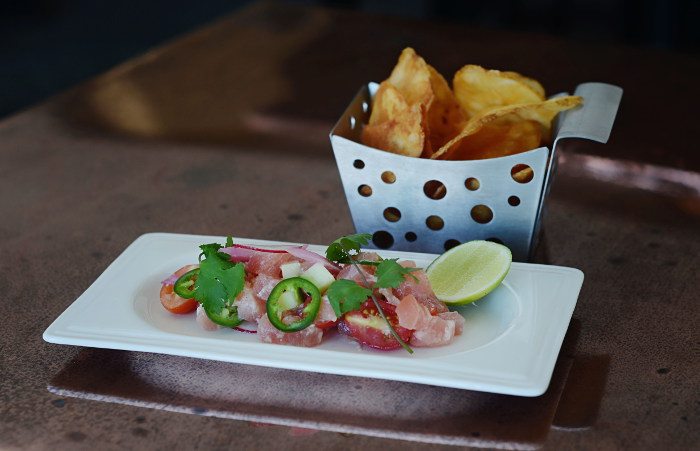 Ceviche / Photo courtesy of The Terrace 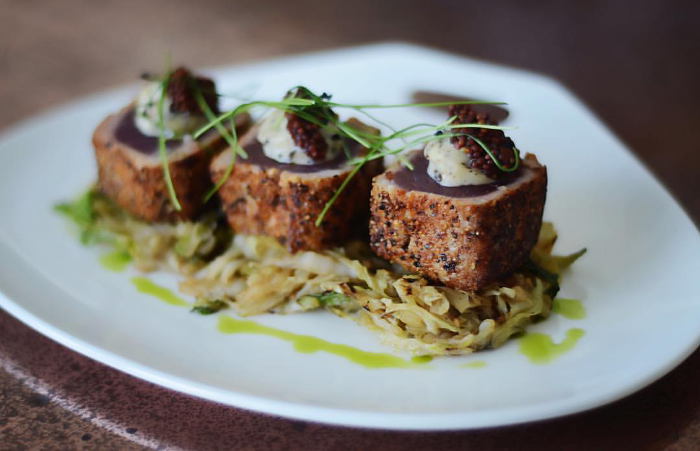 Developed by Chef Nick Rada, formerly of The Oak Stave, the menu also includes a raw seafood bar, crushable bar snacks, fresh salads, and a good selection of (all together now) large plates for sharing. Davidson and Schmitt said the menu was designed to create social dining experience, which might be particularly enjoyable on the patio overlooking Hoyt Lake.
“Rather than having a structured three-course meal, we want people to come in get a bottle of wine, some cocktails or some craft beer, and just keep ordering things out to the table, enjoying them and socializing,” Davidson suggested.

Mike Shatzel is Davison’s primary partner at the Terrace and you know what that means – a killer beer selection. On my visit, the array of beers was as good as you might expect, featuring wheat beers, IPAs, stouts, and even something for those who tell you they like sour beer.
While wine is also available at the bar, cocktails are the other big point of emphasis. Developed by former Vera bar manager Jason Wood, the cocktail menu at the Terrace features both heady modern cocktails and true-to-form classics like Manhattans, Negronis, and Martinis. Are these guys about to bring back the martini? I think they are. 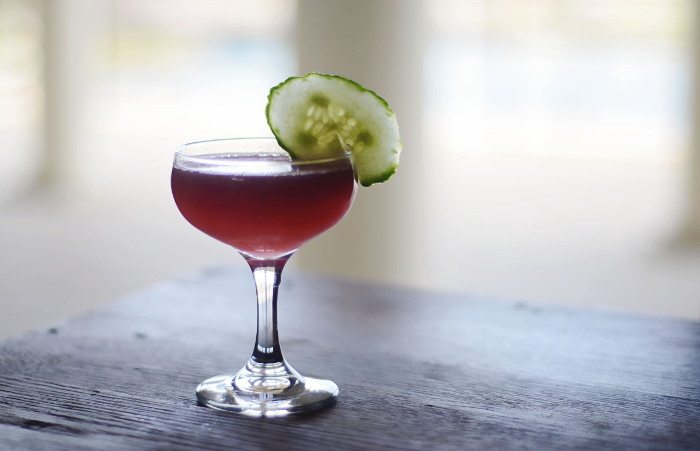 Photo courtesy of The Terrace 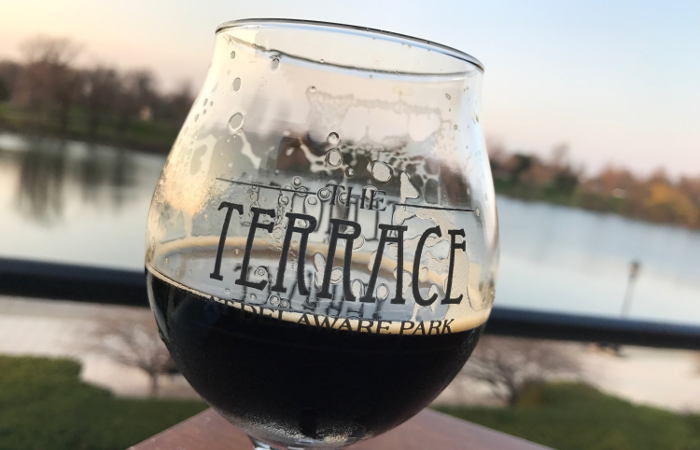 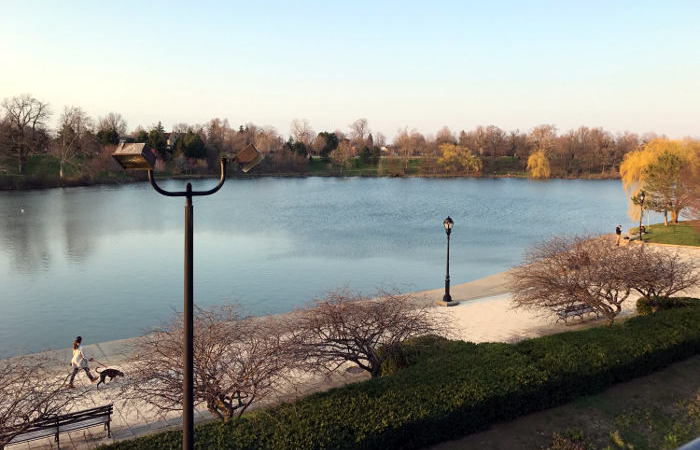 According to all indications, the Terrace is just the latest jewel in the Museum District’s crown, and Davidson mused that the local destination will become the next Canalside.
“With events like Jazz in the Park and Shakespeare in the Park, if you plan it right, you could spend a whole day here,” he pointed out.
“Liberty Hound, our sister restaurant, was down at Canalside before that even got going. We want to get in now in the Museum District,” Schmitt added. “The canoe guys come down. There will be more vendors and business popping up. All that kind of stuff will turn this into a kind of Canalside.”
You might fondly remember that Fourth of July fireworks used to go off over Hoyt Lake, and Davidson said he’d love to see them return.

“I haven’t discussed it with anyone, but maybe at some point we could partner up and try to sponsor them,” he said. “You know the fireworks display is so successful down by Liberty Hound, except for the fact that it’s drawing too many people, to the point where it’s hard to enjoy because it’s over capacity.
“So maybe that’s a great message to the city. Maybe we need two fireworks displays, to split the pressure on the police and the infrastructure. You know, why not do one on this side of the city?”
Bring back another cherished Buffalo totem? Why not indeed.
For more info on The Terrace visit terracebuffalo.com or follow them on Facebook and Instagram.