Here's Why The Wake is "A Party to Die For"

Irish Classical Theatre’s The Wake – A Party to Die For

Drinking, singing, dancing, feasting, laughing, drinking some more. Sounds like a party right? Perhaps of the birthday, graduation, retirement, or anniversary sort. Wrong. It’s a wake. An Irish wake. Actually it’s “The Wake” at D’Arcy McGees held by Irish Classical Theatre Company, to be exact.
The wake is for one Mr. Barry McCorpse. Mr. Barry McCorpse may be a slightly fictional character, but one with a great history (see obit below). Fictional or not, Irish wakes are a celebration of life – fantastic parties filled with all sorts of merriment. Some might argue, correctly, that this is how wakes were meant to be – a party to die for.
Call it a party with theatre or theatre with a party, either way it is the best of both worlds and no one has to die. Members of the Irish Classical Theatre Company will be on hand to memorialize a special Irishman with all sorts of pomp, circumstance, and plenty of merriment, and you get to join in the fun. This is the wake you always wanted to attend without the you know what. It’s gonna be a party to die for…or not.
The party hosted by and benefiting Irish Classical Theatre on March 4th, 2016 will be held at a new location this year – D’Arcy McGees right in downtown’s own Theatre District. Live music featuring McCarthyism, Kevin McCarthy, Meet the Bacons, and Crikwater will give you something to dance to all night long.
The venue no more suits the occasion than an Irish wake an Irishman, with vibes galore, oodles of space, tons of taps, bar space in every direction, and a central location for all hoping to pay their respects.
Tickets required. Tears optional.
True to form, there will be beer – Guinness will be poured, of course. Hey, it’s a wake right? Plus free wine, food, and probably enough storytelling for a lifetime – celebrating the departed of course.
The good people at Irish Classical Theatre urge you to come thirsty and wear your dancing shoes, as high-spirited dancing and carrying-on will not only be allowed but actively encouraged.
Advance tickets to celebration are $55, $50 for ICTC Subscribers; $60 at the door and include admission, free wine and beer, food, fantastic entertainment, surprises at every turn and all the fun you can handle. For more information about The Wake, visit Irish Classical Theatre’s website and get tickets here. 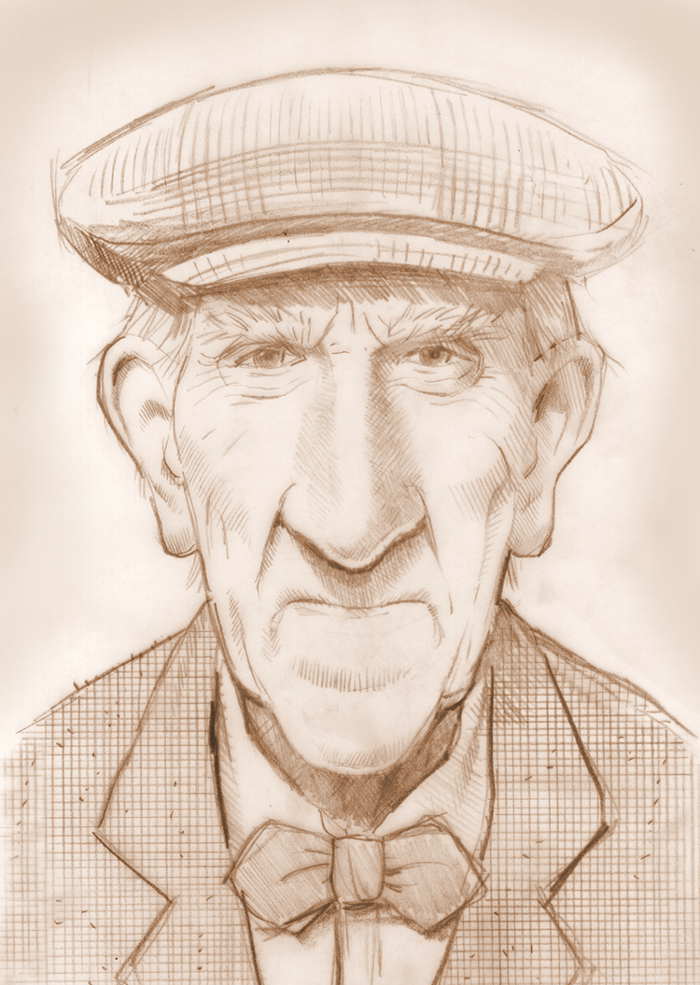 Bartholomew “Barry” McCorpse, photographer’s model, actor
1932-2016
Bartholomew “Barry” McCorpse died at his home in South Buffalo while shoveling snow into his neighbor’s driveway. He was 84 years old.
Born in Swinford in County Mayo, McCorpse enjoyed widespread renown as the 1932 winner of the “Ireland’s Most Beautiful Baby Contest”, an annual competition sponsored by the Happy Nappy Diaper Company of Dublin. Dubbed ”Beautiful Barry” by the tabloid newspapers of the time, the 3-month-old McCorpse became a national celebrity, with his smiling, cherubic visage featured on countless packages, magazine advertisements and posters. His moment in the spotlight was brief, however; according to McCorpse’s older brother (and later manager) Cary, by the time he was six months old his youthful good looks had begun to fade. “Aye, and by his first birthday, he was a right can of worms,” said the elder McCorpse. “A real fright, if you want to know the truth.”
Undaunted, young McCorpse was determined to recapture the glory of his early months, and pursued a career in modeling and acting, with decidedly mixed results. He won a small part (Seventh Man in Pub) in the 1952 film “The Quiet Man,” and, because it was a non-speaking role, he remained convinced until his death that he was the quiet man of the film’s title.  He also modeled briefly for the “before” pictures in an advertising campaign for Professor MacDonagh’s Restorative Alimentary Elixir before the company was dissolved following a Board of Health investigation in 1957.
Frustrated by the lack of success in his native country, McCorpse emigrated to the United States in 1961. Onscreen work was scarce however, given his saturnine appearance and generally irritable manner. He found occasional voice-over work in children’s cartoons, but had difficulty holding a job due to his frequent bursts of extended (and unscripted) profanity. He eventually settled in South Buffalo where he held his last thespian job of note:  In 1966 he appeared in costume as “O’Dooly the Cow” in a local children’s television program. He was released from employment in 1968 following an on-air fistfight with another costumed character, “Cuddles the Bear.” According the program’s spokesperson, alcohol may have been involved.
In addition to his older brother (and pallbearer) Cary, McCorpse is survived by his sister Byrne and a great many nieces, nephews and cousins. A  Wake is being held in his memory on Friday, March 4 at D’Arcy McGee’s Irish Pub. Proceeds will benefit the Irish Classical Theatre Company.