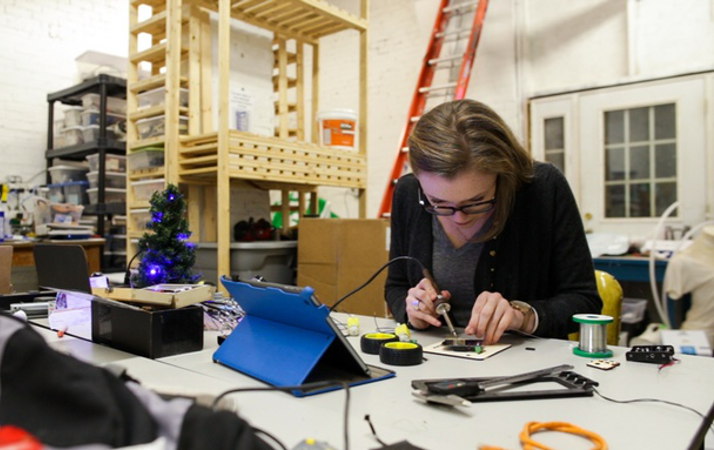 This year we’re making it our mission to find and deliver awesome locally started crowdfunding campaigns we think you’ll want to know about.
If you’re new to the concept, here’s what you need to know: the two big platforms used for crowdfunding are Kickstarter (the fundraiser must meet the goal that they set or you don’t get any of the money) and Indiegogo (the fundraiser gets the money raised in the end whether they meet their goal or not). Backers (that’s you) know this going in. Backers (remember, that’s you) donate money (AKA back) a campaign for two reasons. One – because they want to see this project become a reality and/or grow (you never know, it might not otherwise). Two – because they think the rewards are worth their money.
What are rewards? Glad you asked.
Rewards are what you get in return for backing a campaign. Yea, you usually get something in return. In a lot of cases, you’re basically pre-ordering the product you’re backing, allowing the organization running the campaign to prove that there IS in fact demand for their product or service just like they thought. Pretty cool huh?
Where does this fit into Western New York? Great question.
We’re going to focus on local campaigns started in Buffalo and WNY. We’ve already had quite a few pretty successful crowdfunding campaigns since the craze began. Some favorites of ours include LLoyd Taco Trucks’ campaign for LLoyd Dos which exceeded their $12,000 goal by more than $1,000, another for Lockhouse Distillery (they almost doubled their goal of $7,500), and Community Beer Works who raised over $15,000 to get started. Others have included Godzilla: Heritage Phase One – their goal was $10,000 and they raised $19,554, and Sensordrone which sped past their goal of $25,000 to $170,017. Read about more successful local campaigns here. More recently the Buffalo Hates You Too, A Love Story campaign was successfully funded.
So you see where we’re going with this?. There have been so many cool crowdfunding campaigns going on around here. Too many not to cover this (kind of offbeat) new topic. From now on we’ll be sharing some of our fav campaigns while there’s still time for you to get in on the action.
Starting off this awesome new series, our inspiration for actually making this series happen, is Thimble.
Thimble is a product that speaks to my love of subscription boxes, learning new things, and getting more people involved with engineering (including myself). Thimble is a product that allows you to “create fun, electronic devices each month with guided tutorials and helpful community; first kit includes parts to build a wifi robot.”

The campaign, led by co-founders Oscar Pedroso and David Brenner, started on December 8th and reached it’s goal of $25,000 in just 53 hours. I said 53 HOURS! As I write this one month in (and with one month to go) on January 8th, they’ve already raised over $207,000 and show few signs of slowing down. This is epic. Eespcially because I’m in love with their product and can’t wait to see it really blow up. Clearly so is the rest of the world.
Learn more about and back Thimble here, visit their website, and follow their journey on Facebook and Twitter.