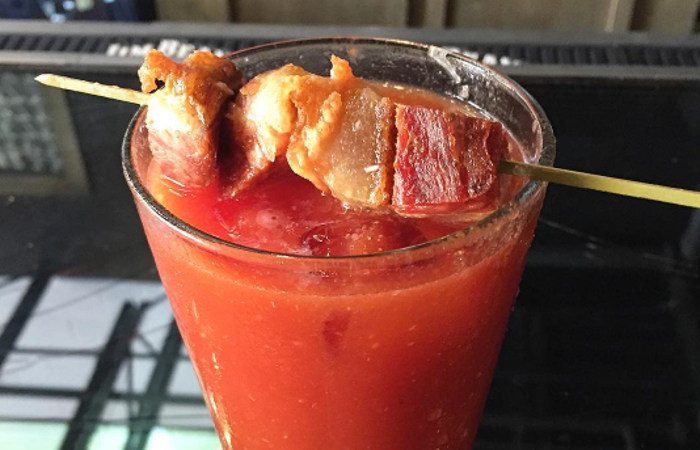 If you’re a food and beer lover living in the City of Buffalo, you have surely heard the name Mike Shatzel. Well, he’s done it right, once again, in the form of Thin Man Brewery on Elmwood. Thin Man is a beer and meat lover’s fantasyland. Not only does Brewer Rudy Watkins concoct their own list of delicious brews, there are always rotating taps of carefully-selected beers from around the country and beyond. Then you have, *drum roll*, platters of house-cured meats and various other carnivorous menu options, perfect for pairing with beer. Their brunch? An offering of traditional brunch dishes (think: hash, french toast, breakfast sammy) with the option to begin your meal with something from the regular menu (think: cheese platter, charcuterie, mussel pot). It leaves you begging the question, what more could you and your brunch crew want? 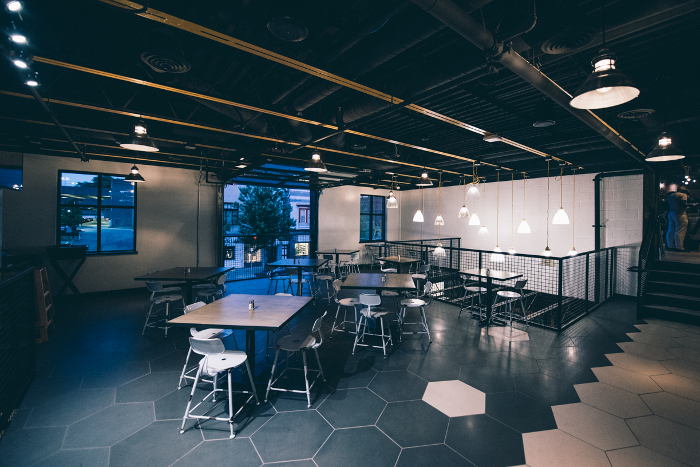 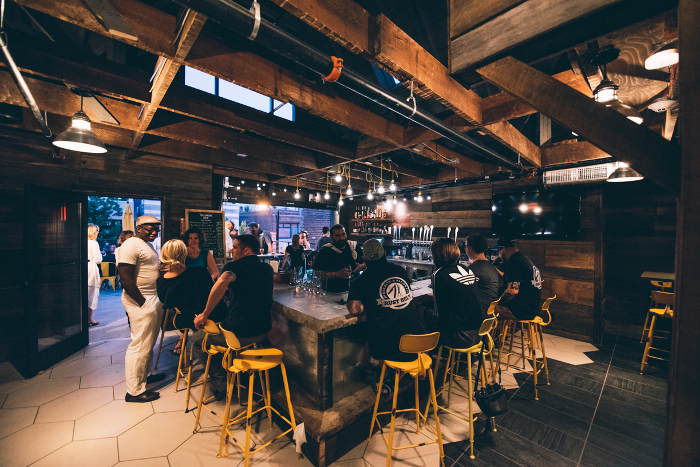 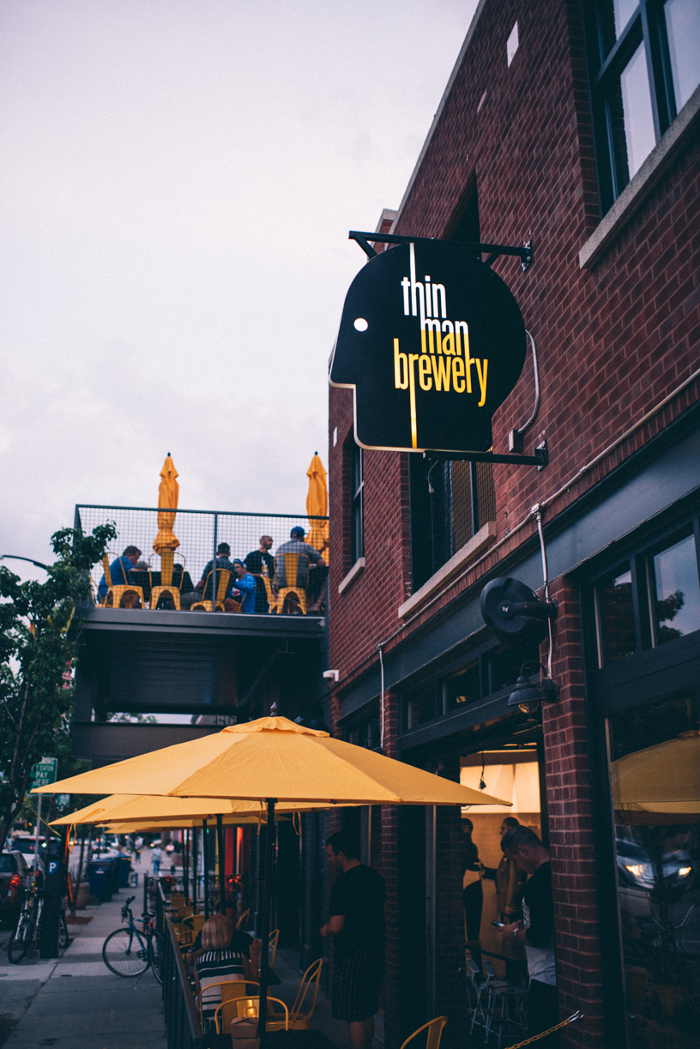 A big brunch void was left in the hearts of many Buffalonians with the closing of Blue Monk. Fast forward a few months and Thin Man is open, with promises of a hip hop brunch to start by fall, and by October we were witnessing the comeback in full force. Since then, I’ve enjoyed this lively new brunch twice, and I have to say – it’s definitely all it’s cracked up to be. And it runs Saturday and Sunday, so you have no excuse not to check it out.
If you need a brunch beverage segway to beer, make like me and start out with a blood thinner – a bloody mary garnished with bacon nubs. What’s a bacon nub, you ask? Only a glorious little cube of fatty, salty, crunchy bacon. You want this. Think of it as your amuse bouche to yourself, since you already ordered the cheese platter and charcuterie for the table. Here’s a look at what you can expect to arrive on the cheese platter: Delice de Bourgogne (France), Balsamic BellaVitano (Wisconsin), and Fourme D’Ambert (France); as for the charcuterie: chorizo, finocchiona, soppressata, pork terrine, bresaola and smoked coppa. Trust the cheese-gathering and meat-curing skills of Executive Chef Bruce Wieszala – you won’t be disappointed. 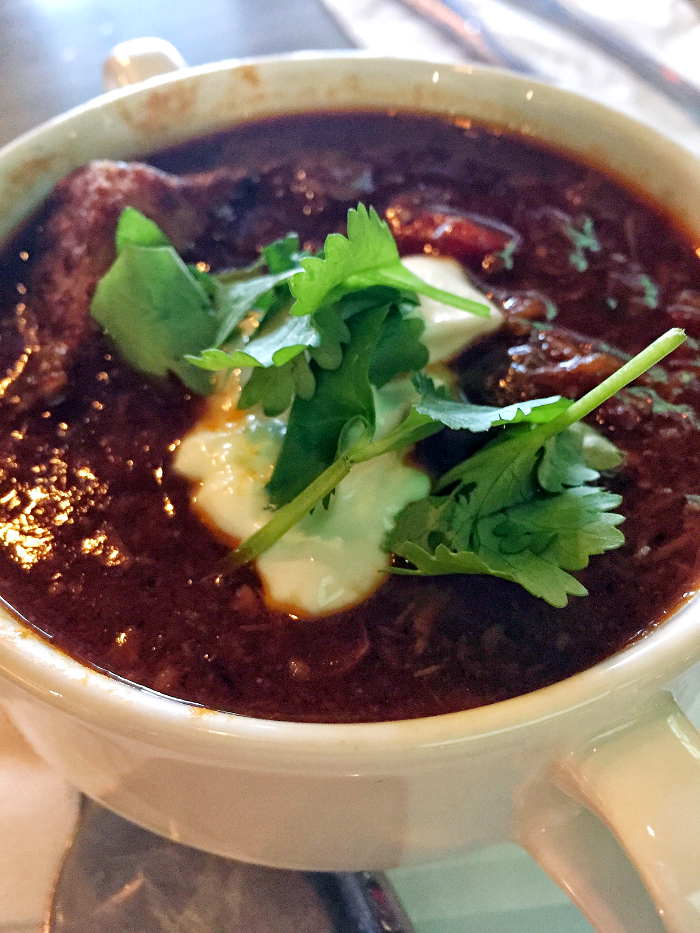 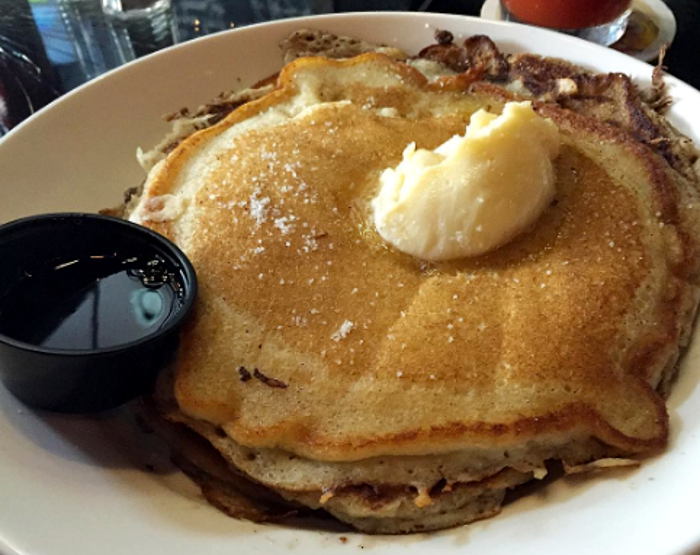 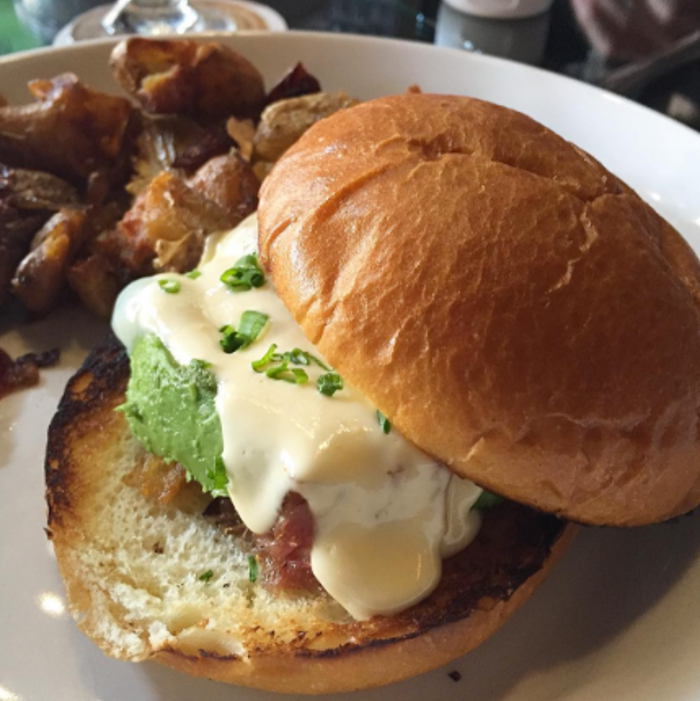 Next we had the Texas-style chili, a mixture of brisket, hominy, peppers and cornbread topped off with cilantro and sour cream. This is a chili I would seek out next time I’m in the mood for chili; it was simply heart warming and rich without the acidity that you get in some chilis. On two different occasions, we ordered all but one of the five brunch entrées, as listed below:
Flapjacks: Stack of three fluffy buttermilk pancakes, local maple syrup, maple butter (above)
Thin Man Breakfast Sandwich: Housemade bacon, poached egg, avocado, Frank’s Red Hot hollandaise sauce, brioche bun, crunchy potatoes (above)
French Toast: Roasted pear puree, cinnamon-honey mascarpone (below)
Pork Hash: Potatoes, peppers, onions, provolone cheese, fried egg, pork jus (below) 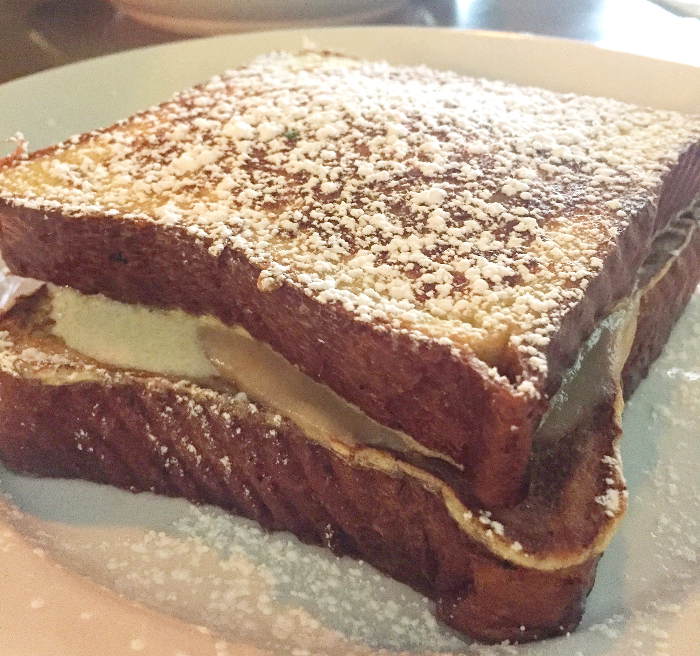 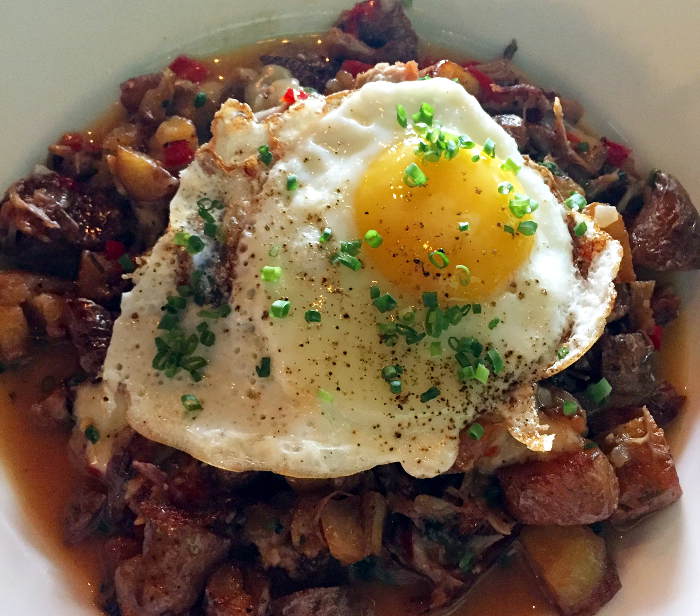 As you can see, Thin Man keeps it pretty modest when it comes to their brunch menu. With only slight twists on classics, there’s not much room for error – we’ve had it all before and likely have designated restaurants we go to when we’re craving them. To that, the Thin Man kitchen says, ‘challenge accepted’ and adds themselves to the ‘brunch rotation’, as I like to call it. The flapjacks were airy, fluffy, and crispy on the edges, and the maple butter and syrup were the ultimate smooth, creamy glaze on top without being too sweet. Likewise for the french toast – it was obvious that the bread had soaked in the egg batter for the perfect amount of time, and the roasted pear puree and cinnamon-honey mascarpone were, well, easy like Sunday morning (afternoon?).
If you couldn’t tell from the menu description above, the Thin Man Breakfast Sandwich basically takes all of your favorite brunch things and puts them between two fluffy brioche buns. The housemade bacon was the realest; thick shreds of the saltiest, crispiest bacon I’ve had since Texas. Not kidding. I only had one issue with the sandwich – there wasn’t enough bacon or egg on it! Now, as good as everything else was, the pork hash was the star of the show. For those of you who are fans of the H.R.E.A.M. from The Black Sheep, this definitely compares. Tender pieces of pork, crispy pieces of potato, the flavor of peppers, onions, and pork jus, melty provolone cheese AND a fried egg. I mean, would you just look at that picture?! Dreamy.
Go. now.

Adrianne is the face behind the @buffalobrunch Instagram and she's enthusiastic about the up-and-coming food and drink scene in Buffalo. When she's not brunching or writing about it you can find her behind the pine at Ballyhoo. Adrianne enjoys yoga, cycling, and snowboarding to work off all of the Bloody Marys and pancakes.
Find More ➭ Best Brunch, Step Out College, Sunday Brunch