Things To Do: Rent Movies to Stream From North Park Theatre 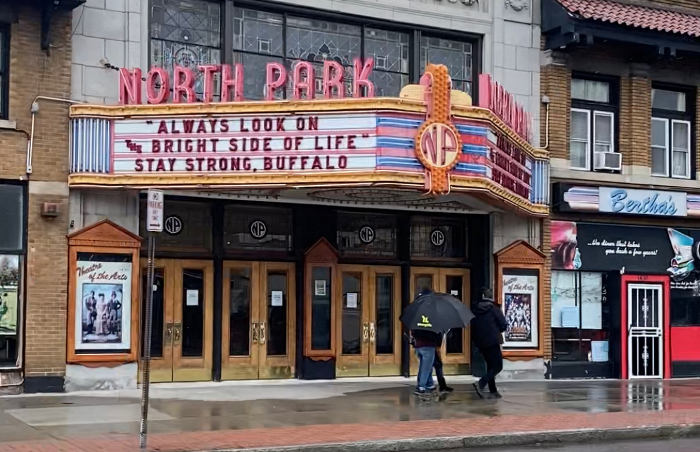 Are you an avid movie theatre goer who is having withdrawal, we feel for you. While nothing can replace the experience of enjoying a film at the theatre, buttery popcorn in hand, we’re happy to report that there is an excellent way to support the North Park Theatre during this tough time.

Although the theater’s doors remain temporarily closed, North Park Theatre has found a way to continue sharing adventures with their customers through streaming.

Northparktheatre.org states, “Thanks to the generosity of our film distributor partners, we are able to offer you award-winning new releases screening EXCLUSIVELY in “virtual” arthouses here and across the country. While nothing can replace the moviegoing experience, these are all exciting, first-run titles that might have played here had we remained open this spring.”

50% of your Virtual Cinema purchases will help benefit the North Park. The theatre urges you to share your streaming adventures on social media using the hashtag #northparkandchill.

The threatre continues to release new first-run films with prices ranging from $10 – $12. All films are streamable through the web OR on streaming media platforms like Apple TV and Roku.

For more info on North Park Theatre’s Virtual Cinema and to see trailers of the following films, visit northparktheatre.org.

…and more on the way.