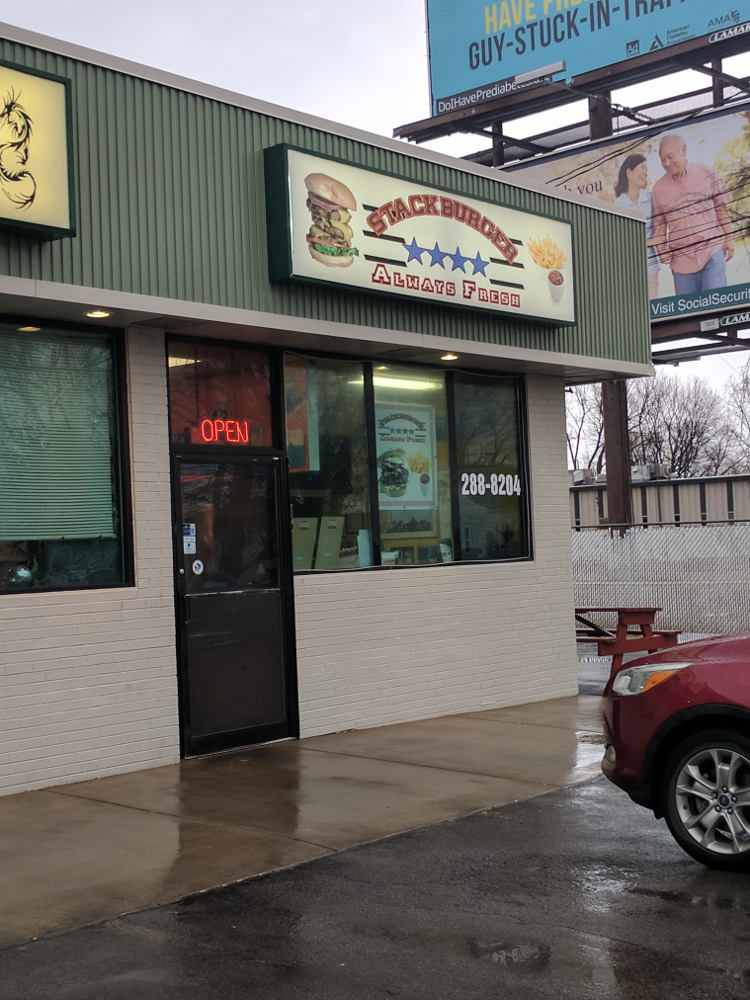 In business for more than two years, Stack Burger turned heads at the 2016 Taste of Buffalo with it’s deep-fried peanut butter and jelly, which earned the Best Overall and Chairman’s Choice awards.

Coming out of the gate like that, it’s easy to dismiss the West Seneca restaurant as a place that slings one-dimensional fair food, the kind of food Guy Fieri thumps together with little effort and a metric tonne of hair gel. But, you’d be wrong to dismiss Stack Burger as stunt food you eat with your frosted tips and your sunglasses on backwards. 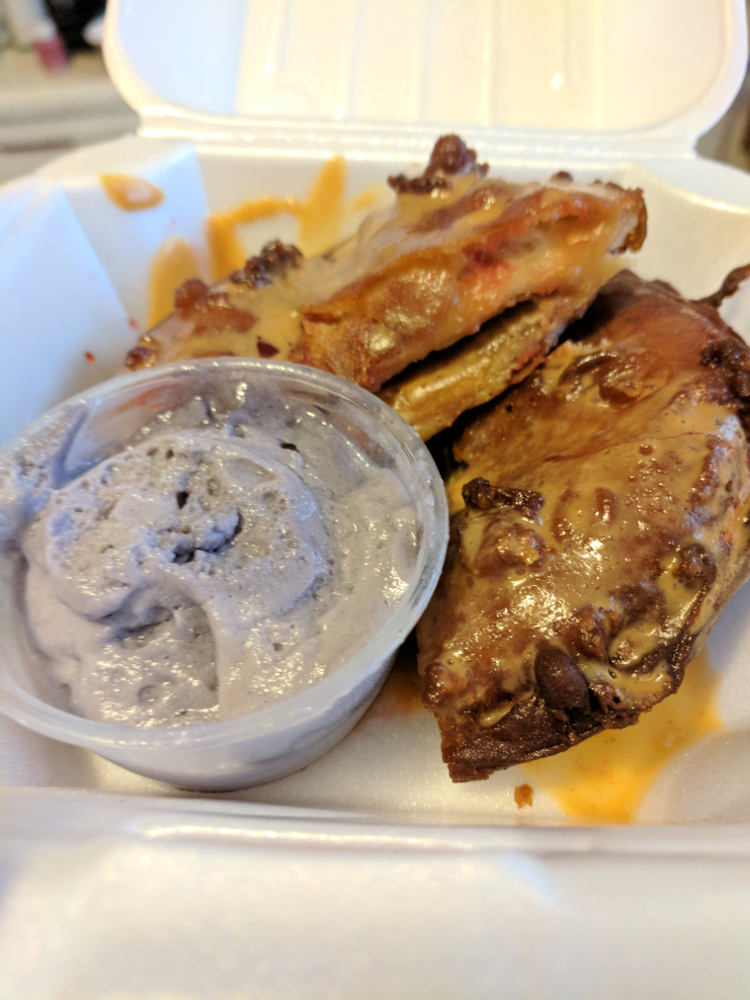 “Some people get all high and mighty with gourmet, which is great; I love that food too,” Giangrosso told me. “But honestly, I know that scares a lot of people. A lot of people are afraid of that and I didn’t want to alienate anybody. I wanted to be able to do that stuff and still conquer the simpler food too.”

Stackburger’s current location is just a small hole-in-the-wall take-out joint, but what is lacks in size it more than makes up for in hospitality. Dominic Giangrosso, Anthony’s brother, holds court at the front counter; telling stories, cashing out customers and expediting orders. I think I got about three good stories out of him in two minutes. Long-stories, short: Buffalo Bills go in there regularly and wolf down multiple giant sandwiches.

To be honest, I was expecting basic fair food from Stackburger; bland gut-bombs that you have to power through. I was wrong.

One bite of Stackburger’s deep-fried PB&J ($4.50) and you’ll know why it’s an award winner. The dish is all about that hard-fried battered crunchy crust. The taste of a PB&J might take you back to childhood, but the loganberry reduction and fluffy grape whipped cream triggers an appreciation that’s all grown-and-sexy.

Sounding like a proper chef, Giangrosso said he was very inspired to do a hot take on the American classic.

“People think of it as a sandwich, but it’s so sweet and decadent, it’s almost desert-like,” he said. “If anybody tries to order it without the whipped cream, I try to talk them out of it. You need it. You need that and the loganberry reduction. It’s all together. I really wanted to build something with that.” 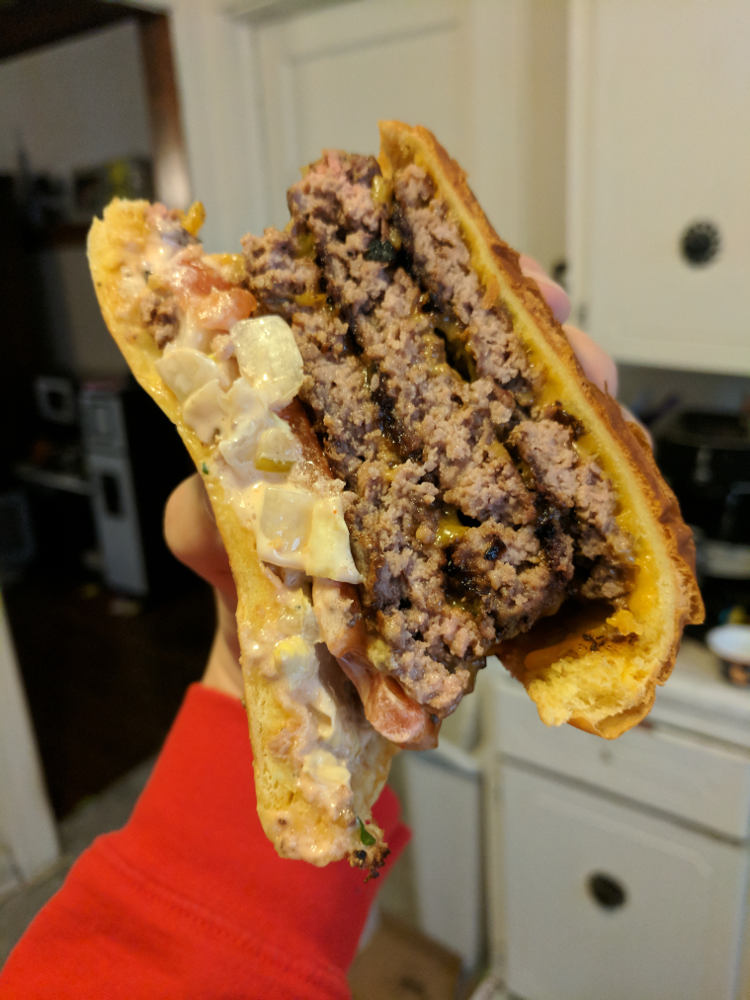 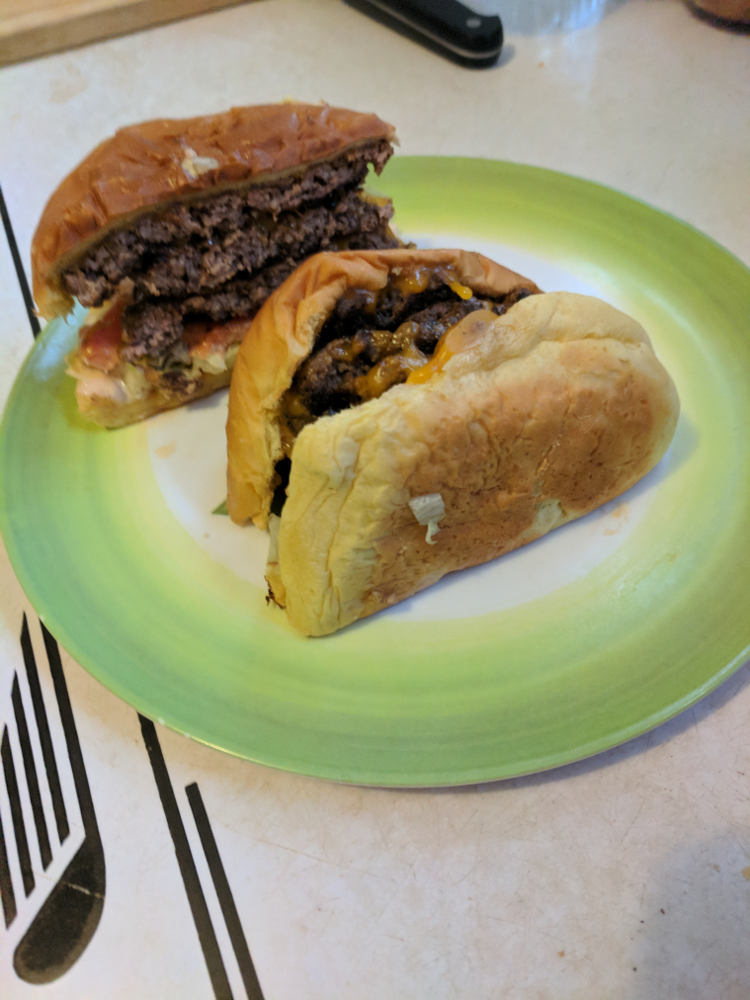 If deep-fried peanut butter and jelly isn’t decadent enough for you, there’s the triple stack cheeseburger ($9.25). Once again, the heaviness of three all-beef patties, cheese and a bun were cut by a crunchy, sweet and tangy onion topping, I found out once I was able to cram it into my mouth. 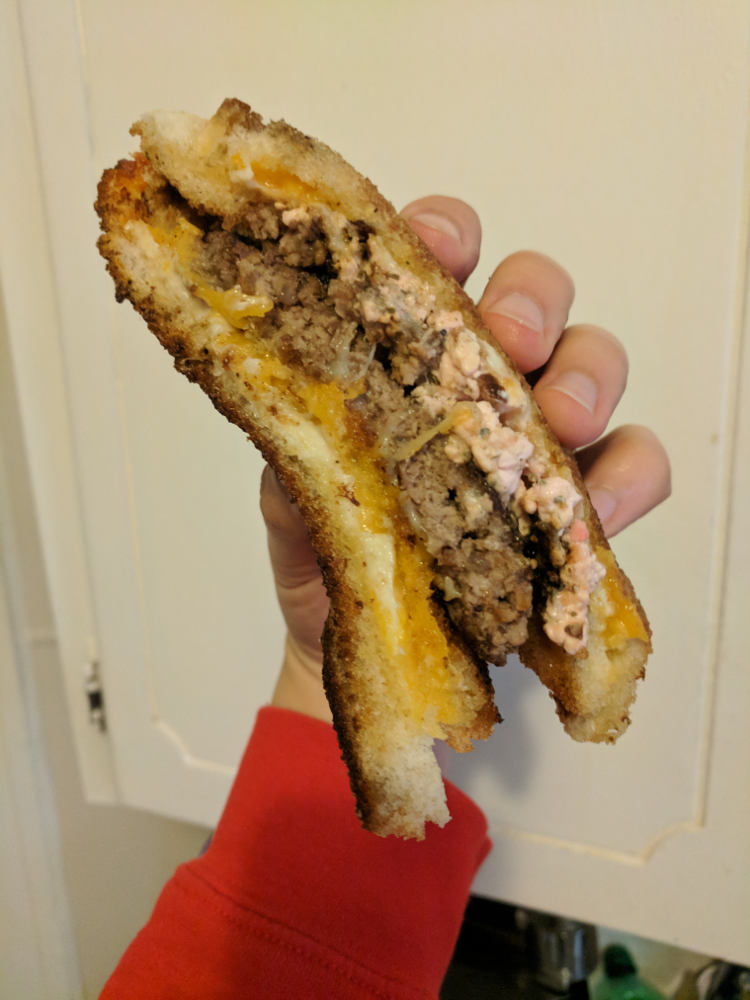 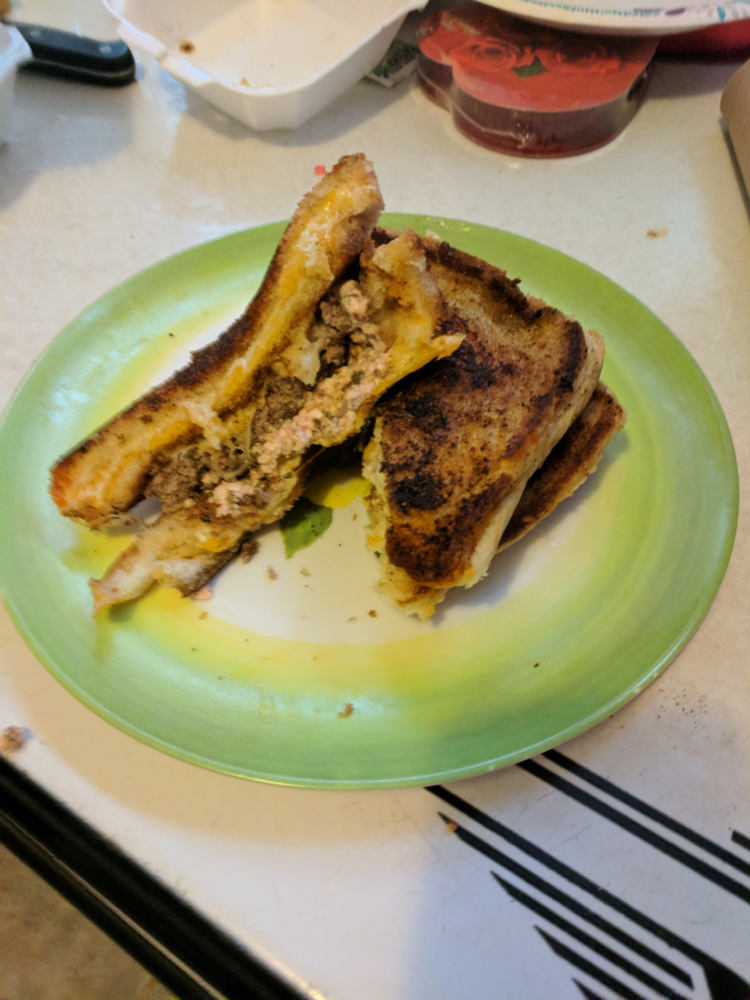 The X-treme Grilled Cheese ($8.50), a cheeseburger between two grilled cheese sandwiches, is probably already something you’re familiar with if you’ve gone to county fairs or watched grease-smeared food television. But once again, Stackburger does something that makes stunt food complex and interesting – including a savory spread with an oregano karate chop that hi-yahs through the weight of the sandwich.

“I wanted to set it apart so I started experimenting. So, I came up with that spread,” Giangrosso said. “There’s a couple different cheeses in there and there’s Italian seasoning in there too… The Italian spices make it like a meal, right on the sandwich.”

Responsible for around 90 percent of the menu, Giangrosso told me everything at Stackburger is made in-house, even the blue cheese dressing and barbecue sauce. All of the burgers are made from fresh, never frozen, beef.

Stackburger plans to move to a bigger location in Lackawanna and expand beyond upscale fair food. Giangrosso said a new menu will include dinner specials, soups, more sandwiches and a gourmet milkshake program.

These are existential questions you can ponder as you try to cram a massive, delicious Stackburger sandwich into your gaping maw.