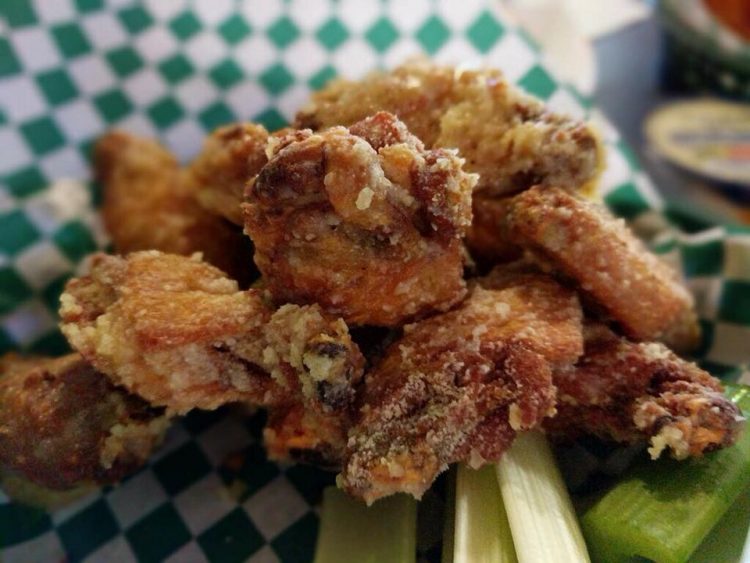 People in WNY are passionate about their chicken wings, particularly when it comes to sharing their opinions on their favorite places to consume them. And among all the big players of the chicken wing world are the little guys – the hole in the walls, the dives, and corner bars, that restaurant that’s always been there – that people swear by again and again. They may be lesser known, but they shouldn’t be ignored. These guys deserve the same credit as some of Western New York’s more famous wing joints.

Listed below in no particular order…

Did we miss one? Send us your favorite best kept secret for chicken wings at info@stepoutbuffalo.com

Located between Cleveland and Wehrle, this locally owned and operated eatery has been around for a half-century. Several longtime employees serve up a number of tasty treats on their menu, with their chicken wings (served “Buffalo Style” or boneless) being among the best you will probably ever have.

While this is not a particularly fancy place to dine, Wiechec’s has a tremendous following, especially for fans of their hot wings. Get in there and have some and I am sure you will want to come back for more.

Perfect place for the softball team to pile in and order three or four batches of wings. They have napkins, but feel free to wipe your hands on your uniform. Awesome wings always served with a smile.

If you’re in the mood for some delicious tossed crispy wings, look no further than DBGB’S. They have all the classic wing sauces, and spice things up a bit with regularly available flavors like, Ho Chi Min, which is a Vietnamese sweet chili sauce. But, if you’re like us and always looking for new exciting and daring flavors, then DBGB’s is a must. With different specials seasonally, they have been known to take wings to the next level with specials such as ‘Bloody Mary Wings’ and ‘Sweet Georgia Peach Wings.’ Get over to DBGB’S now and explore all the deliciousness, who knows what the next crazy flavor will be.

Yes, this is a bit of a drive. Yes, you may have to glance at a map at least once. For my maiden voyage, I had to pull over twice to figure out exactly where I was going, but once I got there, I was glad I had made the trip. Some of the best wings (and pretty darn good chicken fingers too) around, even if it is a bit of a hike. Take my word for it, the wings are worth the road trip. Gas up your vehicle and go. You can thank me later.

Definitely jot this one down somewhere and plan to visit over the summer to enjoy the scenic view that beautiful Lake Erie provides, especially if you are lucky enough to land a table on their outside deck. Tremendous chicken wings at a place that some unfortunately just think of as a “seafood joint.” Next time you head there for a fish fry, order a plate of hot wings as an appetizer.

There is also a location on Main Street in Lockport which I have never visited, but Wheatfield is where I went for a plate of “extra hot” wings. Extraordinary taste and some of the best customer service you will find in the Buffalo-Niagara region. Put this place on your agenda the next time you visit Niagara Falls and take the scenic route to grab some lunch or dinner.

Popular place amongst locals from West Seneca, Orchard Park, Elma and other surrounding towns, I recommend city residents and people from the Northtowns to visit here sometime and order some wings. Delicious treats for dinner or a late night snack, the festive scene becomes that much more enjoyable when munching on their barbecue wings.

A relatively new place to enjoy some wings, this place specializes in “pub style food” with a bit of a twist. Great variety of wing flavors available, this is becoming a place to be and a place to be seen in the Southtowns. I recommend visiting here on a night of a Buffalo Sabres game and ordering a double order of garlic parmesan wings right after you grab a seat in front of one of their many televisions.

I have had the wings here several different times and have never left disappointed. Fun place that seems to draw most of their crowd from Orchard Park, West Seneca and Hamburg, this is another location I recommend to city residents and Northtowns folks looking to enjoy some delicious wings in a fun atmosphere.