Must Visit Places For Chicken Wings 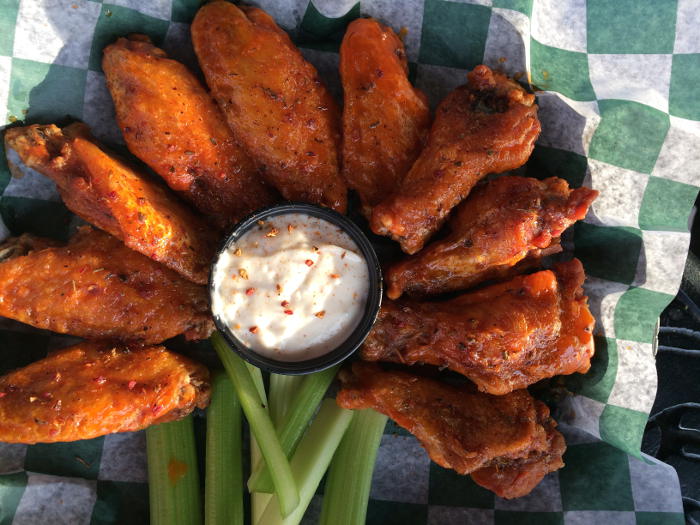 Compiling a list of the best chicken wing places in Western New York is a challenging task. In fact, for me or anyone to try and identify the best of the best locations to consume a plate of wings and not face some type of backlash or outrage is nearly impossible.

That is why in researching this topic I came to a conclusion pretty early on that mentioning just a few local eateries where I believe the perfect wing is consistently served would be unfair because, quite simply, there are a number of places in Western New York that know how to properly cook wings, accurately season wings and tastefully serve wings.

Today’s installment is a guide for those of you who may be entertaining guests from out of town and are searching for an answer to the question of where should you take your visitors for an order of wings. This list was extremely difficult to formulate but in the end I feel combines the consistency in high quality taste with the “destination” factor that so many visitors crave when they are seeking a location that has some sense of mystic “no visit to Buffalo is complete without a stop here” atmosphere.

Appearing here in alphabetical order and ready to be analyzed and debated by wing enthusiasts throughout Western New York are the top ten “must visit” places for chicken wings.

Famously known as being the original creator of the chicken wing, this really is a destination that many tourists place on their itinerary. The wings really are incredible, consistently cooked and sauced even on their busiest days, which are usually during the holidays. Always a festive atmosphere, you come hungry and leave satisfied.

Simply put, fantastic wings in a phenomenal setting. Most visits here find the place jam packed, but they somehow keep churning out the wings and obviously satisfying their patrons. Their barbecue wings are dynamite.

There are five locations in Western New York, three more in Canada and one in Texas, but the Sheridan Drive location is really THE place to experience the delicious taste of Duff’s wings.
There is something truly unique about their sauces that make them stand out and I feel that their wings are consistently more crispy then pretty much anywhere else. Whatever their recipes detail, they have them fine tuned and keep people coming back for more. If you can get to any of the other locations, I do recommend it, but if at all possible, a stop to Sheridan Drive should be on your bucket list.

Not too long ago this place may have fallen under the “best kept secrets” list for chicken wings, but more and more people who I speak to rave about their wings, and the praise is warranted.
The unique building is located in Buffalo’s historic Allentown District and is staffed by an exceptional kitchen crew that knows how to cook chicken wings. I recommend telling your waitress you want a “single medium” and then sit back and let them do the rest.

Just good old-fashioned chicken wings fried up and sauced by people who know how to run a pizzeria. So many different ways to enjoy them, La Nova’s barbecue wings “from the pit” are tremendous, with the honey mustard and hot-n-spicy also among my favorites.

The Todaro family rarely disappoints their customers and in most cases exceeds their expectations. Take it from a repeatedly satisfied consumer of their wings.

As a lifelong Hamburg resident, I know all about the cozy atmosphere at a locally owned and operated place known to many locals simply as “Mammys.”
Their style of saucing their wings is truly unique as they apply the hot and tangy sauce sparingly using a basting brush. An order of “barbecue hot” wings always hits the spot.

Many pizzerias throughout Western New York have chicken wings on their menu, but Mister Pizza Elmwood clearly takes pride in every wing order they serve. Tough call to say which flavor you should try, but you really can’t go wrong with suicidal or teriyaki. If the weather is nice, eat them right on the patio as you watch the world pass you by via Elmwood Avenue.

Probably the most talked about place for wings over the past couple of years, this is another location that used to be a “best kept secret” but now is gaining popularity throughout Western New York and beyond.
The reason people are talking about it is because their chicken wings are awesome! This is fast becoming a destination for Buffalo Sabres fans before they head to a game in downtown Buffalo. Their signature arrangement of the wings and celery in a circle around the bleu cheese makes for a great conversation starter, but once you start eating, there is little time or reason to talk.