Things to Do / Know 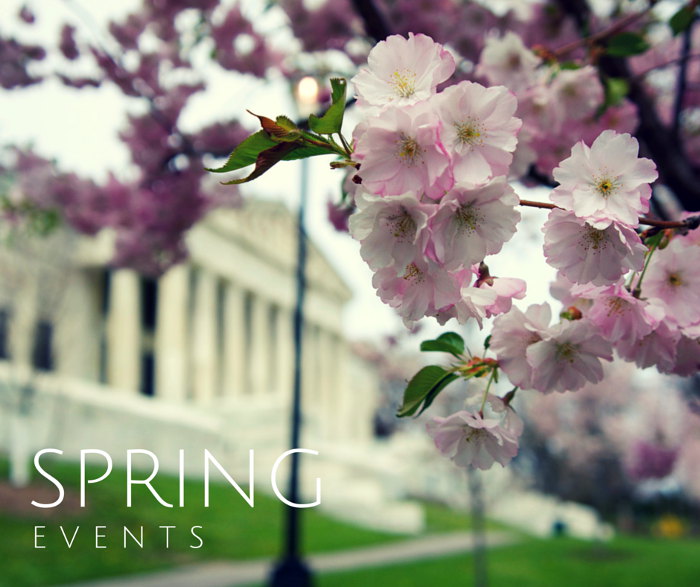 Put away your parka! (But keep it close by just in case.) Spring is upon us and with it comes a whole slew of worthy events to look forward to. We rounded up the best of the best here to make sure you don’t miss a beat. Luckily, there aren’t so many that you’ll have to pick and choose – you can easily make it to all of these this spring. Enjoy! 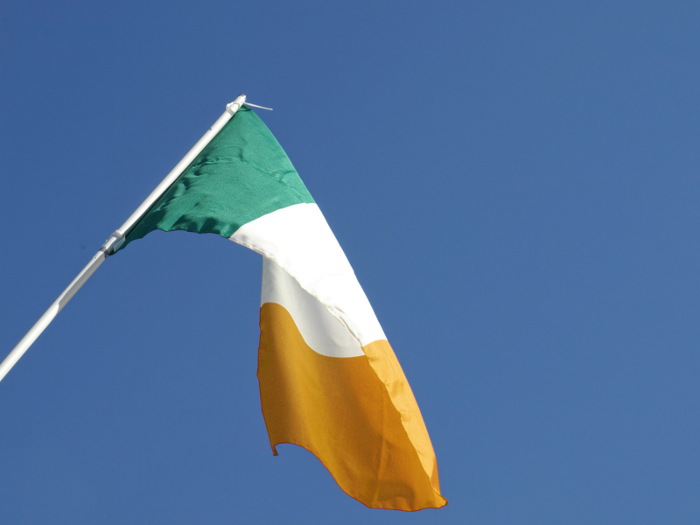 There are exceptions to every rule, and ours is March 17. Also known as, the unofficial start to spring around here. This year, the parade falls a couple days earlier than that on March 15. There may be winter jackets, boots and gloves involved, but that won’t stop Buffalonians from partying like it’s mid July on the streets of South Buffalo, downtown and beyond. Stay warm and safe as you kick off celebration season in WNY!

Unfortunately, the first try at Soup Fest 2015 in February was postponed thanks to some of the coldest temps know to America. It was a sad, sad day, as there had hardly been a decent event hosted since New Years Eve around here (still questionable). Lucky for anyone who bailed before the official cancellation, the festival has been rescheduled to a (somewhat) warmer date at Buffalo Niagara Convention Center. It’s more than likely that if you plan to attend on March 22, your face will not freeze off, but it will still be chilly enough that you’ll wake up craving warm liquid and your prayers will be answered. Join over 25 participating restaurants from 11am – 6pm at Buffalo Niagara Convention Center. Tickets are $5 at the door and $1 “soup bucks” can be purchased at the event.

This family friendly event isn’t just for kids. If you’re interested in books, art, or food, you’ll love the collection of edible literature on display and later consumed at the WNY Book Arts Center on April 12th from 4pm – 8pm. Awards are given by local celebrity judges for Best Book, Best Tasting and Most Creative. General admission is $5 at the door.

For those of you who don’t know, Babel is an acclaimed lecture series that hosts authors from around the world and creates a global literary conversation right here in Western New York. The final lecture of the season presents Patti Smith who was named one of the most influential people in the world in TIME Magazine’s TIME 100. Patti is a poet, singer, songwriter, photographer and artist. She won the National Book Award for Non-fiction for her bestselling memoir Just Kids. The lecture takes place at Kleinhans Music Hall on April 17 at 8pm. $35 tickets can be purchased in advance online and at the door if the event doesn’t sell out.

If you’re at all into beer – that is, how it’s made, the science behind the beer making process, meeting local brew masters or even just drinking the cold stuff, this event is right up your alley. At the 7th Annual Beerology event at the Buffalo Museum of Science on April 18, guests can sample beers from some of the best micro breweries in the area, as well as snack on beer-friendly foods and experience presentations on home brewing and lectures on different beer-related topics. If you ask us, they’re taking the average beer festival to the next level. Tickets are $45 and should be purchased online ASAP. The event tends to sell out.

The Buffalo Wine Festival, held at Buffalo Niagara Convention Center from 1pm – 4pm and 5pm – 9pm on April 18, offers you the opportunity to taste regional wines from more than 30 New York State wineries. In addition, other local vendors will be on hand for an evening of shopping and browsing. $35 admission tickets to the festival include a keepsake wine glass and sampling from all the wineries and vendors. Tickets at the door are $5 more!

This epic tapas night at Elm Street Bakery on April 21 at 6pm is the first of many “Adventures in Food” to come. We suspect, however that none will be quite as legendary as this first, Spanish tapas bar themed evening Chef Rowell and team have planned. Join us for hours of tapas, Spanish music, wine, cava, sangria and mingling with friends and ESB chefs at 15 food stations throughout the bakery. As you can tell, we’re pretty excited. Tickets are $60, which includes drinks and gratuity and can be purchased online. See you there!

Every other year, The Junior League of Buffalo chooses an architecturally significant home in the Buffalo area to undergo a full remodel by a local decorator as a fundraiser to benefit WNY cultural and human-service organizations. This year, the Edward H. Webster House at 164 Lincoln Parkway as been chosen as the 2015 Decorators Show House and will be available to tour after it’s completion from April 25 to May 17, Tuesday – Sunday at a variety of times. Admission tickets are $20 pre sale and $25 general admission.

It’s that time of year again. The cherry blossoms in the Japanese Garden behind the Buffalo History Museum will be in full force and Buffalo will be as beautiful place as any to catch the trees in bloom. The window is small and can be somewhat unpredictable, but trust us, a visit to the gardens is well worth any trouble. Events of this week long festival include Family Day inside the museum, live music, an International Costume Show, Pink Boar Rides on Mirror Lake, a parade and a tree planting.

This newer, grass roots music festival in the Elmwood Village is an excellent way to spend a Saturday afternoon. In truth, it may be May before spring has truly sprung around here, and this is the perfect way to celebrate the warm up. Enjoy the community-driven music event by wandering from yard to yard through the side streets off Elmwood Ave, listening to the sound of acoustics and neighborly connections being made.

Ron Hawkins and the Do-Good Assassins / Photo from ronhawkins.com

This giant (by Hamburg standards but also Buffalo) music festival takes over the village in a way that only the first warm weather festival of the season can do. The streets, bars and restaurants up and down Main and Buffalo Streets all the way to Memorial Park will be filled with accomplished and aspiring musicians, and Western New Yorkers ready for one of the best nights out all Spring. We wouldn’t be doing our job if we didn’t inform Buffalonians about this gem of a festival happening in the South Towns. Careful, it will be here before we know it, and you don’t want to miss it. Grab a $10 “Hamburg Music Festival” wristband ahead of time for access to the venues with music plus the bus shuttle around town all night.