Trimania: The Unofficial Kick-off to Performance Season in Buffalo 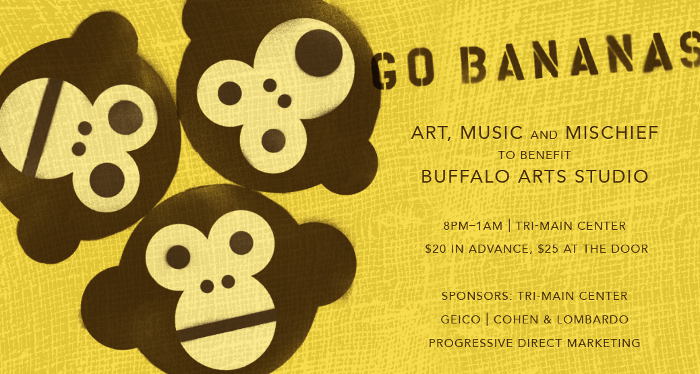 One part music fest, one part recital, one part exhibition, one part pub crawl – Trimania is the unofficial kick-off of the local dance and musical performance season in Buffalo.

Spread across multiple floors of the Tri-Main Center on Main Street in mid-city Buffalo, Trimania is set up for those who want to run the entire gamut of local dancers, DJs, bands and performers in just a few short hours with the confines of Buffalo’s industrial past.

Halfway down one hall you might find a gypsy jazz band playing an old Django Reinhardt song. Around a corner you could stumble upon a belly dance troupe doing their thing to South Asian EDM. Pop into one room in the former factory and you could see a garage rock band banging out sweaty, up-tempo blues. Trimania is a cornucopia for the senses and having both played there and attended – I suggest you keep moving to take it all in.

I guess I’m supposed to recommend a few “can’t miss” acts here and catching all of them might be tough since organizers tend to backload the schedule and set up a lot of conflicts in the process. That being said, you should really try to catch these performances:

Fleuron Rouge (multiple times and stages) – Hauntingly hypnotic, belly dancing is often performed to traditional music from the greater Middle East. However, the ladies of Fleuron Rouge are known for breaking with convention and dancing to everything from Iggy Azalea to Indian club music known as bhangra.

The 12/8 Path Band (Fourth floor 11:45 pm  1:00 am) – New Orleans may be blessed with brass bands on every corner, but what Buffalo lacks in quantity, we make up for in quality with the The 12/8 Path Band. The group is constantly moving, constantly playing and always propelling themselves and the on-looking crowd forward. It’s great family-friendly fun that everybody can dance along to.

Stairwell performances (2nd & 4th floor stairwell) – Trimania is known for tucking artists into all kinds of nooks and crannies and one of those ad hoc performance spots is the stairwell that accesses only the 2nd and 4th floors. Both Bill and Jamie’s House and John Toohill will be playing folky campfire songs, while Frosted Mess will be performing modern improv music.

In addition to the performances, many of the Tri-Main Center tenants will be setting up photo booths, displays and other exhibits. The proceedings are family friendly, but alcohol is also available – so the later it goes, the crazier it tends to get.