TRivia Nite @ the Site: An Evening of Friendly Competition 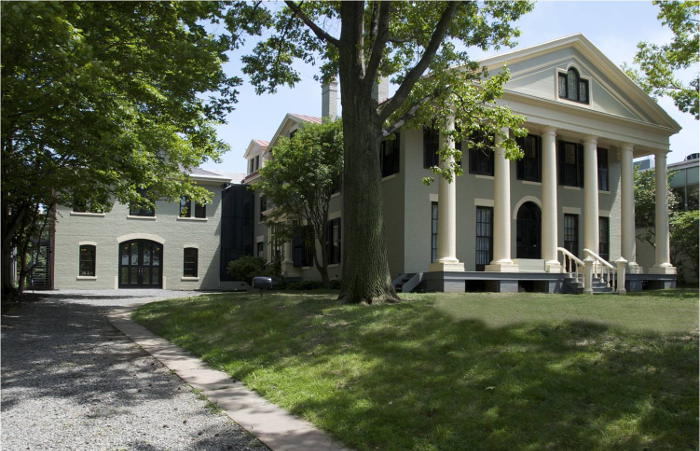 Trivia nights are funny things.
On the surface, they’re all the same, but once you get in them and the obscure facts start flying hot and heavy, each trivia event becomes its own animal.
At a recent TRivia Nite @ the Site hosted at the Theodore Roosevelt Inaugural National Historic Site (TR Site), we were treated to an evening of friendly, but somewhat intense competition. The regular event takes place on the third Tuesdays of each month and it’s a great way for professionals to experience the TR Site while having fun with friends and co-workers.
Co-sponsored by the Pan-American Grill & Brewery, a cash bar at the event features the Pan-Am’s “Roosevelt Red” ale and the top three teams win gift certificates ($50/$25/$20) to the bar.
Trivia topics ranged from the TR-era history to obscure pop culture, and while the two-hour quiz competition was a great night of entertainment – it was the surroundings, beer and good vibes that had us wanting to come back for more.

In case you didn’t know, the mansion at 641 Delaware Avenue is where our 26th President, Theodore Roosevelt, was officially sworn into office following the assassination of President William McKinley at the Pan-American Exposition in Buffalo in September 1901.
TRivia Nite is hosted on the second floor of the mansion in the event space and before we sat down to enjoy a beer, my guest and I took a quick self-guided tour of the upstairs historical displays. The rooms included several interactive displays and exhibits, including the chance to get a picture in a replica of President Roosevelt’s office at the White House.
Back at the trivia event, I used my drink ticket to grab a draft of Roosevelt Red, a sandwich wrap and some fresh fruit – all included with the $10 admission. The cash bar also had several wines and an array of pop for sale in addition to $5 drafts of Roosevelt Red and Lackawanna Lager. 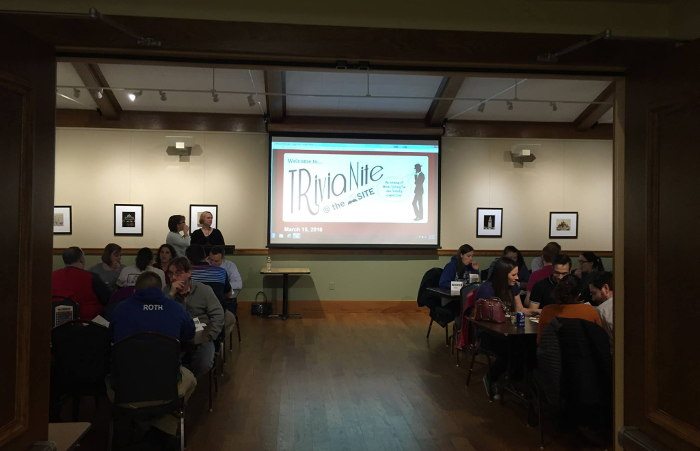 Having come as a couple and with many trivia teams of six or more showing up, we were paired up with a couple of sisters originally from Albany. With both of them in town for work, it was great to talk about Buffalo’s recent resurgence and future at an event celebrating the city’s more vibrant times of the past.
We found the trivia questions ranging in difficulty from nearly impossible to all-too-easy, a great range that alternately strokes the ego and racks the brain.  Trivia topics included US National Parks, current events, events during TR’s tenure, Schoolhouse Rocks, Presidential history and a round of general questions.
We also had two opportunities to make up ground by wagering on a single question – Final Jeopardy-style – one of which we blew completely.
To be honest, the trivia almost became secondary as far as the night’s entertainment went. During the competition, we were able to get to know our out-of-town teammates, enjoy a relaxed weeknight crowd, engage in a little competition and get some warm fuzzy feelings with proceeds for the night going to benefit the TR Site. 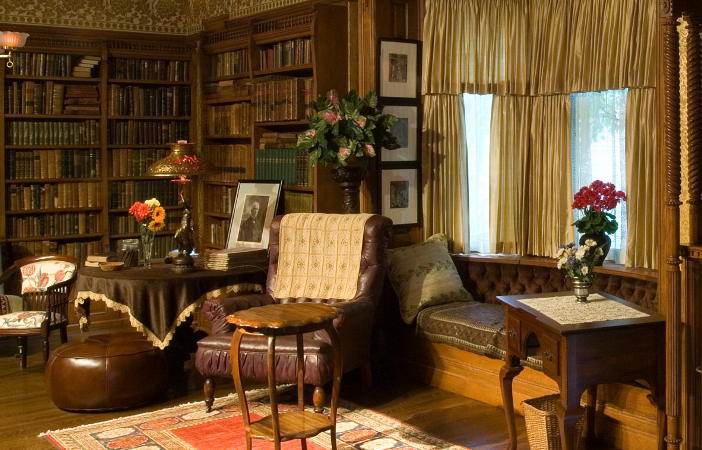 The Visitor Center and Tour

The Site’s Visitor Center opened in 2009 and features multi-media and interactive exhibits that bring the events leading up to the inauguration and the ceremony itself to life.
I took a tour of the mansion a few hours before TRivia Nite with TR Site executive director Stanton Hudson. The tour started with a film describing the Pan-American Exposition, which was scheduled to run from May to November in 1901. The assassination of the President in the festival’s Temple of Music essentially ended an exposition that was already experiencing less than anticipated visitation due to a wetter-than-normal spring and summer.
The tour then moves on to describe Roosevelt’s mindset as he prepared to take the oath of office. Many of the issues he would be facing as president – such as  immigration and urban poverty, race and social inequities, environmental conservation, big business and labor, and the U.S. role in international affairs – are still relevant and hotly-debated today.

“You’ve probably heard Donald Trump and Hillary Clinton talking about exactly those same issues,” Hudson told me. “So, for instance, back in Roosevelt’s day, there was debate about immigrants coming from Southern Europe, Italians in particular. On the West Coast, there was a debate about the Chinese coming to the United States.
“Now, we’re talking about Mexicans and Syrians coming into the country.”
Tying that thread – from Roosevelt’s time to the present day – is a big part of the experience at the inaugural site.
The tour culminated in the room where Roosevelt took the oath of office. Since there are no photographs of the swearing in ceremony, the best way to get a sense of what happened is to actually stand in the room where it happened and experience an audio recreation of the brief and somber affair.
All of the furniture along the tour has been staged to evoke Turn of the Century-era Buffalo, and you can almost feel both Roosevelt’s presence and the weight of responsibility that would come crashing down on his shoulders in that very house. 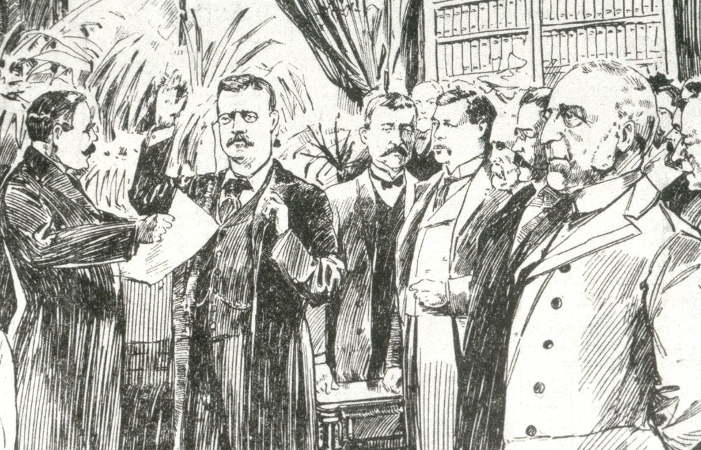 While TRivia Nite is more than a great reason to visit the Site, it’s just one of many the things going on these days at the historic mansion. If you’re someone who likes your history to be a bit more on the risqué side – you’re going to want to look into a unique upcoming opportunity to experience the museum in a brand new way.
The TR Site’s #adultfieldtrip is an irreverent and interactive romp through one of Buffalo’s most historic homes. This new tour visits corners of the museum the school tours don’t visit and dips a bit into both the macabre and NC-17 side of things. Limited to 10 participants at $15 per person, the #adultfieldtrip also includes activities and refreshments.

A speaker series hosted at the Site examines issues that were important during Roosevelt’s lifetime and continue to be relevant today. Admission is $5 and free to members.
The TR Site is also one of the three sponsors of the Allentown Literary Ghost Walks. While walking through Allentown, those on the tour are told several tales that inspired writers such as Mark Twain, Anna Katharine Green, and Harry Castlemon. It all happens amidst the backdrop of authentic Victorian homes – with a reputation for being haunted.
With all this going on at our local national treasure, there’s no better time to swing by the TR Site than this fall.