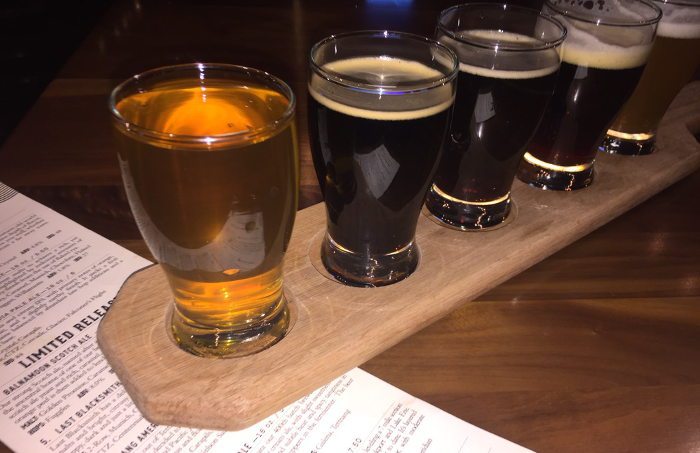 Even if you’re not an avid beer drinker, thanks to the increasingly creative flavors brewers are coming out with these days it’s becoming harder and harder to say you don’t do beer.
We’ve been huge fans of Big Ditch Brewing Co. here at Step Out Buffalo ever since they opened their enormous / beautiful tap room a while back. Most recently our fav Big Ditch brew was their Summer Sour beer, but there’s a new head honcho in town and he speaks Español.  Not surprisingly, these guys are back at it again with a limited release Jalapeño Cream Ale.  😱


When you bring the glass to your lips, your nose is immediately hit with a fresh jalapeno scent, and the flavor is there to back it up. This may sound gross when I say it, but it smelled and tasted like nachos which I personally think is awesome.  Who doesn’t love the tangy spice of nachos? I loved every second of it.
Although it is a limited release, the bartender mentioned that there’s plenty left to last awhile, so get in and try a pint!  You can enjoy a 16oz for just $5.