Written by the blonderooster
Published on September 27, 2016 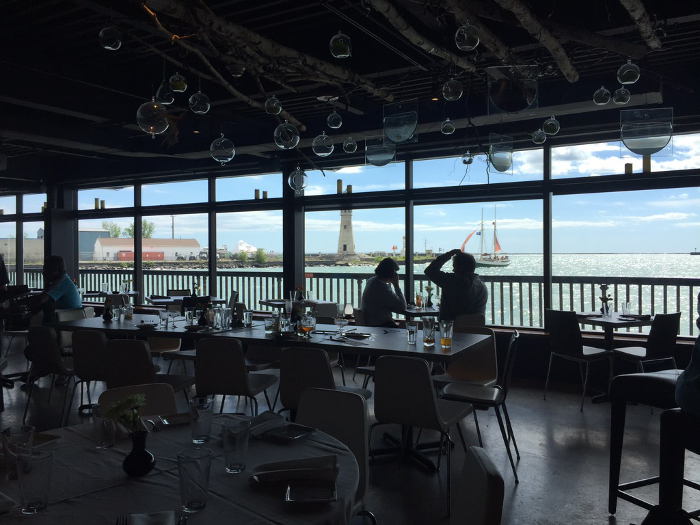 I was first lured into William K’s by the promise of beautiful views of lighthouses and sailboats.
It turns out the view is just as good as they say, but if the view is what you come for, the cocktails are the reason you’ll stay.
When you walk in to William K’s dining room and bar you’re immediately greeted with natural light and windows overlooking the water. If drinking on the patio is an option during your visit it comes highly recommended.

While you can never go wrong (at least I can’t) with a gin cocktail, my mood lead me to try something new off William K’s menu which is broken up into “Shaken & Refreshing” and “Stirred & Spirit Forward” BTW. My choice was Buffalo Sour (Shaken & Refreshing) – a mix of Bourbon, Loganberry shrub, lemon, orange, and egg white ($10). 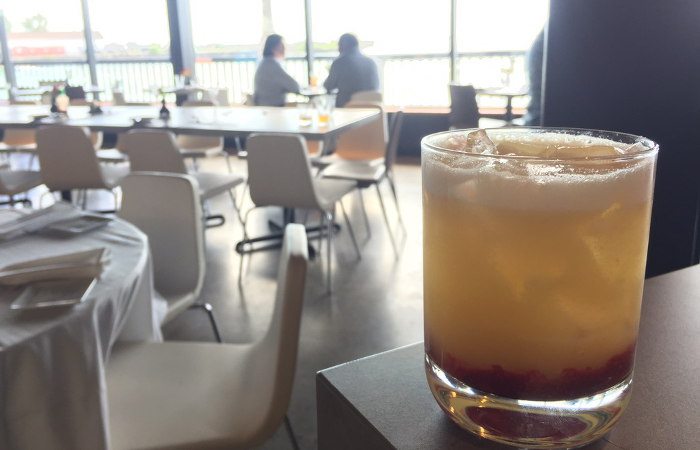 In a word it was delicious and not quite as strong as I imagined it might be. The whipped egg white created a welcomed frothy layer while hints of loganberry took the edge off what can sometimes be a harsh bourbon sting. The Buffalo Sour combined with the view is worthy of a return trip.
William K’s has a nice menu of cocktails including a few that are on my radar for next time. Namely, The Old Man at Sea (white rum, Luxardo maraschino, fresh lime, house-made grapefruit shrub) and Jet SeBrugal Xtra Viejo (Allspice dram, fresh orange, fresh lemon, sugar & whole egg).
And because no one, I repeat no one, likes to drink without snacks, William K’s offers a nice selection of appetizers too including fresh seafood selections like east coast oysters ($16) and ceviche ($12) along with savory options like Roasted Bone Marrow ($10) and Formaggio al Forno ($10) with baked goat cheese, parmesan & blue cheese, and bruschetta. The menu also includes salads, sandwiches, savory meat entrees, pasta, wood oven pizzas, and fresh seafood for those looking for something a bit more substantial.