New in Allentown: The Twilight Room 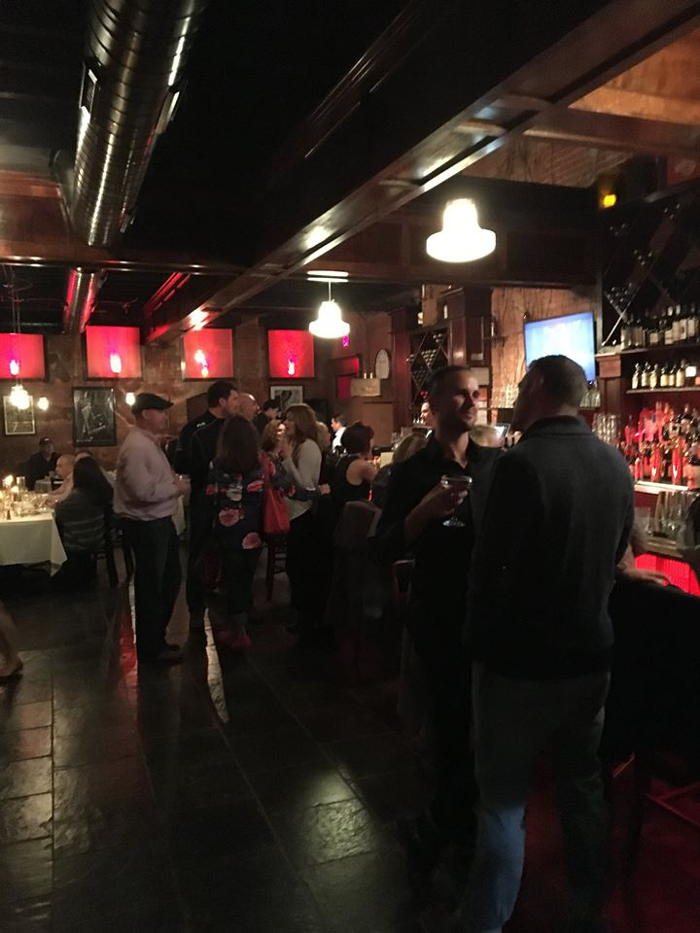 A president who preaches laissez-faire policies, a penchant for isolationism and a deep suspicion of incoming immigrants – the Roaring Twenties also saw a vibrant Buffalo.
The City of Good Neighbors was at the peak of its powers back then and blissfully unaware of the long economic slog the region would go through over the course for the next 90 years.
Those post-WWI days are the timely inspiration for The Twilight Room, the newest dining establishment on Virginia Place in Buffalo. Decked out in old found objects and items sourced from local antique shops, the restaurant truly does evoke the feel of a bygone era.
Located in the former Scarlet space, The Twilight Room is the passion project of Jason and Steven Lorenzo. The brothers are veterans of the hospitality industry and have more than four decades of experience between them.

On a recent visit, Jason Lorenzo told me funds for much-needed building renovations and décor changes from the former occupant all came out of his and his brother’s own pockets. A word of warning to would-be restaurateurs: Most banks and investors see eating and drinking establishments as very risky investments to be avoided.
Lorenzo told me the lack of outside financial support only tempered his and his brother’s passions.
“We couldn’t afford to pay for someone else to be passionate for us,” he said, looking me straight in the eye.
With Mothers Restaurant and Fat Bob’s Smokehouse having already made Virginia Place an eating and drinking destination, The Twilight Room offers visitors one more option on their night out in Allentown.
“We know that you don’t compete against places like that,” Lorenzo said of his neighbors. “We know that you work amongst them. We’re trying to create a destination in Buffalo that people can walk back and forth to different businesses and utilize the street.”
“We just want to fit in and be one of those businesses,” he added.

The Lorenzo brothers look to distinguish themselves from their neighbors by taking the best of each, if you will. The Twilight Room will feature the upscale food and craft cocktail of Mothers, as well as the vibrancy of Fat Bob’s, with live jazz and blues every Friday and Saturday from 7 p.m. to 9 p.m.
If you want food and drink that never went out of style, like, say a 24 oz. rib-eye steak or a Ramos gin fizz, this is the place to get them. Both the food and cocktail menus are full of American classics and made with fresh, locally-sourced products. Guercio’s, Ashker’s, Mercantile Cheeses and local distilleries all make an appearance at Twilight Room, Lorenzo said.
“Everything is fresh, nothing is frozen, except the ice,” he added.

Live jazz and blues can make any steak or cocktail taste better, but Lorenzo said the decision to host these two uniquely American styles of music was based on more than just having live entertainment.
“There are other places that offer it, but for us – we wanted to create a sort of step back in time when you walk through our front door,” he said. “So, from the front of the place to the back of the place, and everything in between, it’s almost as if you’ve stepped back in time to when Buffalo was a thriving, bustling city that offered jazz and blues in a lot of clubs.” 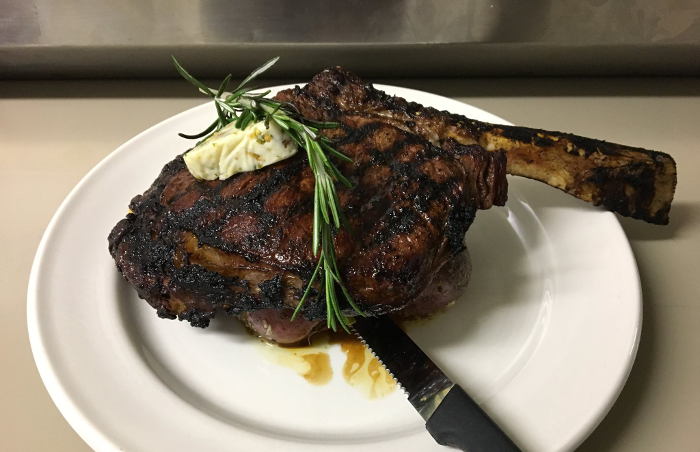 “The Sinatra,” a 24 oz bone-in Rib-eye prepared using the “Original Rub” recipe created exclusively for Frank Sinatra himself, finished with a pistachio compound butter and grilled “your way.” / Photo x The Twilight Room

You might expect two people with more than four decades in the service industry to know a thing or two about hospitality, and if the reception I got walking anonymously through the front door one Friday night is any indication – they sure as hell do. I was greeted very warmly by the several staff members that approached me.
“We’re trying to create an ambience not only for the patrons, but also for the employees,” Lorenzo told me after we sat down for the interview.  “The happier that your employees are, the happier that your customers are because customers can read that happiness.”
For more info on The Twilight Room head to twilightroombuffalo.com and follow them on Facebook.