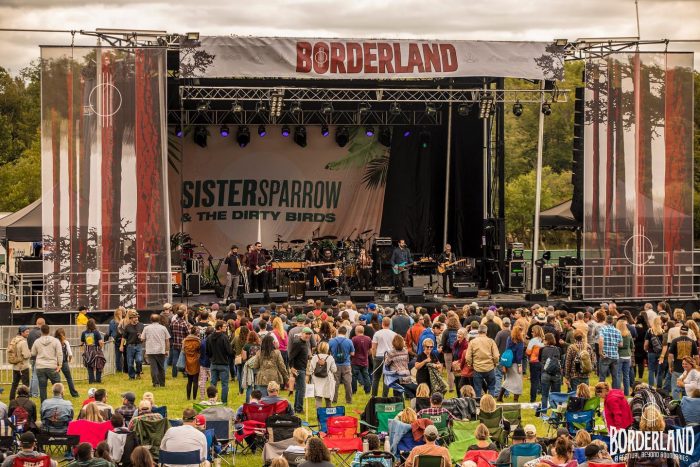 FYI there’s a major music festival happening right here in Buffalo and it’s called Borderland Music + Arts Festival. Music lovers, this is exactly where you want to be on September 21 and 22.

If you haven’t already heard, tickets are super #worthit and for multiple reasons. Firstly, tickets are ridiculously affordable. Plus, the scenic and storied grounds at Knox Farm Park are absolutely gorgeous.

But let’s talk about the most important reason– the lineup. This lineup is so diverse and different, and that’s exactly why so many people are loving it. There are 24 bands are performing and a range of genres will be represented, including blues, funk, folk, rock, country, and soul. Aka there’s something for any and every music lover to love about this lineup.

Here are the 2019 acts and what you need to know about them:

This American southern rock jam band is known for its cleverly-crafted songs and intelligent lyrical commentary. Since dropping their first album back in 1995, Gov’t Mule has become a staple act at music festivals across the country.

Greensky Bluegrass hails from Kalamazoo, Michigan. This five-piece American bluegrass rock band has created their own version of bluegrass music by blending the acoustics of a string band with the rule-breaking spirit of rock and roll.

Rose-Garcia got his start performing as a one-man-band. Now armed with a full band, this Texas songwriter is making the shift to away from folk and toward lush indie rock.

Mavis Staples, a Rock and Roll Hall of Famer, is a rhythm and blues and gospel singer and civil rights activist. This once-in-a-generation artist is considered one of America’s defining voices of freedom and peace by NPR. 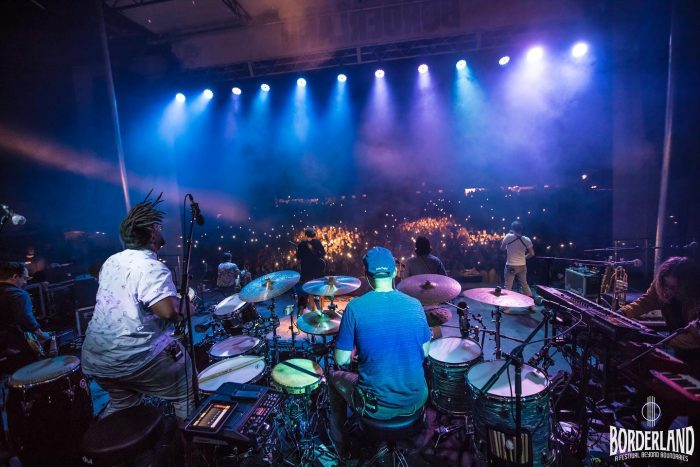 Two brothers decide to form a band by taking the blues and folk sounds they loved as kids to create their own blend of folk rock. Their latest album is their most dynamic recording to date.

Keller Williams will be joined by Oteil Burbridge of Dead and Company and backed up by the Infamous Stringdusters. Think loose interpretations of Grateful Dead songs done in a bluegrass style. If you like singing along to Grateful Dead songs but dancing double time to the music, this performance will be your jam.

An unassuming group of five friends came together to form this award-winning bluegrass ensemble. The group is known for relentlessly exploring musical possibilities and breaking down boundaries in the process.

This alternative country singer from Nashville, Tennessee has built a career on capturing timeless, deeply human sentiments and bringing colorful characters to life.

This Saskatoon-based quintet is built on the foundation of classic rock, three-part harmonies, and dual guitar leads. Their distinctive blues-rock style has been described as simple, good-time music.

This group brings together five talented artists from across the musical spectrum. Together, their sound is gritty and refined, sprawling and restrained, straightforward and psychedelic.

This folk, psychedelic rock band is based out of Nashville, Tennessee. The trio blends together multiple genres together to create an all-around feel-good sound.

This progressive string band from Central New York is made up of four musicians from varied backgrounds. Their style ranges to include everything from traditional bluegrass to jazz to classic rock.

Grant Farm is self-described as a brotherhood with a song to sing and a story to tell. This cosmic Americana band from Boulder, Colorado has entertained a growing fan base, especially in the festival scene.

Miller and the Other Sinners

This married duo met in Memphis where their love of music drew them together. Their unique style of folk music blends harmonies backed by guitar, harmonica, and suitcase percussion to create a sound of their own.

This 26-year-old songwriter from Rochester, New York routinely defies expectations. Her arrangements combine elements of rock, folk and pop, and her own vocals. Her instrument of choice is the harp, which she started playing at age 8.

This band is known for playing real, no-holds-barred electric blues. They have been recognized as one of the top blues bands in Western New York and have been invited to headline at some of the largest music festivals in the country.

This Grateful Dead and JGB tribute project is dedicated to preserving the spirit of this music for the next generation of Deadheads.

This original roots rock band is originally from the hills of Allegany County. Their sound marries the folk and country with rock and roll influences.

This quartet out of Buffalo, New York plays a rowdy blend of rootsy folk, jazz, and blues. They combine classic forms with contemporary feelings and irresistibly danceable energy.

This collective from Columbus, Ohio consists of three vocalists and a six-piece jazz ensemble. Think an unexplored hybrid of hip-hop, jazz, and pop music.

Hailing from Anchorage, Alaska, Wolfcamp is influenced by traditional blues, grunge, and classic rock. His sound is rustic, raw, and loud.

This alternative folk band is inspired by grassroots, infused with soul, and born from the indie scene. Their catchy rhythms are married with meaningful lyrics for music that will hit you in the heart.

This close-knit band of two brothers and two friends grew up in the Hudson Valley here in New York. these self-taught musicians started by playing on subway platforms and sidewalks in NYC. They have since become a recognized American folk rock and country rock band, touring all over the world.

Get Your Tickets NOW!

Head over to the official Borderland website for more specifics on this year’s lineup, and snag your tickets before the festival sells out. 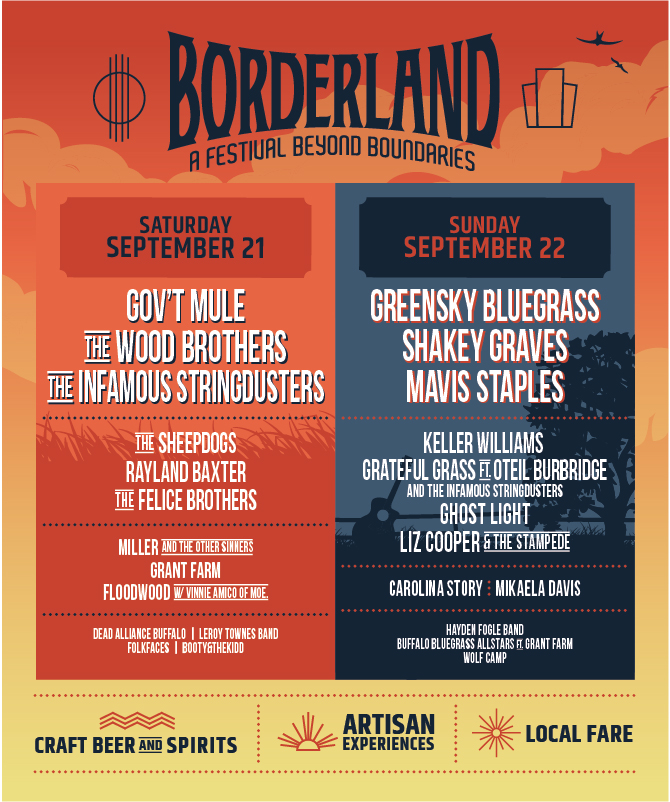