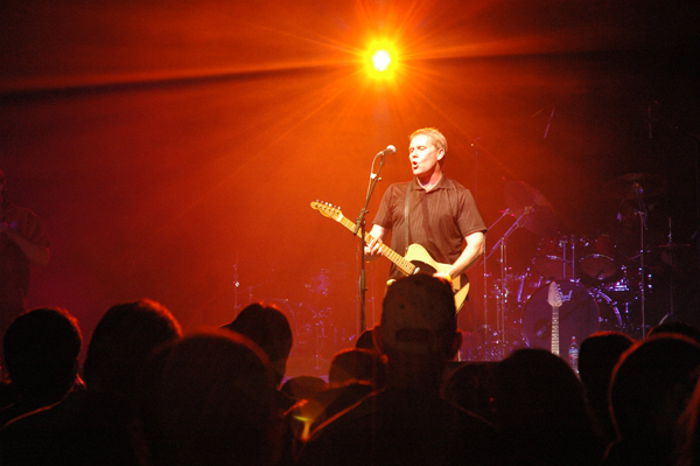 Photo by E. Iglesias from englishbeat.net

If you remember 1997, then you probably remember that ska was EVERYWHERE that summer.

The Mighty Mighty Bosstones were playing in every mall store and 103.3’s Edgefest even featured Buck-O-Nine, with their hit “My Town.” And who can forget Reel Big Fish’s take on the 80s classic “Take on Me”?

Well, you may (or may not) be surprised to learn that ska first became massively popular in the late 70s and early 80s thanks to British bands like The English Beat – who will be at Buffalo Iron Works this Friday.

The late 90s ska revival did include paying homage to earlier bands like The English Beat and their hit “Mirror in the Bathroom” was even featured in the John Cusack-Minnie Driver classic “Grosse Point Blank.”

The band hasn’t put out new music in over 30 years, but that’s all about to change as the ska veterans are launching a crowd-funding campaign to support the recoding of a new album. For pledging various levels of support, contributors can get everything from a signed vinyl copy of the new record to an invite into the recording session where they’ll actually be able to sing on the chorus of one of the songs.

For those thinking about seeing the underground legends at Buffalo Iron Works on Friday, they can expect the band to roll out “three or four” new songs, according to recent comments made to LA Weekly by frontman Dave Wakeling.

The English Beat, known as just The Beat in their native UK, started as a bunch of lads from the blue-collar town of Birmingham, the same town that serves as the setting for the Netflix show Peaky Blinders. By 1978, when the band was forming, punk rock had already burned white hot and fizzled out. Young kids from England were looking for a different sound and many of them turned to the up-tempo reggae music coming out of Jamaica known as ska.

A part of that British wave, The English Beat scored their first big hit with a ska cover of Smokey Robinson’s hit “Tears of a Clown,” and the rest, as they say is history.

Opening the show is Buffalo’s own The Rockaz, who bring their own local blend of reggae, ska, funk and R&B. I saw The Rockaz play a couple years back at the Burchfield Penney Art Center and was blown away by the fact that such a great original party band could be from right here in Buffalo.

These guys are not to be missed so don’t show up late.

The English Beat w/ The Rockaz