The Atlanta-area shootings that killed six women of Asian descent back in March sparked a national conversation around the racial issues faced by this part of American society.

While many people and organizations have proudly backed the #StopAsianHate campaign, including Step Out Buffalo, sadly, many have not. A quick scan of social media will show a range of unimpressive reactions; from some people outright denying the existence of racism, to some businesses that appropriate Asian culture side-stepping the issue altogether.

Asians and Asian Americans have a unique challenge in that they must battle the Model Minority Myth. This is the idea that people from Asia tend to be smart and successful – and therefore don’t need any special attention or support from non-Asians.

While it’s true that a significant subset of Asian Americans is successful, large swaths of US Asian society have been relegated to low-income work in places like restaurants and nail salons. Data from the Pew Research Center shows that American Asians have the biggest income gap between the top 10 percent and the bottom 10 percent of any ethnic group, including Black Americans. This troubling class divide was only made worse by the COVID-19 pandemic and brought into stark relief by the rise in hate crimes against Asians over the past year, which reached a crescendo with the horrific Atlanta shootings.

Even Asians that have good career prospects face challenges. In prosperous Silicon Valley, people of Asian descent are the biggest minority group, but they are the least likely to be promoted into executive positions. According to data from the Equal Employment Opportunity Commission, Asians make up 47 percent of the Silicon Valley workforce, but just 25 percent of tech executive positions.

All of this is to say – your show of support for local Asian-owned restaurants is a simple way to do the right thing in 2021. Below is a short list of places that maybe don’t get the love they deserve, but by all means, don’t let your support of Asian-owned businesses be dictated by this list.

Ask local Lyft and Uber drivers which restaurant most people go to straight from the airport, and they’ll likely mention Buffalo Little Lamb. The popular hot pot restaurant can be a full-on experience, from cooking your own food in a seething cauldron of spicy broth, to singing your heart out on the karaoke stage. There are also private suites replete with karaoke setups, for those who don’t want a restaurant of complete strangers to hear their drunken rendition of Dolly Parton’s “9 to 5”.

If you’ve never been to a hot pot restaurant or are relatively new to the concept, check out the following video.

Being the only Bhutanese-Nepalese restaurant in the Buffalo area should be reason enough to visit Druk Cuisine Kitchen, but the humble plaza restaurant is putting out some of the best spicy food in Western New York.

Bhutan and Nepal are countries located in the Himalaya Mountains, between India and China, and the geography of these locations are reflected in the flavors coming out of Druk Kitchen. If you like noodles, spice and heat – this place is your jam. Oh, and you’d better like heat. Menu highlights include massive “momo” dumplings and four different types of biryani.

One notable exception to standard mall food at the Galleria is Boba Stop. Located at the Macy’s end of the mall, Boba Stop serves up very good bubble teas in a wide range of flavors. However, the mall food stall also serves cheap, delicious Vietnamese sandwiches, dumplings, egg rolls and summer rolls. You really can’t beat Boba Stop’s lemongrass beef banh mi, which can be yours for a measly $6.

Sadly, if you live in Buffalo or the Southtowns and want authentic Korean food, you really don’t have options nearby. But given the large influx of Koreans around UB, the Northtowns do have several great spots for the spicy, savory and quite trendy Asian cuisine.

If you want Korean classics like bulgogi or the volcanic kimchi jjigae stew, Koreana is probably your best bet. Coming in a full palette of colors and hues, the food looks as good as it tastes, and the (counter) service is pretty easy to navigate for non-Koreans. Tucked away in a strip mall behind a defunct auto shop, Koreana is a quintessential hidden gem that is worth finding.

Because we have such a massive Burmese population here in WNY, it leads to all kinds of pan-Asian mashups that you might not find in other areas. One such example is Chin Hills, which serves very good Korean and Burmese food.

In addition to offering variety, Chin Hills is also a great value. Attention cheapskate readers: The restaurant offers massive lunch portions of Korean classics like dumpling soup and bulgogi for just $8, along with free green tea.

Considered by many to be the best bubble tea spot in WNY, Icha Café offers the drink in a massive array of flavors and topping varieties. The dessert café also has sweet Japanese pancakes and Hong Kong-style dessert waffles, which are bubbly Chinese waffles shaped into a cone and filled with ice cream and other toppings. *Five drool emojis*

The Sato Restaurant Group is very successful and it’s admittedly a bit of a stretch to say Sato Brewpub is an underappreciated Asian restaurant. However, the restaurant eschews stereotypes by being its own unique thing, which should be celebrated more. If you want local house-brewed beer, ramen, loaded fries, yakitori skewers, shots of shochu or bites of sushi – there’s no other place in town.

Located in the basement of the historic Dun Building, Sato Brewpub also has an exotic hideaway vibe, which makes for an ideal date spot.

The 5 Underrated WNY Breakfast Spots You Need in Your Life

Brett Llenos Smith is a freelance writer based in Buffalo’s Allentown neighborhood who has been covering local food and culture for the Step Out Buffalo over the past six years. As someone with a multi-ethnic background, he has a passion for exploring and understand the many diverse corners of Western New York.
Find More ➭ Cuisine Guides, Support AAPI Businesses, Underrated Finds

Photo courtesy of The Flower Stand One thing we know: Everyone loves enjoying the great outdoors during the summertime in Buffalo & WNY. So how about a flower farm? Hold onto your seatbelts - these four WNY u-pick flower farms are open for the season. Photo... 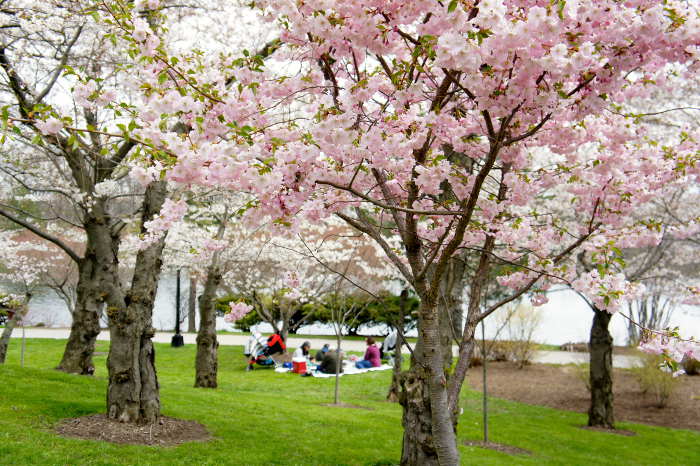 A picnic date offers all the romance of spending time with your special someone while avoiding the hassles and expenses of dining out. And – here’s the million dollar secret – that person you’re with? They’ll love it! “So what should we fill that basket with?” For...