10 Upcoming Restaurant Openings to Get Excited About 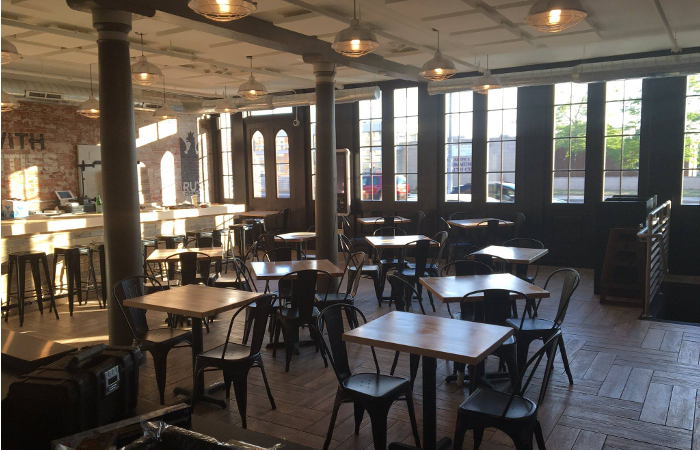 When the weather is this nice, it’s easy to fill your Facebook time catching up on which events are happening when – and any other free time actually getting out there and enjoying them. We here at SOB are guilty of it too. But let’s do our best not forget Buffalo’s first love – food. While the openings have slowed down in the past few months, they’re coming back in full swing as we head into fall. Ready or not, it’s eatin’ season friends!
Real talk: even if we had any specific info about when these restaurants are opening, the date can and probably will change in a hot sec. Some of the following will open within the month, some within the year, and some (god forbid) may never happen at all. And while a few establishments are barley underway, theres enough here to get us all kinds-a hyped up for their openings. Stay tuned to stepoutbuffalo.com for more detailed info on each soon-to-be restaurant.
Remember: Take any specific dates with a grain of salt! Most openings end up getting pushed back by at least a couple months. 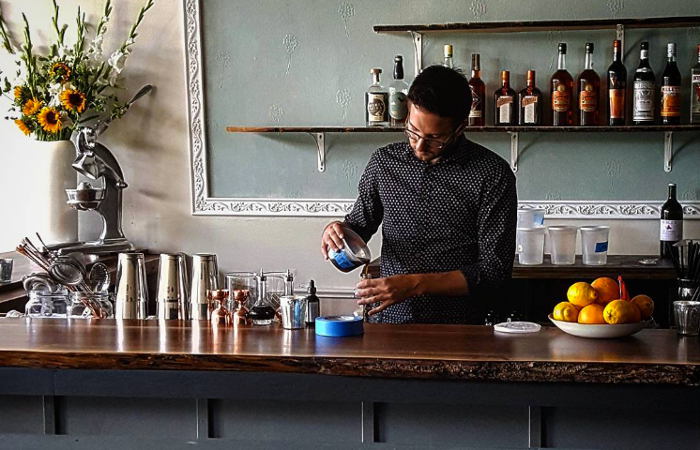 491 Amherst St, Buffalo
Setting up shop in the former beloved Black Rock Kitchen and Bar is The Dapper Goose. According to The News, owners it sounds like John Beane and Keith Raimondi are first time WNY restaurant owners but bring tons of experience and expertise to the project along with their start studded team pulling from major food cities across the northeast. (Read all about that here.) Needless to say, The Dapper Goose is at the top of the list for any and all WNY foodies this fall.
Get updates here > 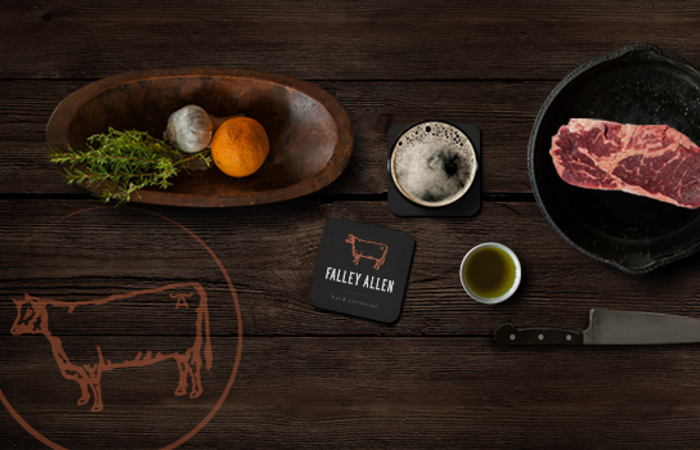 204 Allen St, Buffalo
After quite a few months of radio silence since this plan was announced, The News wrote in early August that construction on Falley Allen began in late July. The late start leads us to believe we may be waiting for this one a bit longer than we’d hoped, nonetheless we’re excited to see what Chef/Partner Christopher Diagler (Bourbon and Butter, Encore) and his team do with the space that most recently housed La Tee Da. FA will be in good company with the new Billy Club just a few steps away.
Get updates here > 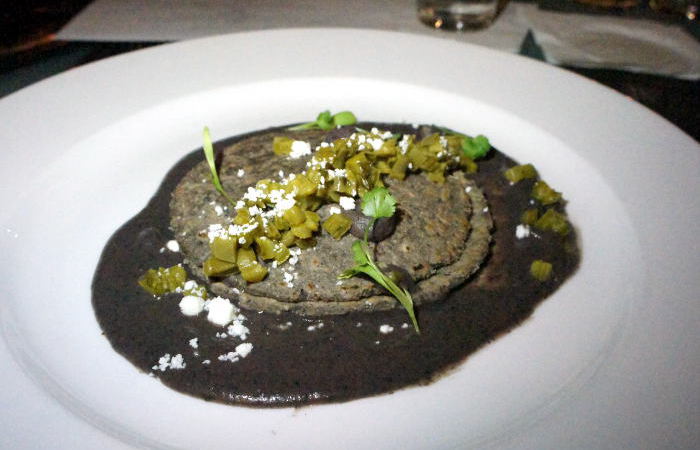 385 Rhode Island St, Buffalo
We (like everyone else in town) have been very patiently awaiting the opening of this upscale Mexican restaurant on Buffalo’s West Side by owner of Youngstown’s Jaguar at the Bistro – Victor Parra Gonzalez. While we’re not super clear on the details just yet, based on the pop-ups Parra-Gonzalez has hosted at a variety of local restaurants over the past six months, this is going to be good. Stay tuned, we’ll have all the good stuff soon, as we hear the opening is right around the corner (cross your fingers for a month at the latest).
Get updates here > 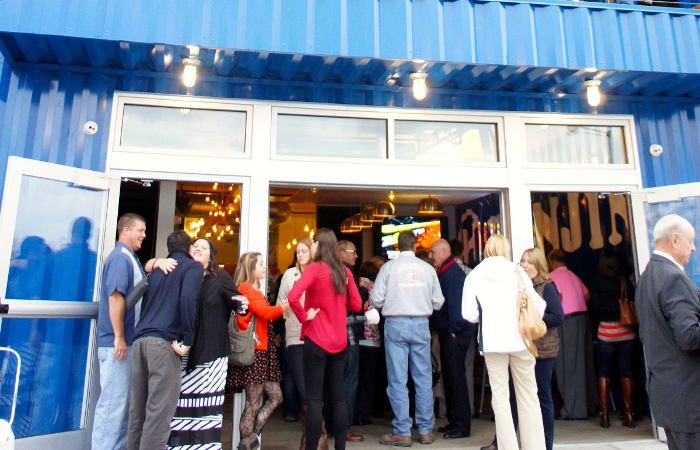 128 Genesee St, Buffalo
Frankly, we have no idea when this bad boy is opening in the former Dog é Style space, but we’re excited ’bout it. Just the thought of a venue with a focus on Mezcal is thrilling enough let alone more Mexican food by the owners of (upcoming) Las Puertas and La Divina in Kenmore.
Get updates here >

Genesee St overlooking Roosevelt Square
We’ve lovingly and temporarily named this unnamed restaurant MC 2.0. According to Buffalo Business First the first of two new restaurants by Martin Danilowicz will be located in “Steve Carmina’s Genesee Street building overlooking Roosevelt Square”. Both restaurants will serve lunch, dinner, and weekend brunch. I’ve gotta say, Martin has a way with restaurant names. Can’t wait to see what he comes up with here. This opening is planned for October.
Get updates here > 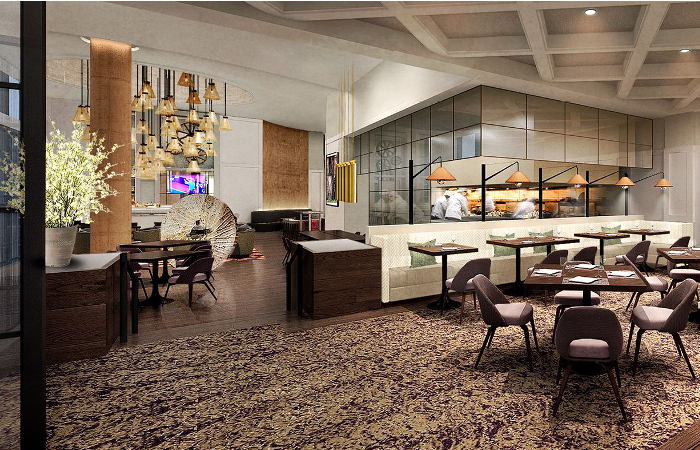 250 Delaware Ave., Buffalo
From the looks of the decor, food, and branding we’ve seen in photos, this is going to be a good one. According to their Facebook page you can expect a September opening, a unique wood burning oven, and a bar/lounge area featuring a mural painted by local artist Fotini Galanes in the brand spankin’ new Delaware North building. Finally, a reason to go in there!
Get updates here > 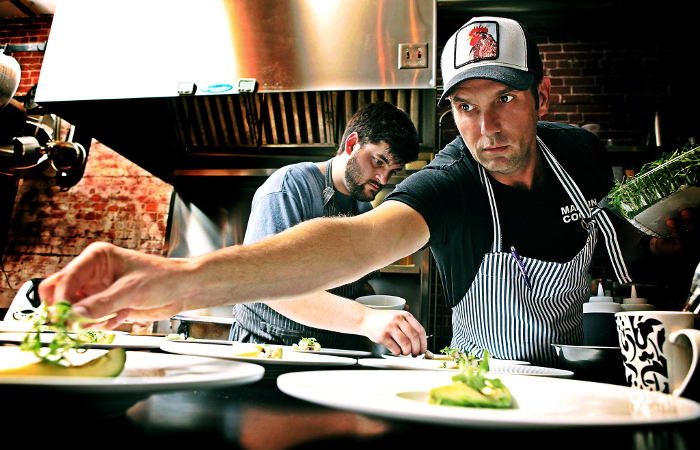 1502 Niagara Street, Buffalo
First of all, we could not be more obsessed with the name of this second of two new locations opening soon by Martin Danilowicz, previously of Martin Cooks which closed earlier this year. According to Buffalo Business First Martin’s first post MC stop is Niagara Street. They’ve already got a liquor license, ordered a wood-buring oven from Italy, and are working on the menu which sounds like it may be similar to the original Martin Cooks location. Roost is set to open in September – if all goes according to plan that is.
Get updates here > 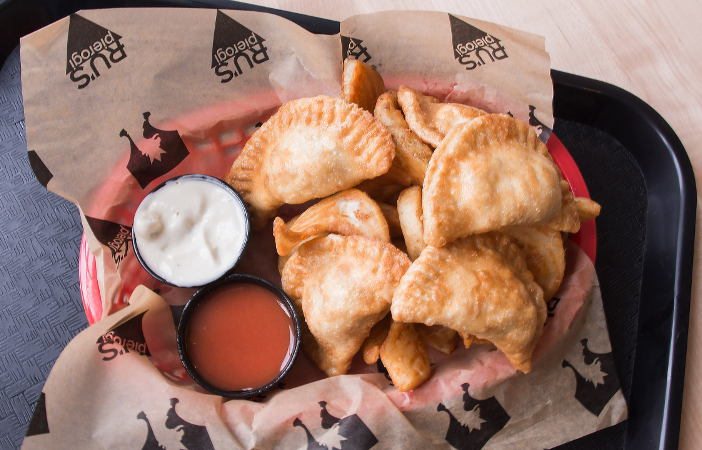 295 Niagara St, Buffalo
If you’ve been driving down lower Niagara Street eyeing the gorgeously renovated, 50,000 square foot building now called Turner Brother Lofts wondering what in the heck is happening there, this is your answer. The first floor will house the Ru’s Pierogi factory and fast casual restaurant/bar while 40 apartment units will occupy the uppers. Huge score for Niagara Street.
Get updates here > 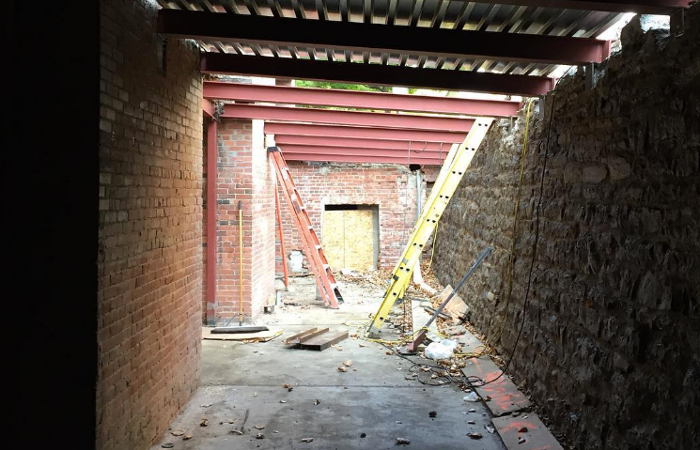 110 Pearl St, Buffalo
From the local ramen experts who brought us Sato on Elmwood and Sato Ramen on Main comes another Japanese restaurant with a brewery angle – Sato Brewpub. The third restaurant in the Sato lineup will open (hopefully) this winter in The Dun Building on the corner of Pearl and Swan and according to their Facebook page will feature a brewery where some “very funky beers will be brewed”. The design of the restaurant (learn about the building’s history in Buffalo Rising’s article) will give guests to opportunity to look on to the brewing process. According to Buffalo Rising the food will be something you might consider Japanese tapas. With Sato Brewpub Chef Satomi Smith will veer away from authentic Japanese cuisine, heading in a more experimental direction. We love how these guys aren’t afraid to keep reaching for more.
Get updates here > 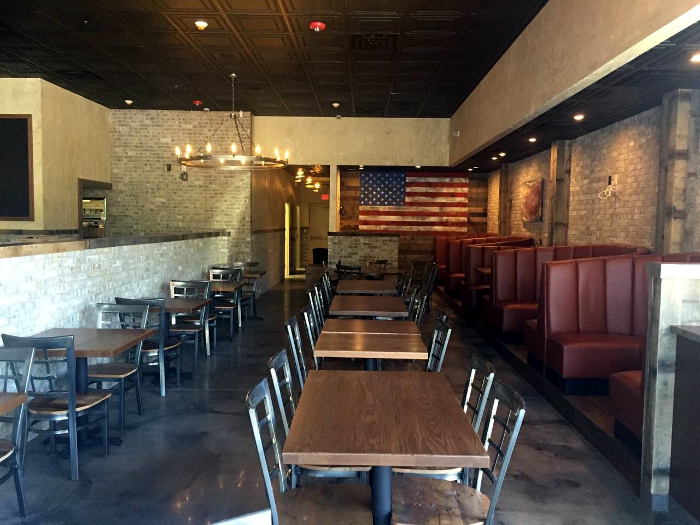 5989 Transit Rd., East Amherst
For Corfu native Chef Nick Rada the past 20 years have involved traveling the world and cooking for some of the most prominent people that inhabit it. The Oak Stave opening September 9th in East Amherst is Rada’s next adventure. In a recent interview Rada explained, “I’m all about fresh, quality ingredients. I’m not a big believer in using frozen product. In the kitchen here I have a very small freezer. I like to focus on big flavors and bring the brightness using simple flavors and techniques.”
Get updates here >