A comedy with dramatic undertones opens October 10 at Shea’s 710 Theatre.

Superior Donuts centers on the unlikely friendship between an aging hippie donut shop owner and a young energetic and idealistic employee.

Superior Donuts has been in Arthur Przybyszewski’s Polish family for six decades. His only employee, Franco Wicks, wants to change the shop and the neighborhood for the better.

If Superior Donuts sounds familiar, it’s likely because the show made its WNY premiere back in 2011 at The Road Less Traveled Theater. The play was well-received and that is why the company decided the bring it back to larger audience at Shea’s 710 Theatre. After all, as Buffalonians we can 100% relate to looking out for our neighbors and trying to improve the city we call home.

Plus, we love our donuts. Fun fact. The donuts you’ll see on stage for the performances will be provided by Paula’s Donuts!

Superior Donuts is one of five new shows coming to Shea’s 710 for the 2019-2020 season. As for the rest of the season, other productions include, Erma Bombeck: At Wit’s End, Christmas Over the Tavern, The Curious Incident of the Dog in the Night-Time, and Bright Star. 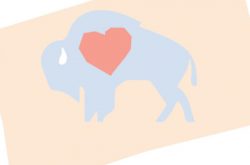 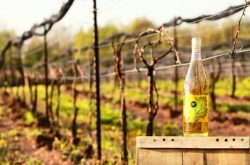 Squeeze Me, Make Me Wine

Snuggle by the bonfire with Wine and S'mores ... $15 per person! Includes: 4 Tastings and S'mores Bar Cafe Specials: Cheese &…
.

My Dad's Bar & Restaurant is full service. We offer diners dine-in, carry-out Breakfast, lunch and dinner. We offer a diverse menu…
.
Change Location
To find awesome listings near you!