Feel Good News, Things to Do 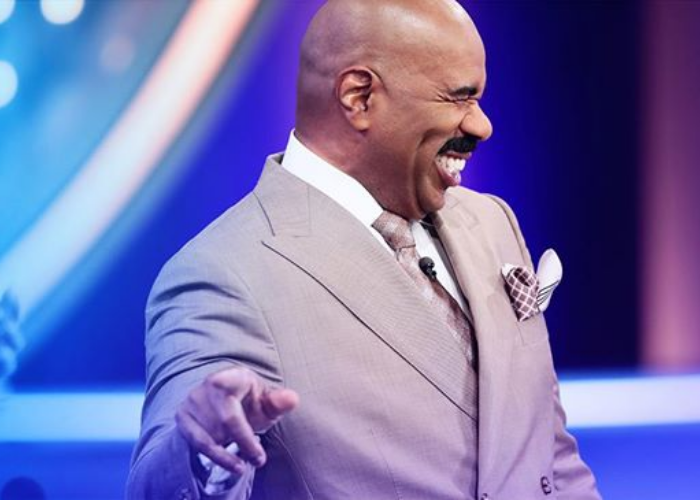 This one hits home here in Buffalo and we love it. It seems our former Buffalo Bill Bruce Smith has found some internet attention after this hilarious clip of his Celebrity Family Feud game went viral. The reason…well his tongue in cheek answer simply set Steve Harvey off.


In the video, Bruce Smith is doing the Fast Money round of answers with his team of fellow Hall of Fame NFL legends. In this round, he needed just 72 points to get to the winning 200. He may have been reaching a little too far with his first answer. The question was “If Captain Hook was moonlighting as a handyman, he might replace his hook with what tool?”. His first answer of “a hammer” was buzzed out and had already been said. The next best tool he could think of was, well, you’ll just have to watch the video yourself!
Bruce Smith went unphased until about halfway through the next question when Steve Harvey stopped mid-sentence to ask “what the f—- did he just say?”. This resulted in an eruption of hysteric laughter all around, and Bruce Smith bent over in both laughter and embarrassment. His fellow Hall of Famers, Michael Irvin and Cris Carter reactions are hysterical as Steve Harvey continues to be in shock.

Harvey’s famous line “Your ass is going on YouTube” turned out to be very true in this situation. We still love Bruce Smith, and his answer goes right along with Buffalo’s unique sense of humor.
You can read the full article here >
Looking for more funny Bills content? Check out 20 of the best 2020 billsmafia memes here!