“What a Brazen-Faced Varlet Art Thou, Buffalo! If you don’t make time to see some Tremendous Buffalo Theatre this Fall!” 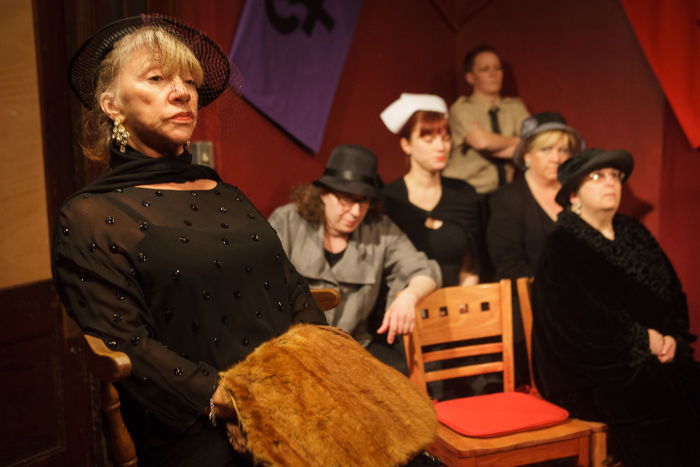 At the corner of Elmwood and Allen is Rustbelt books.  It’s a hippy, artsy little place that once played host to one of the most interesting theatre companies in the Theatre Alliance of Buffalo.  We’ve seen some original and diverse Theatre there in past seasons, presented by the one and only, Brazen-Faced Varlets.  This year, the Varlets are movin’ on up, to new venues and new subject matter.  Let’s Step Out Buffalo, to one of the Brazen-Faced Varlets’ 2014-2015 productions.  Where you’re sure to see the most interesting theatre north of New York City!

Their home base may be changing, but the Brazen-Faced Varlets are still bringing the female-driven drama this season.  Why do we need more female driven theatre?  Because women account for less than a third of all speaking characters in film and on stage.  The Brazen-Faced Varlets aim to change that, one play at a time.  The 2014-2015 season is comprised of three exciting productions:  a twist on a timeless drama, a comical look at arguably THE MOST classic of all Shakespearian plays, and (in true Varlets fashion) an original work, written, produced and directed by some of the most creative women (and one man) in Buffalo.

Don’t miss this classic American play that journeys into the jury box of the complicated trial of an 18-year old boy accused of killing his father.  I got the straight story about this staged reading, right from director, Niagara University Theatre Grad and native Buffalonian, Jennifer Gembka- “it’s a great story that shows the power standing up for what you believe in really can have.”  How can you go wrong with such a timeless theme? Featuring your favorite Varlets’ actors AND founding members, Lara Haberberger and Kelly Beuth. 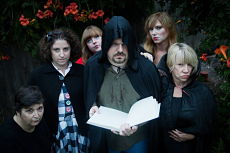 I love the sounds of this one my friends, just the title alone makes me laugh.  Directed by the acclaimed Toni Smith-Wilson, Ophelia Thinks Harder finds Ophelia, “struggling with her role as a young, intelligent woman in a medieval, patriarchal society.”  In this play, usually driven by men, (Hamlet, Laertes…even the servants Rosencrantz and Guildenstern for god’s sake!) the Varlets will turn the tables and provide us with a telling of what it’s like to be a woman when (most) men are losing their minds and biting the dust everywhere you look!  Featuring: Brittany Kucula, Rosa Fernandez, Elizabeth Oddy, Jennifer Gempka, Caroline Sanders, Kelly Beuth, Kate Olena, Kerry Alsheimer, Bekki Sliwa, Brianna Lanoye, and Ashley Evans.

Address: In the Box at the Church of the Ascension, 16 Linwood Avenue, Buffalo, NY

The fourth installment in BFV’s dark, original works series (preceded by, Ladykillers (2011), Way Wicked Women (2012), and Some Wicked Women This Way Come (2013)) focuses on the treatment of women in mental institutions in the 19th and 20th centuries. If just the idea fills you with childlike “Christmas Morning” excitement and anticipation, check out Asylum on Netflix (as a horror/thriller fan I personally recommend it) and take a tour of Buffalo’s haunted asylum, The Richardson Complex this October.  Don’t forget of course to order your season ticket to catch this ground-breaking original work.  Featuring: Kerry Alsheimer, Lone Man-Mike Beiter, Jane Cudmore, Theresa DiMuro-Wilber, Jennifer Gembka, Brittany Kucula, and Elizabeth Oddy.

To learn more about the Varlets and these exciting and dark productions, visit their website, www.varlets.org or like them on Facebook.  The Varlets also hold yearly auditions in the fall.  Speaking from experience, they are a very exciting group to work with; endlessly welcoming and creative.