Where to Catch a Drive-in Show This Summer 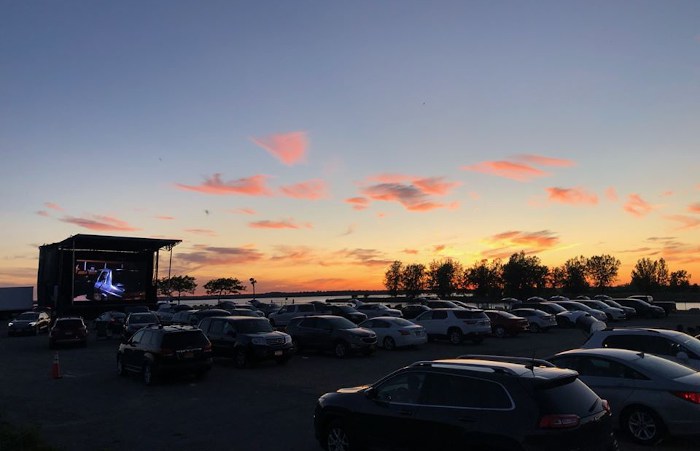 At least we still have Drive-in movies, amirite?

With most other events and festivals cancelled this summer and indoor movie theater opening dates currently in limbo, we’re leaning hard on these Drive-in options to step out and enjoy this perfect WNY summer – along with these other things that are not cancelled, that is!

Read on to find out where you can catch a drive-in for the rest of the summer around WNY.

Lucky for WNY, drive-in movie theaters were allowed to open as of May 15. The Transit Drive-In has been keeping Western New Yorkers informed about their opening status and what to expect via their Facebook page. Find details about how to purchase tickets, what will be showing, times, and more here.

Northtowners and Niagara County fams, you’ve got a drive-in movie series in your neck of the woods this summer thanks to Artpark. Launched as a safe alternative to large gatherings, Artpark is present Drive-In films on three LED screens on Tuesday and Thursday nights beginning June 16 for the entire summer.

In an adorable ode to their musical roots, Tuesday evenings will feature films made for music fans — concert films, biopics and other music-related content. The films shown on Thursdays will appeal to the whole family.

Learn more about the series here and get tickets here.

Buffalo’s Outer Harbor is hosting a Drive-In Movie Series brought to you by presenting sponsor The Greater Buffalo Area Honda Dealers and supporting sponsors MP Caroll Hardwood and Lavocat’s Family Greenhouse and Nursery! The series is free to attend, but you must get a ticket for each movie showing via Eventbrite. One (1) ticket per vehicle is required.

4. Live at the Drive Series at Transit Drive-In

Ok, so this one isn’t drive-in movies, but it’s worth mentioning. Live at the Drive is WNY’s first drive-in live music series happening at Transit Drive-In hosted by Buffalo Iron Works and featuring local bands. The series is planning a 16-show series through August. On Thursday nights Live at the Drive will offer a concert and movie combo night, while Saturdays will feature afternoon concerts only. Get all the info here.

A group of Step Out Buffalo team members worked together to create this post from research and writing to editing and imagery. Thanks for reading!
Find More ➭ Summer