Why Buffalo is The Perfect Safe City to Live Long Term

Feel Good News, Things to Do 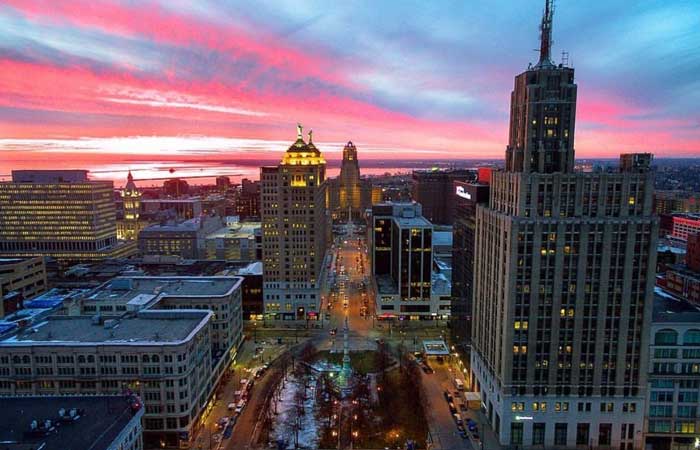 “People tuned in to climate change are asking the question, ‘Where is it safe to live in the long term?’”

The answer: Buffalo. Although we know that Buffalo can experience some pretty extreme weather conditions (and yes, we’re talking about the snow), it’s surprisingly not as bad when compared to other areas. In fact, Buffalo is one of the few cities in the U.S. that is best positioned to withstand climate change.

This NBC News article shares the story of Agosto and her family, whose lives changed forever after Hurricane Maria destroyed their home in 2017. So what did they do next? The family of five packed their bags and moved to Buffalo as a safer destination for them to settle down after the tragic events.

As we know, Buffalo isn’t immune to climate change. However, according to scientists, it is among the handful of cities that can become a more desirable place to live as the Earth begins to warm. Usually, people will just look at Buffalo as a snowy oasis, but now you can start looking at it as one of the safest cities to live, in the U.S. That’s pretty cool if you ask us!

Ok, we know you’re probably still wondering, but why is Buffalo considered one of the lucky cities that is expected to withstand climate change? Well, according to Jesse M. Keenan, a professor at Harvard University’s Graduate School of Design and an expert on climate change adaptation, it’s because of Buffalo’s access to bodies of fresh lake water, its distance from the coast, its elevation from sea level, and colder weather that will become more temperate.

Sadly, due to rising sea levels, there are many predictions that Americans will be displaced from their coastal residences by the end of this century. That’s why Mayor Byron Brown has already declared Buffalo to be a “climate change refuge” and has announced more sustainable energy initiatives to prepare for the future.

Overall, if you can handle our cold temperatures, Buffalo is a safe place to live long term!

To read the full story, check out this NBC article!