Born in Brittany, France, Le Caer is bringing French culinary education and Manhattan fine dining experience to his new Pastry by Camille shop on Hertel Avenue. Given to fiery, occasionally-profane rhetoric, Le Caer told me he’s loving the amazing savory dishes being put out by Western New York chefs right now, but he thinks the local pastry scene needs to step up its game.

Le Caer said he wants to spur healthy competition among Western New York pastry chefs, with the rest of us obviously benefitting.

“I don’t have competitors: I have co-workers. If we work hand-in-hand together, that’s what’s going to evolve people’s tastes, and then expectations of the pastry scene.”

I asked him: What makes a good pastry?

“Moist, crunchy, a bit of savory, creamy and sometimes you want acidity,” he mused. 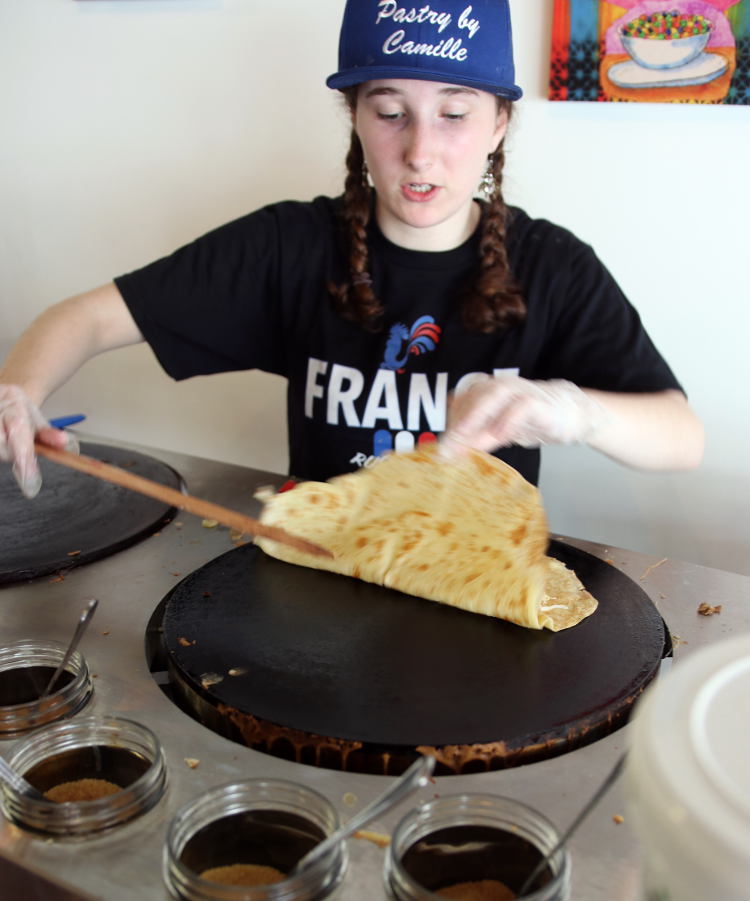 Pro tip: Le Caer said he’s been inspired lately by the idea of infusing his pastry water with herbs and other flavors, which you could probably try out on your own.

So I had high expectations before trying the food at Pastry by Camille. And you should too. La Caer and his small team have smashed it. On my recent visit, it was home run after home run.

I’ve had macaroons before and a lot of them remind me of bubble hockey pucks. The macaroons at Camille’s are sensual discs of intricate sweetness. The only way to eat them is with a soft, slow bite. They come in a plastic sleeve, but should probably come in a bejeweled case.

The eclair Paris-Brest ran the gamut of texture and flavor; from the hard snap of nutty almonds to the crispy choux pastry to gooey, sweet praline cream filling. Grated allspice on the pastry shepherded an earthy, savory kick to the palate. 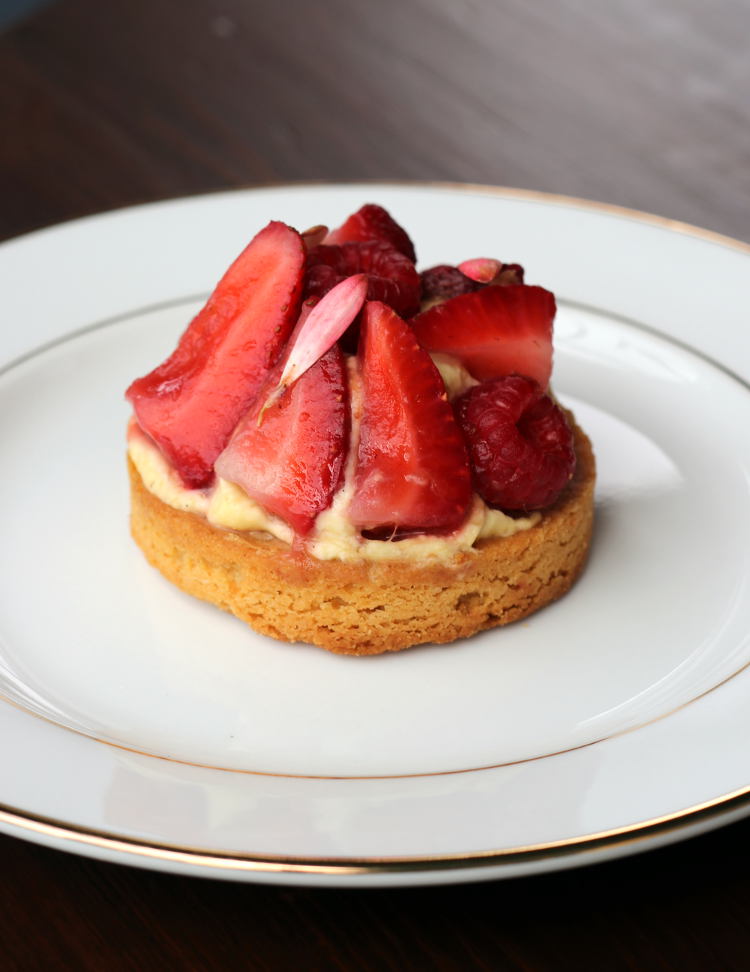 The croque monsieur was an exercise in simplicity. Made with ham, cheese and bechamel sauce; minimal ingredients flex a lot of flavor in this little sammy. The house-baked bread paired well with the salty ham and a smart amount of nutmeg gave a complexity the hearty sandwich absolutely begs for.

In addition to the amazing food, there’s also a clever selection of drinks. There wasn’t any alcohol available on opening day, but I was told there will be local beer and a good wine selection, including numerous French wines. You can also order La Croix, Johnny Ryan soda, and sparkling water.

Tea is often an afterthought at local restaurants. Not here: Palais des Thés has to be tried and this is probably the only place in Buffalo you can get it.

While Camille Le Caer may be fervent about food, he’s also passionate about people; families in particular. On my visit, kids were romping around the large dining room, people were playing foosball and preparations were being made to show World Cup games.

“I have a family, so I’m looking to get families and a space that matches with my life right now,” Le Caer said.

When our conversation turned to the premium Overwinter coffee he’ll be offering at the cafe, those twin passions, for people and food, became very evident.

“It’s a very hipster thing, to get this coffee, but I’m sorry; I don’t give a shit. I want good coffee,” Le Caer said. He then noted a lesson he learned while working at the Ritz-Carlton in New York City: Coffee and dessert is the last thing you pay for when you go out to eat.

“If you take your girlfriend out, and she thinks the coffee and dessert was good — then everything was good.”

Tags from the story
New Restaurants 2018 Step Out College
0
Facebook Twitter Pinterest
LinkedIn Email
Written By
Brett Smith
More from Brett Smith
While every business in WNY has a story that deserves to be...
Read More

We have a passion for great food and desserts. Combine our incredible drinks, a sexy hip atmosphere and a trendy location and…
.