This *Very Buffalo* Story is Guaranteed to Make You Smile

Under the heading of Weird but True, or A Long and Lonely Walk here is a story of why Buffalo/WNY IS the city of good neighbors. Rick Cohen the owner of Lockport’s Transit Drive-Inn is on a 1,034 mile walk from Kissimmee, Fla. to Camden, N.J. to raise awareness of the plight of drive-in theaters and raise funds for an Ohio drive-in that needs help. Wait! That’s not the weird part. He posted this goose bump-inducing story on his Facebook page Tuesday (Feb. 10) morning from someplace in Florida:

This is something I couldn’t make up if I tried. At the end of my second day of hiking on Sunday, a minivan pulled over around 5 pm to ask if I was ok, if I wanted a ride anywhere nearby, and even offered me some money. I didn’t think I looked that bad, but I’m sure I looked exhausted. They had no idea who I was, or what I was doing. I politely declined their kindness, and explained that I was on a 1,000 mile walking expedition to raise awareness and funds for drive-ins struggling to afford the conversion to digital projection. The people in the minivan were a 30ish looking husband and wife with their +- ten year old daughter. They told me they love going to the drive-in together as a family, and go to one back home all of the time. They said Lockport, New York. I’m not making this up, as I almost fell over in shock. I told them I own the drive-in in Lockport, and showed them my business card. It turns out that the husband, who’s name I forget, is the son of a former Buffalo Bill who played for the team in the late 1960s. We talked about the new coach and posed for photos together. Still can’t hardly believe it actually happened myself.

Cohen started his journey on Saturday (Feb. 7), a 1,034 mile trek from Kissimmee, Fla., the site of the annual UDITOA Drive-In Owners Convention, to Camden, N.J., where the world’s first drive-in opened on June 6, 1933. The backpacking journey is expected to take as long as six weeks.

“Over the years, I have witnessed many drive-in theaters close and be sold for development, or sit unused and forgotten,” Cohen said. “Hundreds and thousands of drive-ins have closed around the United States over the past several decades, with the property they sit on being redeveloped for ‘higher uses.’ The most recent upswing in drive-in related sales and closures is being facilitated by a different and more alarming reason.”

As if seasonal drive-in theatres didn’t already have enough going against them, technological changes in the way new movies are shown on their screens is requiring all theatres to replace 35mm projectors with expensive digital equipment, at a cost of roughly $75,000 per screen. Drive-ins which cannot financially afford the transition are being forced to go dark.

“I am very fortunate in that my drive-in is located in a region with a population base large enough to support the investment, which for us was an outlay of $300,000 for all four of our screens in 2012,” Cohen said. “Drive-ins located in rural, less densely populated areas are having a much more difficult time.”

These mainly seasonal, small-town, family operated, mom-and-pop drive-in operators simply do not generate the amount of revenue necessary to afford the transition to digital projection. They don’t run their drive-ins to get rich, and some struggle from year-to-year just to remain open. In most situations, the drive-in operation is a secondary income to their main, full-time jobs during the daytime. They run these drive-ins out of their passion for the outdoor movie experience, and a desire to provide their communities with affordable family-oriented entertainment.

In the entire United States, the number of operational drive-ins at the end of 2014 fell to around 330 locations, down from around 350 sites only one year earlier. More family owned, rural drive-ins are expected to close over the next few years, as the supply of 35mm prints from the movie studios is gradually discontinued in favor of digital technology which they can’t afford to purchase on their own.

“I am stepping up to help one of these drive-ins buy a new digital projector, so they can continue to provide the outdoor movie experience for their community,” Cohen explained. “The first drive-in which I have chosen to help make the conversion to digital is called the Auto-Vue, a single screen, family owned drive-in theatre located in Sidney, Ohio, which has been in continual operation each summer since 1956. Without financial assistance to make the transition to digital technology, this drive-in will eventually go dark.”

Cohen plans to raise enough through contributions to fund the Auto-Vue upgrade. But he hopes to raise more. Any funds which exceed the goal will go toward assisting additional drive-ins to make the conversion to digital.

“My goal is to raise enough money to assist at least one small town, mom-and-pop drive-in to remain open, while at the same time raising national awareness about the difficulty which many rural, small town drive-ins are facing to survive,” Cohen said. “While I will technically be walking 1,034 miles by myself through nine east coast states, I will not be alone in spirit. The ghosts from thousands of closed American drive-in theatres and the memories of the people who miss them will be walking beside me, along with the hopes of all the other small town drive-ins still struggling to keep their own big screen alive.” 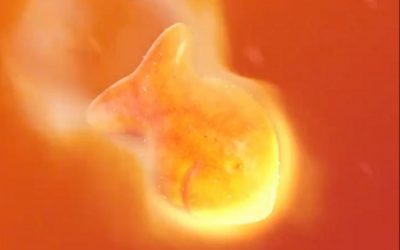 The Most Epic Buffalo-Themed Goldfish Flavor Was Just Released

Photo Courtesy of Frank's RedHot Pepperidge Farms and Frank's RedHot have decided to collaborate on the fish flavor to end all fish flavors. And the new limited edition "cracker" is absolute fire. Chief Marketing Officer of Campbell Snacks says: "We wanted to bring...

Game Night is About to Get a Serious Buffalo-Style Upgrade

Photo courtesy of 'Monopoly' It's family game night in Buffalo with a twist. Monopoly creators are reaching out to Western New Yorkers for a Buffalo version of the game. The game board will consist of thirty-four establishments around the city. Possibly highlighted by...

Photo courtesy of discoverlockport.com If you're looking for a place to retire in New York State look no further than Lockport. According to a recent study by Insurify, it was named as the best place to retire in the state. Who knew... As outlined in this post on...