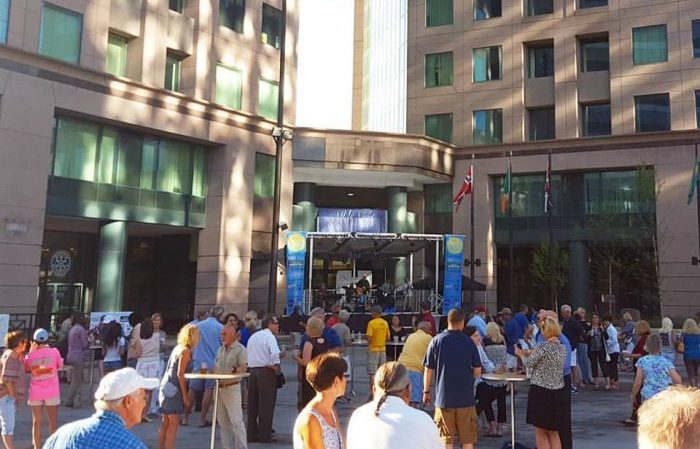 What is Queen City Social? It’s Buffalo’s own free, outdoor happy hour that takes place in one of the most unassuming spots in Downtown Buffalo. Not at a restaurant. Not at a bar. At Fountain Plaza!
Join your neighbors for Queen City Social’s second annual series to hear live bands, sip on local beer, and get food from a whole bunch of different Downtown restaurants. The theme of Queen City Social, a recurring weekly series from July 12 until August 23, is ‘all things local’ so the music, food, and drinks are all local, with beer from Big Ditch Brewing Co.
The free happy hour, presented by M&T Bank, runs from 5 – 8 pm every Wednesday starting July 12th. 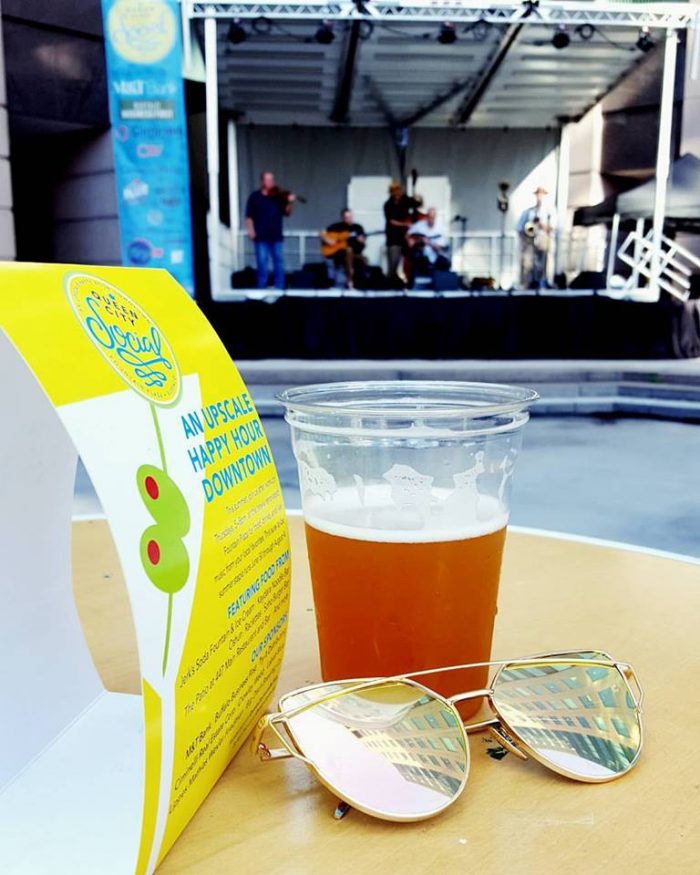 The Series will be produced by Buffalo Place Inc., a not-for-profit agency dedicated to improving the economic health and quality of life in Downtown Buffalo. If you work in Downtown may recognize those familiar blue Buffalo Place trucks, planting and watering flowers and picking up garbage. If you’ve worked in Downtown Buffalo for a long time… you may remember why the Fountain Plaza location is so special.
30 years ago, in 1987, Fountain Plaza played host to the first ever Thursday at the Park season, produced and managed by Buffalo Place. One year later, in 1988, crowds for the happy hour became too large for the space, the Series moved to the venerable Lafayette Square and Thursday at the Square was born.
Fountain Plaza is a beautiful gem Downtown, located along the NFTA Metro tracks, in a block newly reopened to cars. With a water feature and fantastic Downtown views, this is the perfect venue to bring the city together on a beautiful summer evening!
Did we mention the local bands?